Since the early 1980s, there have been four BNU scholars who went to the Free University of Brussels and earned their Ph.D. degrees from Professor Ilya Prigogine, the 1977 Nobel laureate in chemistry and founder of the “Brussels School”. Back in China, they introduced self-organization theory into Chinese academia. With the full support of Professor Qian Xuesen (Hsue-shen Tsien), BNU founded the undergraduate program of systems theory in 1985 and initiated the construction of systems science discipline. 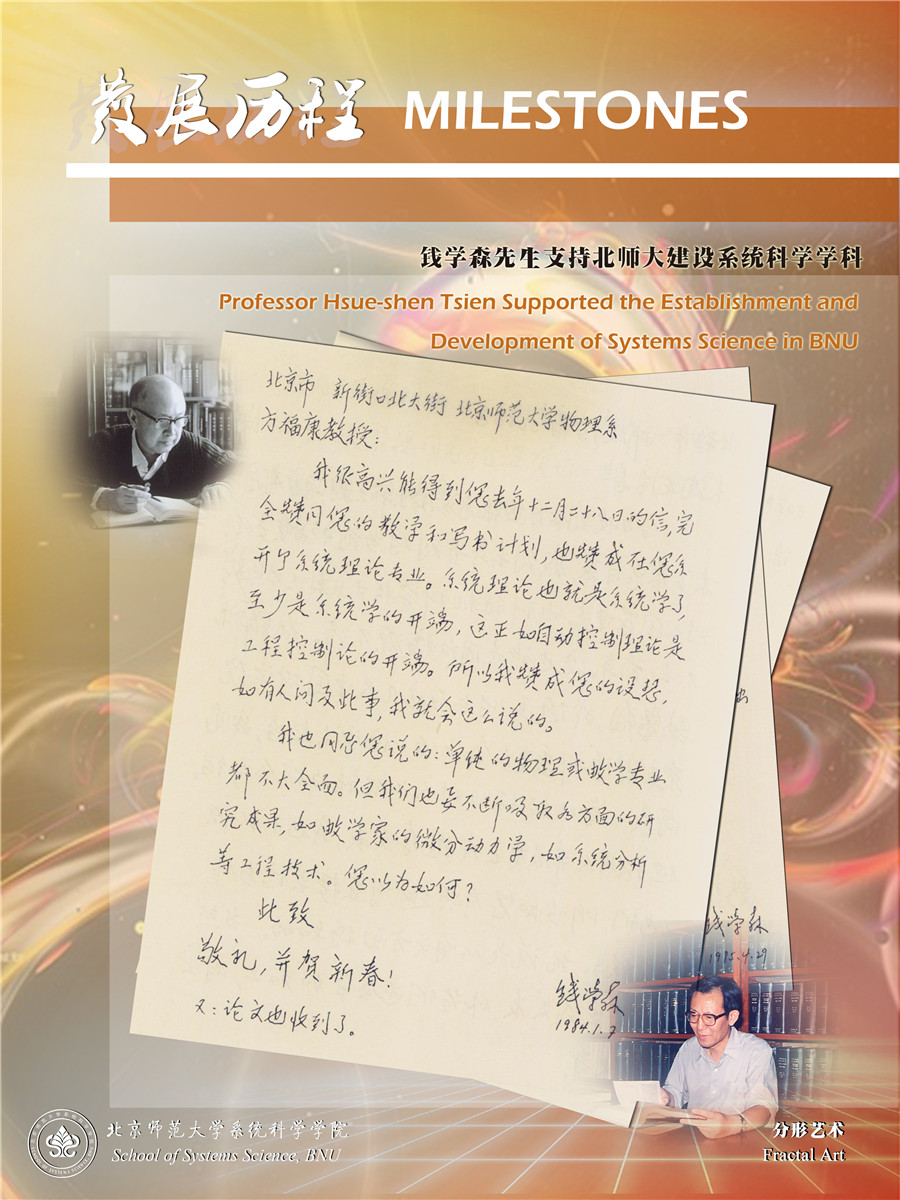 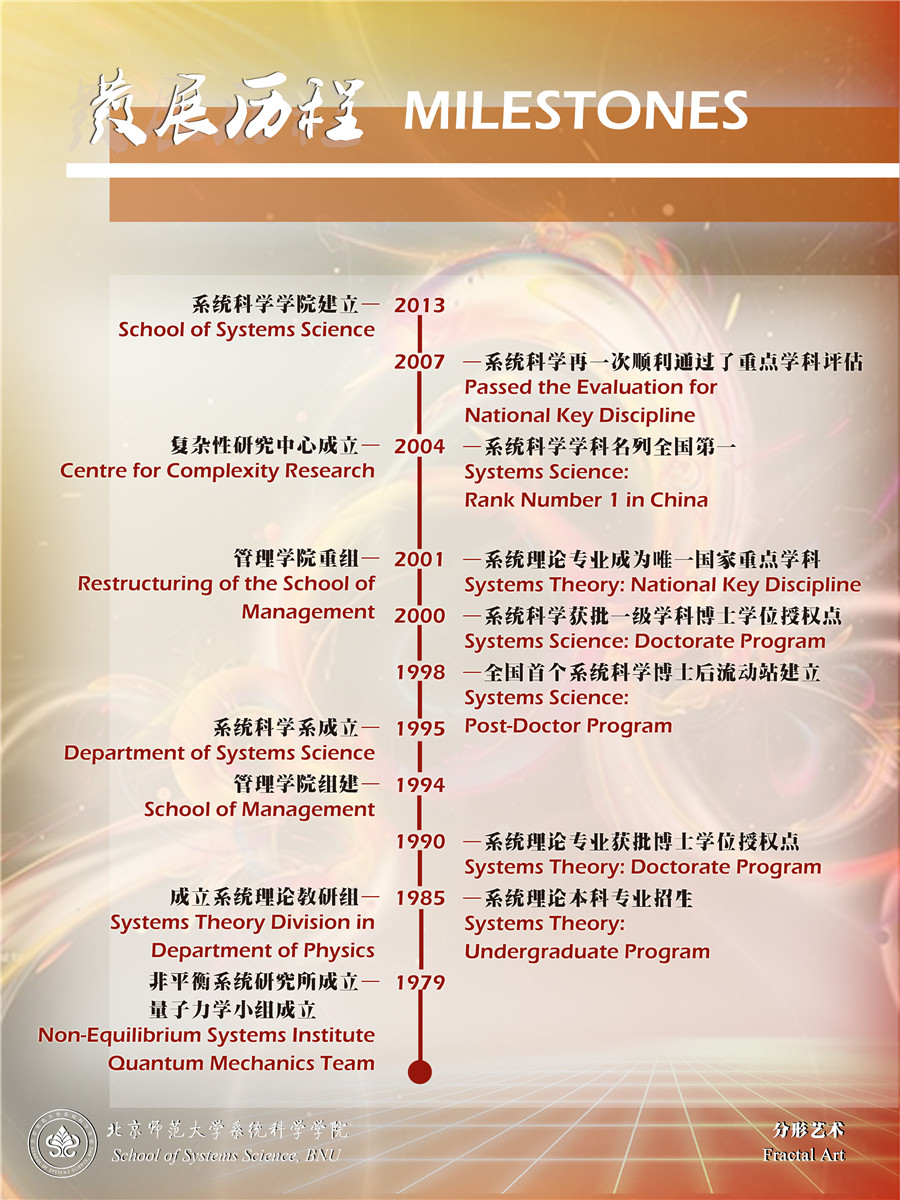 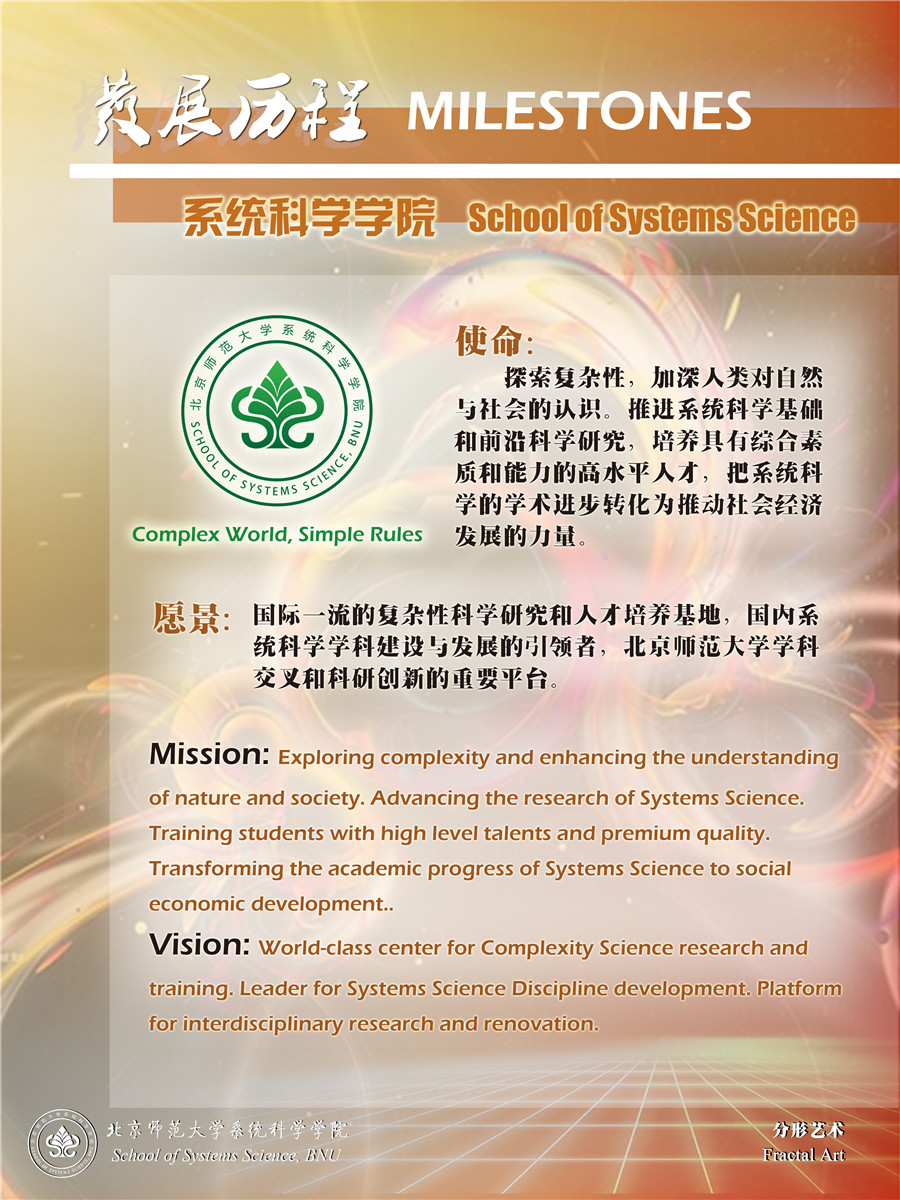 In the course of more than 30 years of discipline construction, BNU, by virtue of its unique academic heritage and innovation, has greatly advanced the construction of China's systems science discipline. Having inherited the academic advantages of the “Brussels School”, BNU is committed to developing the general concepts and universal methods in complex systems and helps set the direction for the research of the basic theories in complex systems in China. BNU has built the world's first complete framework of systems science talent development and formed a prominent multidisciplinary collaborative research platform, with a great reputation at home and abroad. Its research findings are highly valued by the international academic community, reported and reviewed by such international media as Nature, Science, Science Today, MIT Technology Review, and BBC.

The 21st century is a century of complexity. The development of science and technology has ushered us into the era of researching and regulating complexity. The School of Systems Science (SSS) at BNU advocates interdisciplinary research in systems science through collaboration with other disciplines in natural, social, technical and economic sciences inside and outside BNU. Its current research portfolio includes, but is not limited to the following fields: i. The fundamental theories of complex system. ii. Social and economic system. iii. The life ecosystem and the self-organizing behavior of brain and cognition. iv. Multi-agent system and evolutionary algorithm. v. Information technology of artificial intelligence systems. vi. The science of science. Having such a uniquely collaborative environment together with outstanding research facilities, SSS aspires to excel internationally in the field of Systems Science.

In 2018, SSS will establish an International Science Center for Complex Systems on the Zhuhai campus of BNU in southern China. This center aims at the frontiers of scientific research and technical innovation, especially in the formation mechanism of human decision making behavior and its neural mechanism, together with data analysis of human behavior and artificial intelligence (including swarm intelligence). By mobilizing its top experts to lead key research projects in cooperation with talents around the world, this science center is expected to become an international platform for systems science development as well as an interface between academia, industry and governmental authorities.