The School of Mathematical Sciences (SMS) at Beijing Normal University (BNU) was established in 2004, preceded by the Department of Mathematics and Physics at Beijing Higher Normal School established in 1915, the Department of Mathematics established in 1922, and the Institute of Mathematical Sciences and Mathematics Education established in 1983. At present, the SMS has a faculty of 96 members, including 39 professors and 31 associate professors. 98% of the full-time faculty members have a doctorate. There are two academicians of the Chinese Academy of Sciences (one of whom is also an academician of the Third World Academy of Sciences); one professor awarded National Renowned University Teacher Award, three distinguished professors, one chair professor and one young scholar in the Chang Jiang Scholars Program; two winners of the National Excellent Youth Fund of China; and three winners of the National Outstanding Youth Fund of China; and two people elected into the New Century Talents Project. 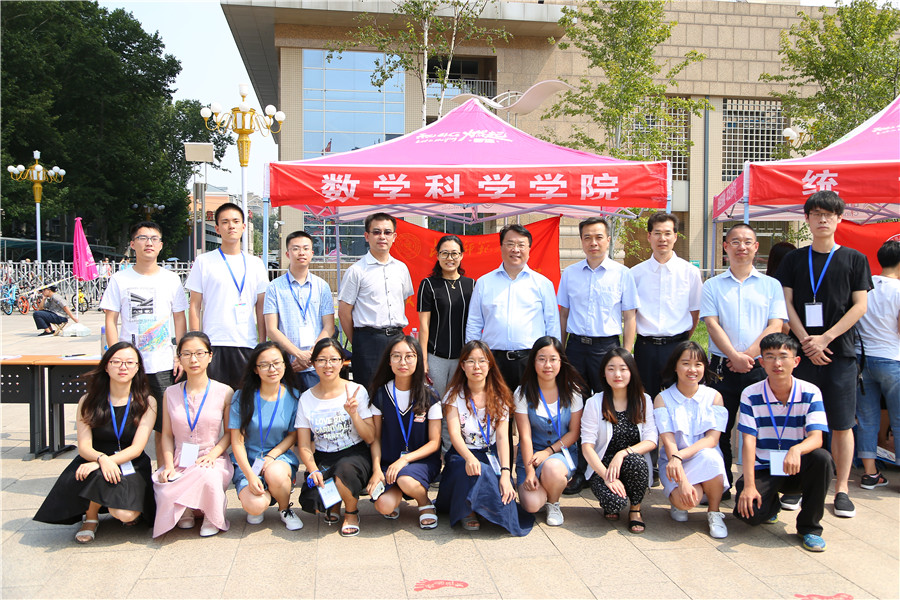 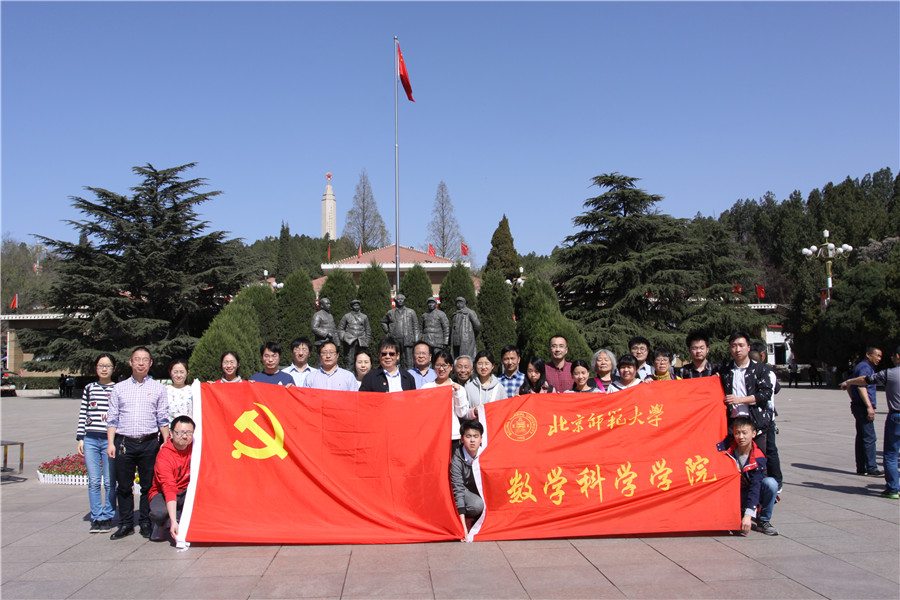 In 2008, the direction of normal education for mathematics and applied mathematics was included into the first batch of national featured program  construction. In 2009, the Key Laboratory of Mathematics and Complex Systems of the Ministry of Education was launched. The teaching team for analytical courses was rated as a national excellent teaching team, and the geometric direction of harmonic analysis and manifold was rated as an innovation team of the Ministry of Education. In 2017, the school was ranked Class A in the fourth round of mathematics first-class discipline evaluation in colleges and universities. In September 2017, mathematics entered the list of world-class disciplines construction plan. The BNU School of Mathematical Sciences is now among the top 100 in many international ratings and ranks 45th/30th/29th on the US News Best Global Universities list in 2018/2017/2016. Since 2007, it has been in the top 1% as rated by Essential Science Indicator (ESI) International Academic Rankings, ranking 77th/79th/87th in 2018/2017/2016. 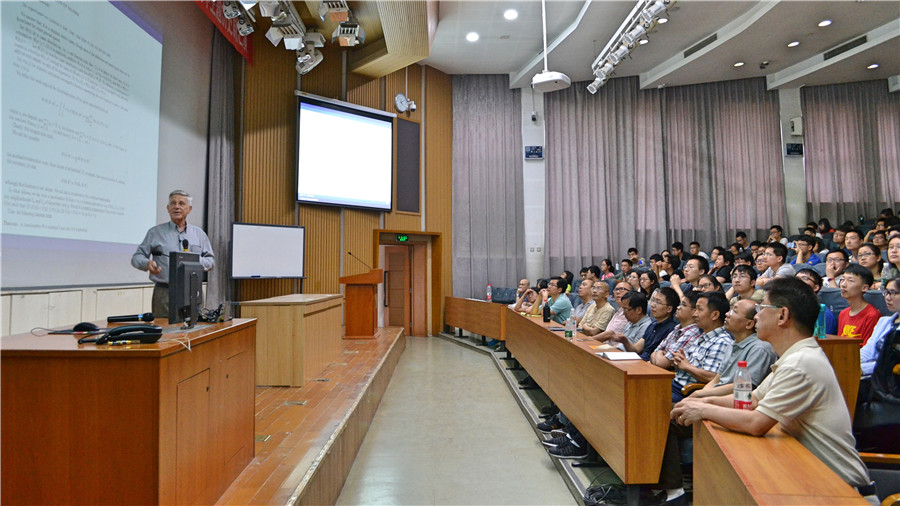 The School of Mathematical Sciences (SMS) at Beijing Normal University (BNU) is renowned for its outstanding research in pure and applied mathematics. It began to enroll students as early as in 1915 and was a pioneer in the establishment of mathematics in modern China.

At present, the SMS has a faculty of 81 members: two academicians of the Chinese Academy of Sciences (one of whom is also an academician of the Third World Academy of Sciences); one key speaker at the International Congress of Mathematics (ICM); three Chang Jiang Scholars; four winners of the National Outstanding Youth Fund of China; one highly cited scholar selected by Elsevier in 2014-2018; two Fellows of the American Mathematical Society; and one Fellow of the Institute of Mathematical Statistics in America. Faculty members sever on as many as sixty editorial boards of various academic journals and book series. 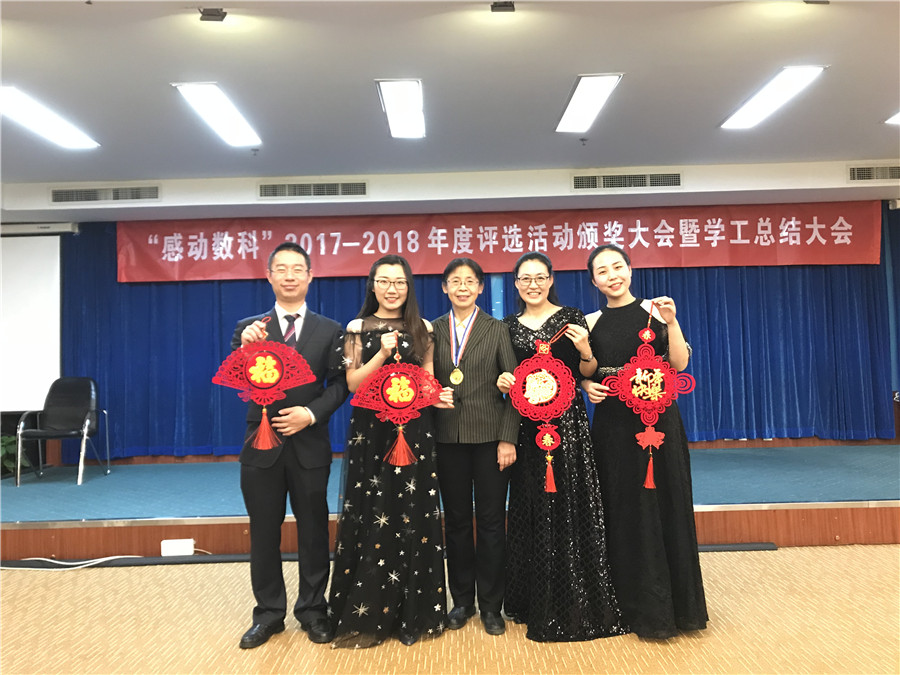 SMS researchers have achieved notable results in algebra, analysis, geometry, differential equations, probability, scientific computing, mathematical biology and mathematical education. One extraordinary example is the research group of probability theory led by Professor Chen Mufa, the first Innovative Research Group of mathematics funded by the National Natural Science Foundation of China (2002-2010, three stages in nine years). This group has been called “a school” in five reviews by mathematicians abroad. Among its members, the most famous are Li Zenghu and Wang Fengyu, both of whom are Chang Jiang Scholars, China's most prestigious academic honor. Their works are often cited, with their methods or concepts often referred to as “Chen's coupling and distance method”, “Wang's Harnack inequality”, “Dawson-Li stochastic differential equation”. In the study of virtual knots, Dr. Cheng Zhiyun, a young faculty member, has introduced the concept of chord index by extending the notion of chord parity from Z2 to all integers. As a result, several new index type invariants have been defined in recent years. This method has been named as “Cheng Coloring” by Louis Kauffman, a leading expert and the founding editor of the Journal of Knot Theory and Its Ramifications.

The SMS has comprehensive undergraduate/graduate programs and puts a premium on the overall capacity in research, teaching, application and management. Guaranteed a good knowledge of both basic mathematics and its latest development, students are enabled to be creative in research and competent in teaching. It cultivates many brilliant graduate students, such as Chen Mufa, an academician of the Chinese Academy of Sciences and of the Third World Academy of Sciences; Tang Shouzheng, an academician of the Chinese Academy of Sciences; Li Runze, chief editor of The Annals of Statistics, a noted journal in statistics; Liu Yun, the ex-vice CEO of Google, now Chief Business Officer of Qihoo 360. By now, there have been as many as 476 students awarded Ph.D. degrees and 1956 have earned MA degrees. At least 156 alumni are leading teachers in middle schools, and twelve Ph.D. graduates were the winners of the Humboldt Research Fellowship.