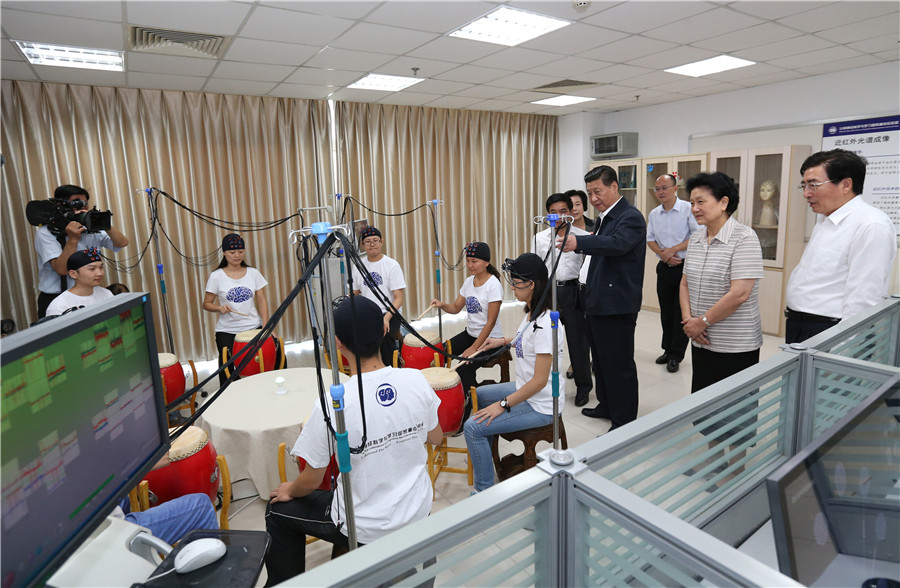 The BNU Faculty of Psychology is a unit for the development of first-class psychological discipline in China and the only unit with a national key discipline of the first-level discipline of psychology. The Faculty of Psychology has a national science basic research and teaching personnel training base, a key research base for humanities and social sciences of the Ministry of Education for development psychology, the State Key Laboratory of Cognitive Neuroscience and Learning, the Beijing Municipality Key Laboratory of Applied Experimental Psychology, a national psychology basic experimental teaching demonstration center, a national psychology virtual simulation experimental teaching center, and a pilot campus innovation and practice base in Beijing colleges and universities. In the discipline ranking of the Ministry of Education, the psychology discipline has always been ranking first in China. "Psychiatry and Psychology" and "Neuroscience and Behavioral Science" rank among top 1% in ESI.

The faculty has developed a strong interdisciplinary faculty team with psychology as its core, including neuroscience, computer science, mathematics and engineering. The total number of teaching and administrative staff is 256, including 61 full professors and 27 associate professors. 41 people have been selected into various talent programs. The Faculty of Psychology has a national-level teaching team, and has won the first talent introduction plan for discipline innovation, the first innovation team of the Ministry of Education and the first innovation group of the National Natural Science Foundation of China in psychology discipline among China's colleges and universities. The faculty implements a training system by classifying academic talents and applied talents, and integrating general education and professional education. It is committed to training top-notch innovative academic talents with international vision, becoming more influential in the field of international psychology and brain science, developing high-level applied talents, and solving urgent major practical problems in various fields of the country and society. Since 2006, the Division has successively introduced more than 20 international academic masters, including academicians of the American Academy of Sciences and the American Academy of Arts and Sciences. International and regional international academic conferences such as the International Congress on Psychometrics and the Congress of Chinese Psychologists are held, and more than 200 foreign experts and scholars are invited to cooperate in research and render lectures every year. In 2015, the Cooperation Memorandum of Finland-China on Joint Learning and Innovation Research Institute was signed. In 2018, Beijing Normal University's China-US Youth Innovation Exchange Center was inaugurated. Since 2009, two-way classroom teaching has been conducted for undergraduates with the Department of Psychology of the University of Michigan. In 2015, the first master's dual-degree program in psychology was established in cooperation with the University of Missouri in the United States. From 2017 to 2018, a master's dual-degree program was established with Helsinki University in Finland and Purdue University in the United States.