In 2014, Australian astronomers used a telescope to observe one of the oldest red giants in the Universe to date. The question of its calcium origin remains a mystery to this day. Astronomical theories suggest that the calcium elements may have originated from a breakthrough reaction in the carbon, nitrogen and oxygen cycle. However, the breakthrough reaction of proton capture by fluorine radiation has no experimental data in the energy region of astrophysical interest. 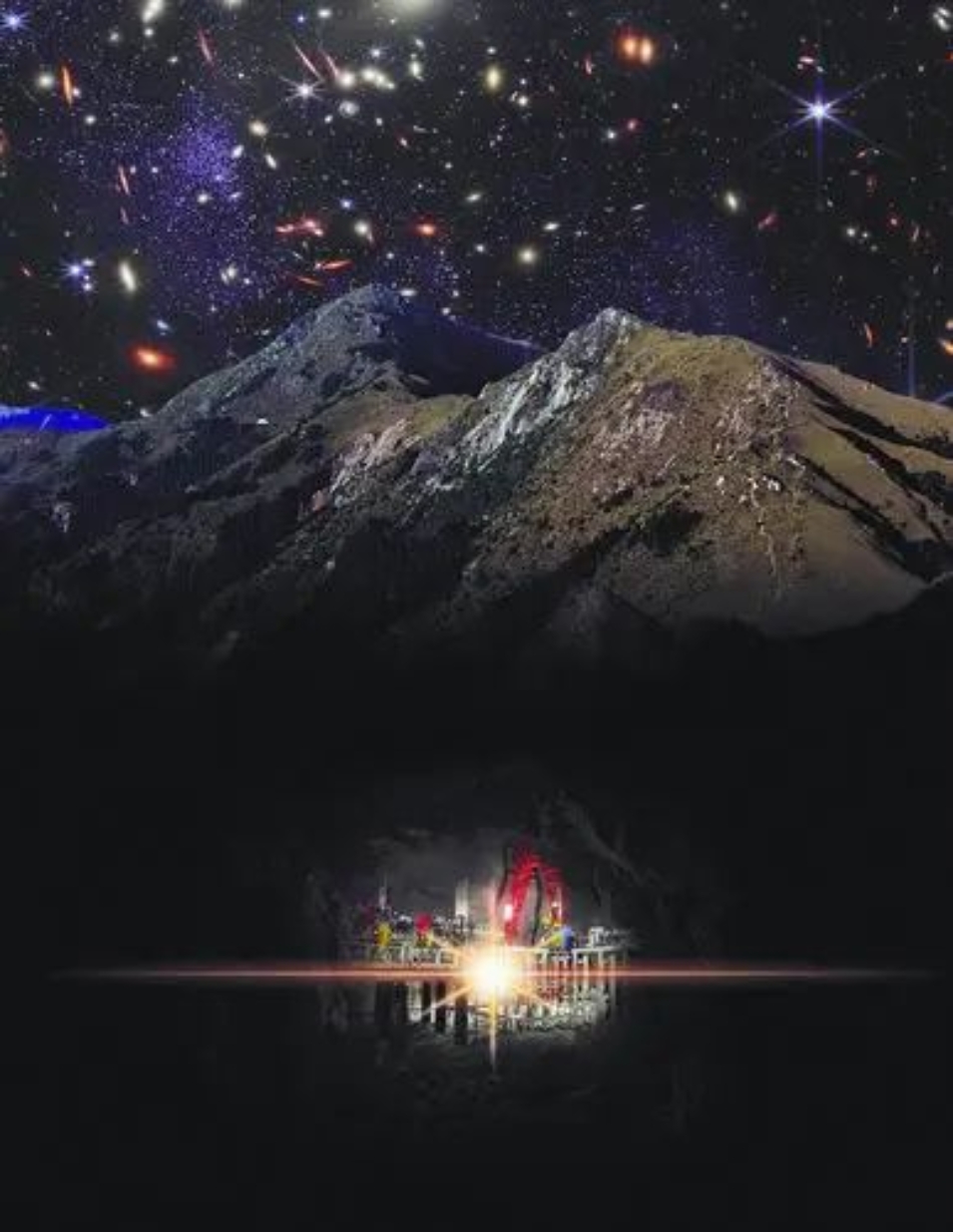 The team successfully advanced the breakthrough reaction of this fluorine radiation capture proton from the previous 240 keV all the way down to 186 keV, touching the Gamov energy region of interest for first-generation stars, and discovering a new resonance at 225 keV in early 2021 using a strong current proton beam provided by the Jinping Deep Earth Nuclear Astrophysics Unit (JUNA). 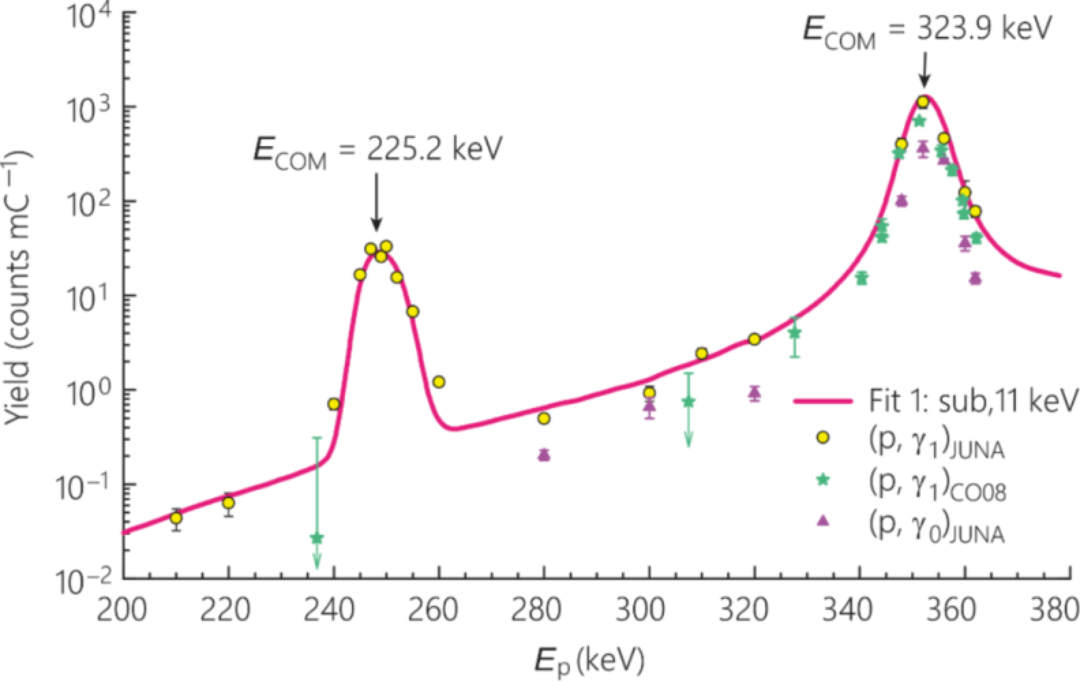 The discovery of the new resonance near the 100 million °C temperature of greatest interest for first-generation stars makes the reaction rate for this breakthrough reaction 5.4-7.4 times larger than previously recommended in the CERN reaction rate library, and reduces the uncertainty in the reaction rate near this temperature from several orders of magnitude to about 50%, greatly reducing the error induced by this rate in astronomical network calculations. 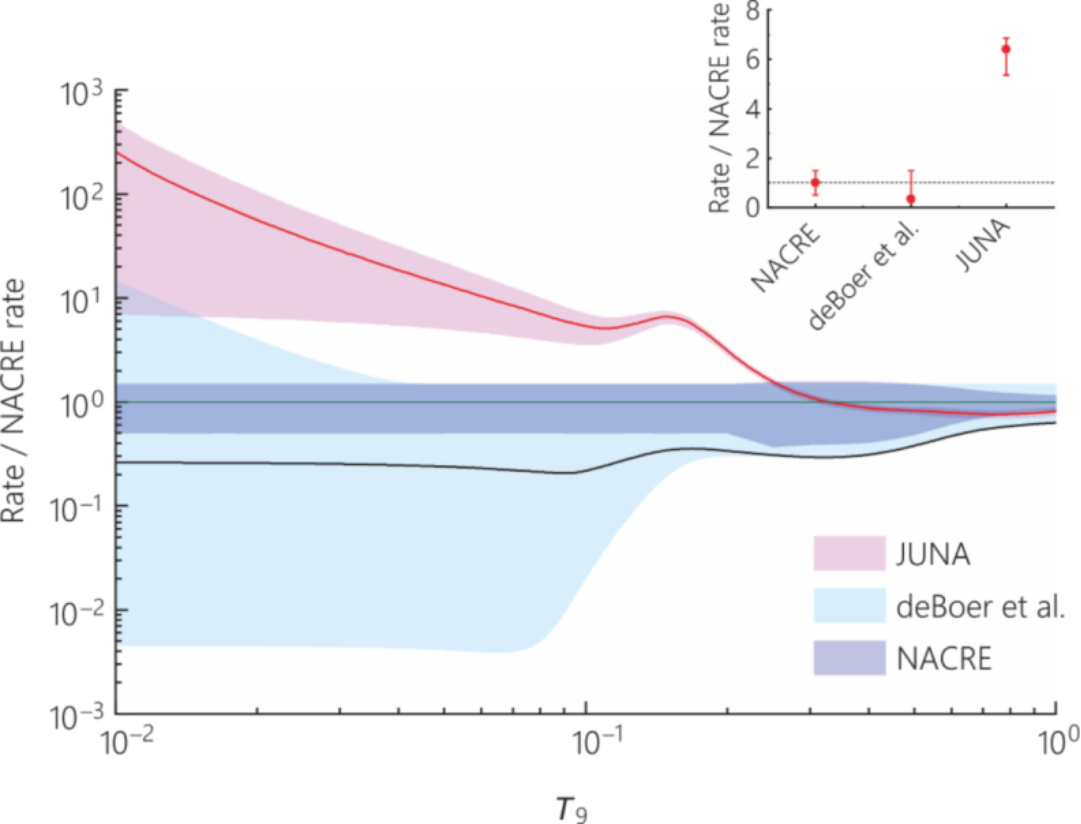 Meanwhile, the team worked with astrophysicists to study the effect of the new reaction rate in the first generation of stars. Calculations show that the reaction is about seven times more likely to break out of the carbon, nitrogen and oxygen cycle than previously thought, explaining the observed calcium abundance in the third group of stars, SMSS0313-6708. 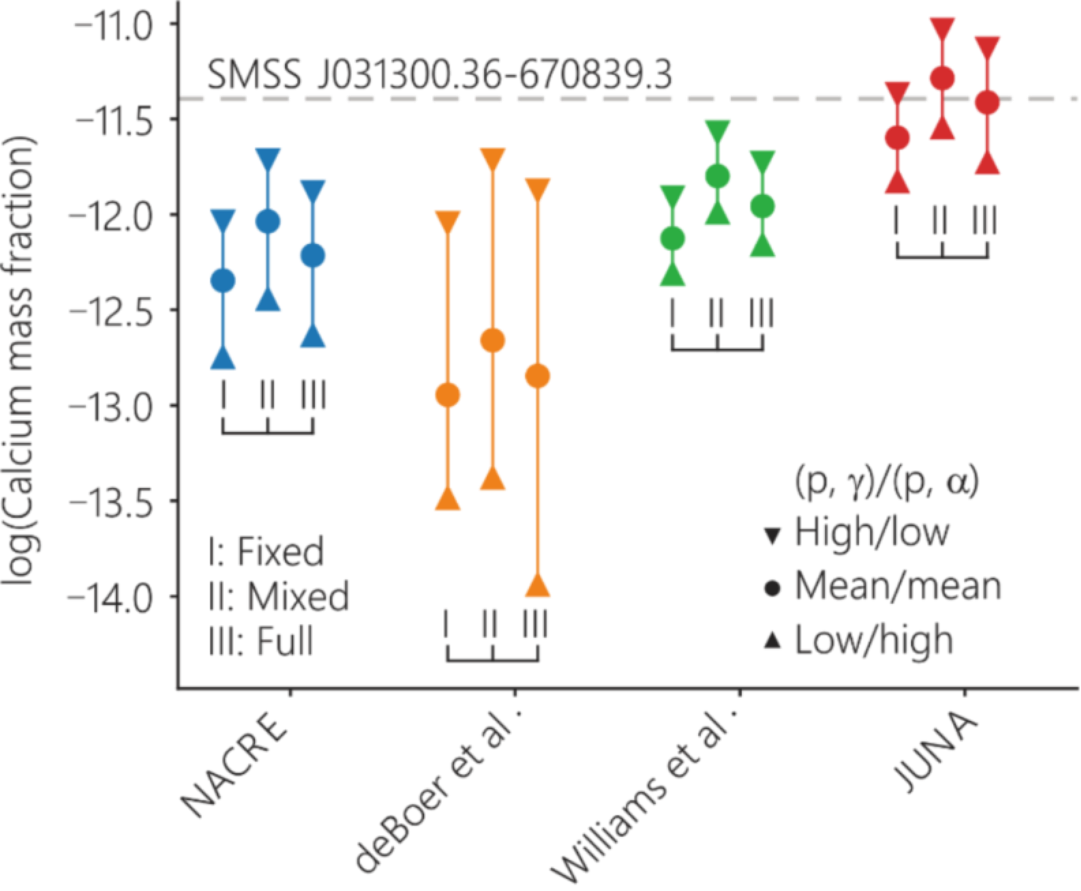 More far-reachingly, the new reaction rate data strongly support the weak supernova explosion model for first generation stars, ruling out other models of the object. In addition, the new reaction rate is about 200 times larger than previously recommended at a temperature of 10 million degrees Celsius, and thus will certainly have important implications for stellar evolution in low-temperature environments, awaiting further study. This work will provide a reliable nuclear physics input to the James Webb Telescope for future observational targets.

As one of the first results of JUNA, the successful conduct of this breakthrough reaction experiment demonstrates that JUNA is fully capable of conducting deep Earth nuclear astrophysics research.

JUNA is led by the China Institute of Atomic Energy, in collaboration with the Institute of Modern Physics of the Chinese Academy of Sciences, Beijing Normal University, Tsinghua University, and the Yalong River Hydropower Development Co., LTD., and was completed in late 2020.