﻿In the early morning of September 17, Beijing time, the famous writer and professor Yu Hua from Beijing Normal University won the Best Foreign Language Works Award of the 2022 Yasnaya Polyana Literary Award for his novel Brothers, who is also the first chinese writer with this award.

The ceremony was held in Moscow, Russia. Yu Hua delivered his acceptance speech in the form of a video in which he showed his respect to the great Russian writer Leo Tolstoy. 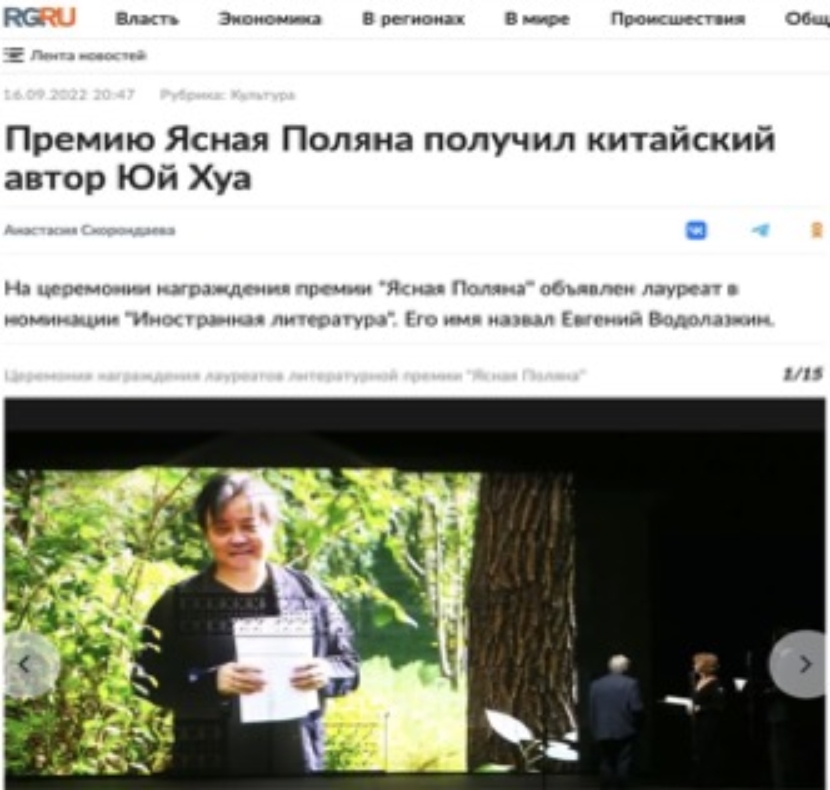 It is reported that Yu Hua will receive a statuette of the "Yasnaya Polyana Literary Award" and a bonus of 1.2 million rubles. This award also recognizes the translators, who will also receive economic rewards.

Vladimir Tolstoy, the chairman of the "Yasnaya Polyana Literature Award" and the great grandson of Leo Tolstoy, said that the jury unanimously agreed that Yu Hua's Brothers is of great artistic value and shows the national spirit of China." The panorama of an era with its bright colors and unforgettable scenes all reappear in front of readers..."According to Vladimir Tolstoy, Brothers artistically combines comedy and tragedy, grotesque and moving life truth, national particularity and universal significance. He said: "The jury believes that‘Brothers’ is an extremely important modern literature in the world, because it is full of love for the people and humanism. It can promote deeper mutual understanding among countries in the world, which is particularly important today."

Yuhua was born in Jiaxing, Zhejiang Province, on April 3, 1960. He began to write in 1983. In 1988, Yu Hua entered the first graduate class for literary creation jointly organized by Beijing Normal University and Lu Xun Literary Institute for further study. In 2019, Yu Hua returned to his alma mater, Beijing Normal University, as a professor. His main works include To Live, Screaming in the Drizzle, Brothers, etc. Before the "Yasnaya Polyana Literary Award" in Russia he has won many awards, such as the Italian Grinzane Cavour Prize, the Order of Arts and Letters, and the Italian Giuseppe Acerbi literary prize. Yu Hua's novels are famous for its depth and breadth. His works have been translated into more than 40 languages and published with a wide readership in the world.

Brothers was first published in 2005, describing the different fates of a pair of brothers from a reconstituted family in a small town in south china from the 1960s to the beginning of the 21st century. The novel condenses the dramatic changes of the two eras in writing with magnificent narration, reflecting the nearly 40 years of Chinese history. This work, which focuses on the "big era" and "big tome", is a radical expansion of Yu Hua's creative territory, and also been doubted by some people in China. Brothers has received polarized evaluation since its debut. For the controversy brought by the novel, Yu Hua has repeatedly said in the interview that Brothers has always been his most satisfactory work. In 2008, Brothers won the "French International Courier Award for Foreign Fiction" in France. 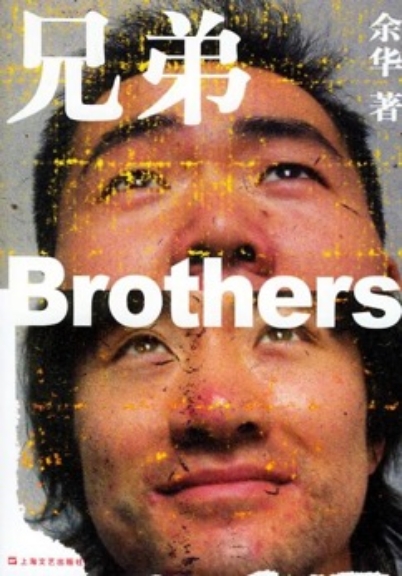 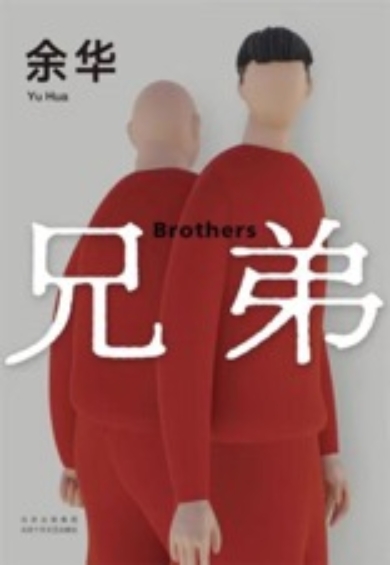 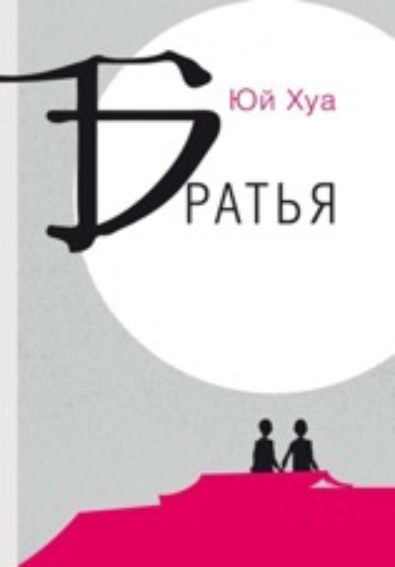