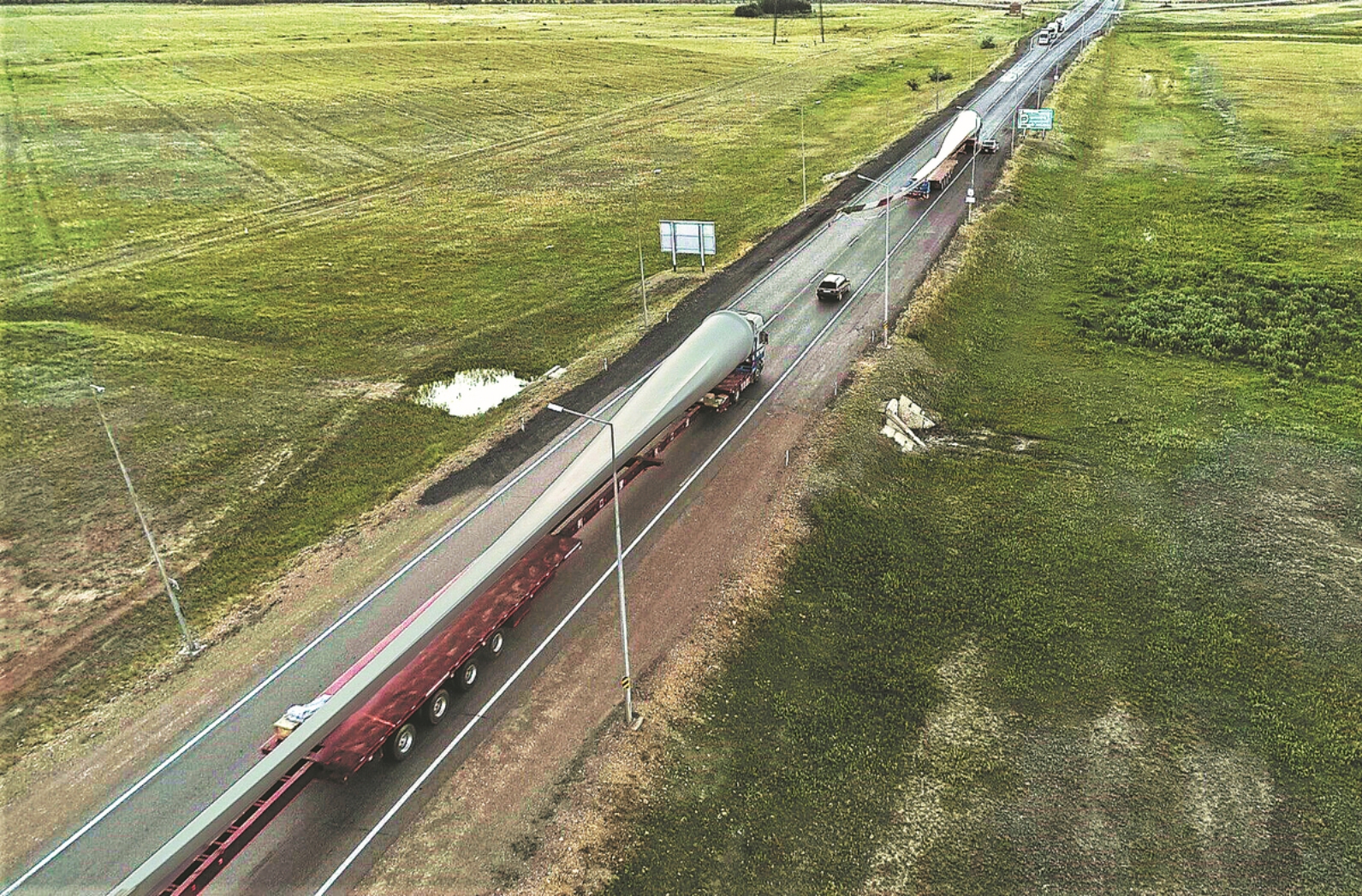 Vehicles carrying wind turbine blades made in China head toward wind farms in Kazakhstan. China and the Central Asian nation have launched renewable energy projects as part of the Belt and Road Initiative. [Photo/Xinhua]

Not long after China proposed the Belt and Road Initiative in 2013, our team (from the Belt and Road School of Beijing Normal University) conducted a study on the development levels of the countries along the Silk Road Economic Belt and the 21st Century Maritime Silk Road, which showed that among the 65 countries (including China) surveyed, the ones least developed in 2014 — Afghanistan, Syria, Yemen, Iraq and Palestine — faced political turmoil for a long time.

On the other hand, the countries with the highest development levels — Singapore, China, Malaysia, Estonia and Latvia — enjoyed a stable political situation and good governance.

From 2015 to 2019, we carried out another study, of the 149 countries (including China) involved in the Belt and Road Initiative. Even this study showed that the least-developed countries, Somalia, Yemen, Syria, Afghanistan, South Sudan, Libya, Eritrea and Iraq, were facing political challenges, while those with the highest development levels — Singapore, New Zealand, China, the Republic of Korea, Austria and the Czech Republic — were politically and socially stable.

The two studies show peace is essential to a country's development.

The countries involved in the initiative also enjoy a strong manufacturing development momentum, with the added value of their manufacturing industries accounting for 40.3 percent of the global total in 2015, up from 17.8 percent in 1990, and further rising to 41.6 percent in 2016.

But some of the countries involved in the initiative are also beset with other problems. First, their food security needs to be better ensured, as they depend on imports to meet their food needs. The reasons for this include their large populations and comparatively small areas of arable land, lack of enough freshwater sources, inadequate agricultural modernization, and relatively low grain yield.

Second, countries such as Kuwait, Azerbaijan, Kazakhstan, the UAE, Russia, Qatar and Brunei excessively depend on energy resources for their economic development and have needs to readjust their economic structure.

And third, these countries are under huge pressure to mitigate the effects of climate change, as they are big fossil fuel producers as well as consumers. In fact, reducing carbon emissions remains an important challenge for them.

Besides, in many countries participating in the initiative, Chinese companies have set up industrial parks, which employ over 90 percent of their workforce from among the local population and export their finished products. This has generated employment in and increased the tax revenues of the host countries, while accelerating their industrialization process.

For example, in order to promote industrialization in Africa, the China-Africa Fund established by Beijing has invested about $6 billion in 37 African countries, attracting $27 billion in investments and financing from Chinese enterprises. In terms of total investment, more than 3,500 Chinese companies have invested nearly $50 billion in Africa, much of it in industrial projects.

The Belt and Road Initiative is committed to promoting low-carbon development in partner countries. In fact, China has been using new energy technologies and investing heavily to promote green development in partner countries. For instance, China has built a solar power plant in Dubai in the UAE, one wind power station each in Pakistan and Croatia, and a hydropower station in Koh Kong province of Cambodia.

And in line with the low-carbon requirements, Chinese companies are promoting green production methods, and developing green industries and transportation in Belt and Road partner countries.

The author is executive dean and a professor of the Belt and Road School at Beijing Normal University.