Chinese researchers have called for strategic management to mitigate the substantial global impact of dryland urban expansion on biodiversity, revealing that almost 60 percent of threatened species have been affected by the indirect impacts of such expansion.

The scientists from the Beijing Normal University issued their call in a research article published in the journal Nature Sustainability. 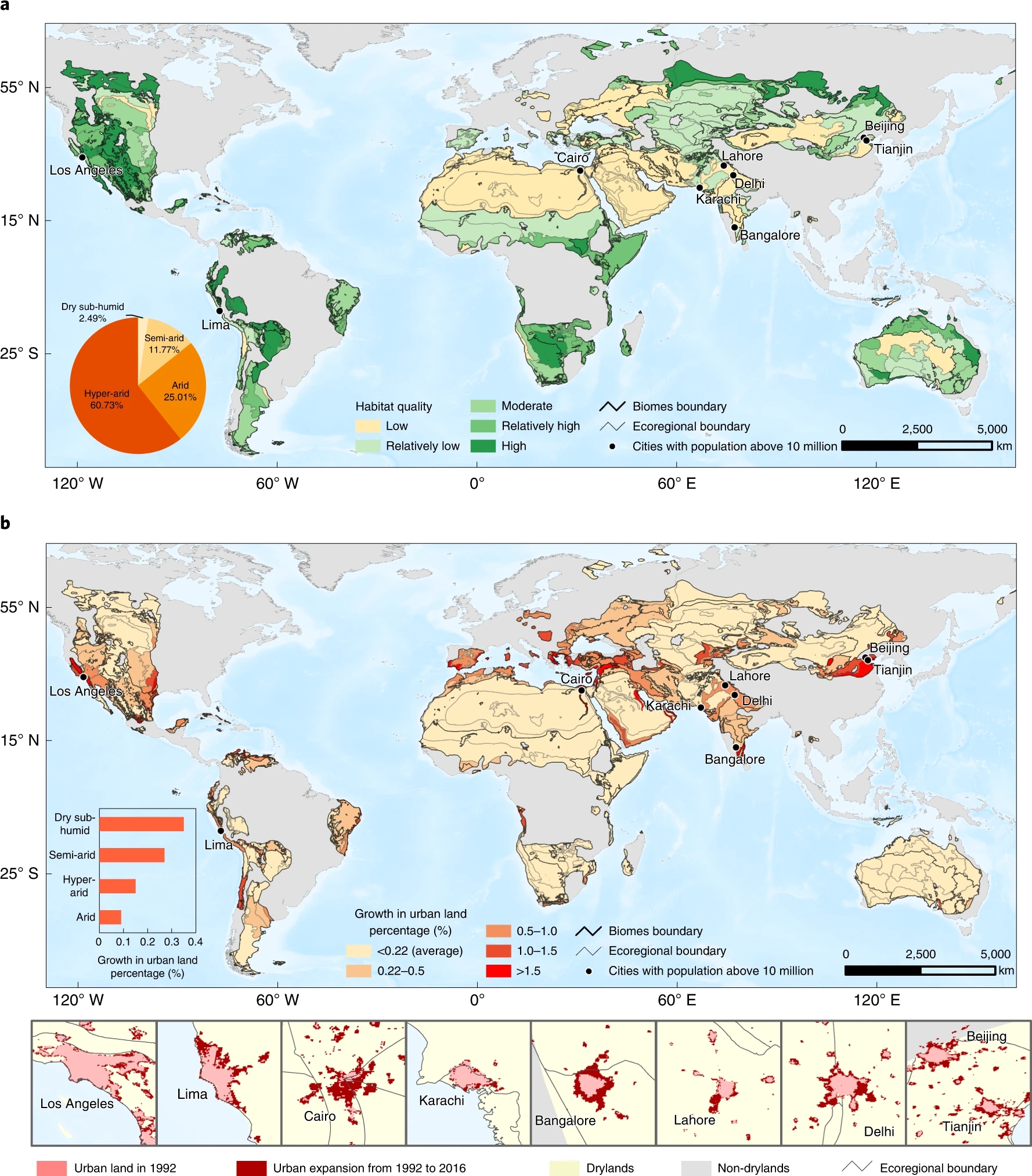 In order to comprehensively investigate the impact of urban expansion on natural dryland habitats around the world, the researchers quantified the loss of habitat quality that has been directly and indirectly caused by dryland urban expansion.

They defined direct impacts as the conversion of natural habitats to urban land, while indirect impacts were defined as proximate impacts within 10 km around the expanded urban land footprint.

They found that, although urban expansion from 1992 to 2016 resulted in an average 0.8 percent loss of dryland habitat quality, the indirect impacts were more than 10 times greater.

Urban expansion had the greatest impact on the dryland habitats of mangrove biomes, followed by temperate broadleaf and mixed forest biomes, Mediterranean forest, woodland and shrub communities, according to China Science Daily.