﻿The foreign youth, for a decade, having travelled through many of China's villages, recorded moving stories and outstanding achievements on the road of poverty alleviation, showing China's unique feature of urban space and rural land. The foreign youth put forward in their angles the thinking and feeling of the Chinese poverty alleviation measures, and provid a new perspective of how China has changed in the past decade.

The theme "The Road to Poverty Alleviation" reviews China's poverty alleviation stories in the past decade through 10 representative films recorded by the foreign youth. From the beginning of the battle against poverty to the completion of the targets and tasks, the lens of "Looking China" has always been following, showing the real features of China's poverty alleviation work from the dual dimensions of time and space.

Protopopova Evgeniia from Russia came to Daliangshan, Sichuan Province and recorded the work process of the conductor of the 5633 Train. She was impressed with the enthusiasm of the staff on the train and that the conductor treated passengers like friends. Through a few days of in-depth exploration, she learned about the ordinary life of the local people and the customs of the people of Yi minority.

The local people believe in traditions and the power of existing harmoniously with nature. There are many holy places in this village, like thousand-year-old holy trees and holy stones. While having difficult times, local peoplewould pray to the holy trees and stones for blessing and assistance.. The tree rings grow with time. In fact, the tea trees that they were used to harvesting, are actually not so usual as they thought. Experts inspected the tea trees and discovered their great values. 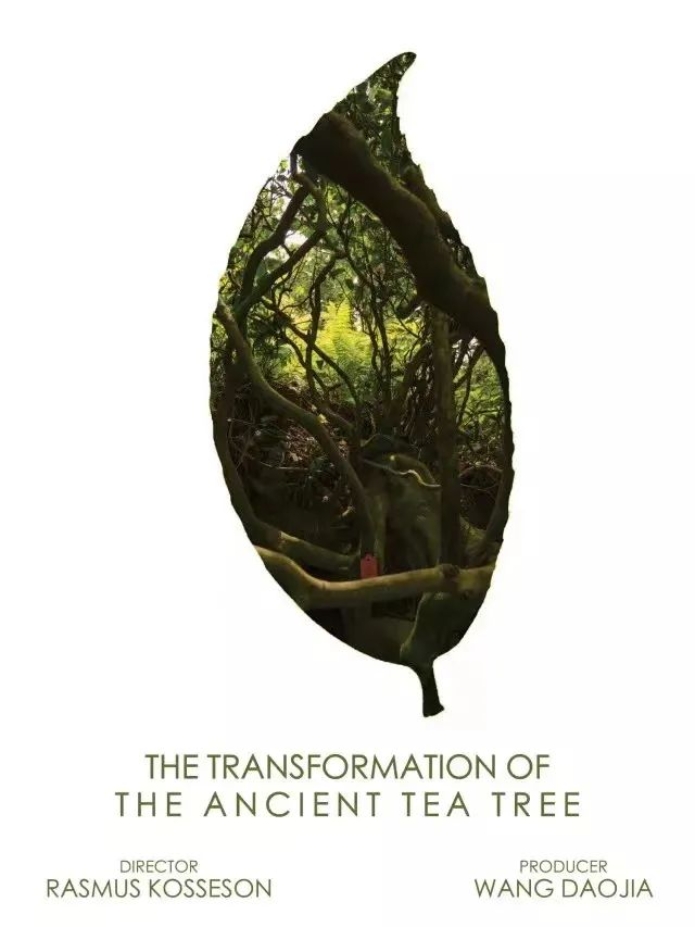 This documentary is about the Tibetan family who are living in Gannan, Luqu County. It is about their lifestyle and why they are living there. In the end, it is reflected that with the overall development of China, they also have their own slow but powerful steps in the border areas. 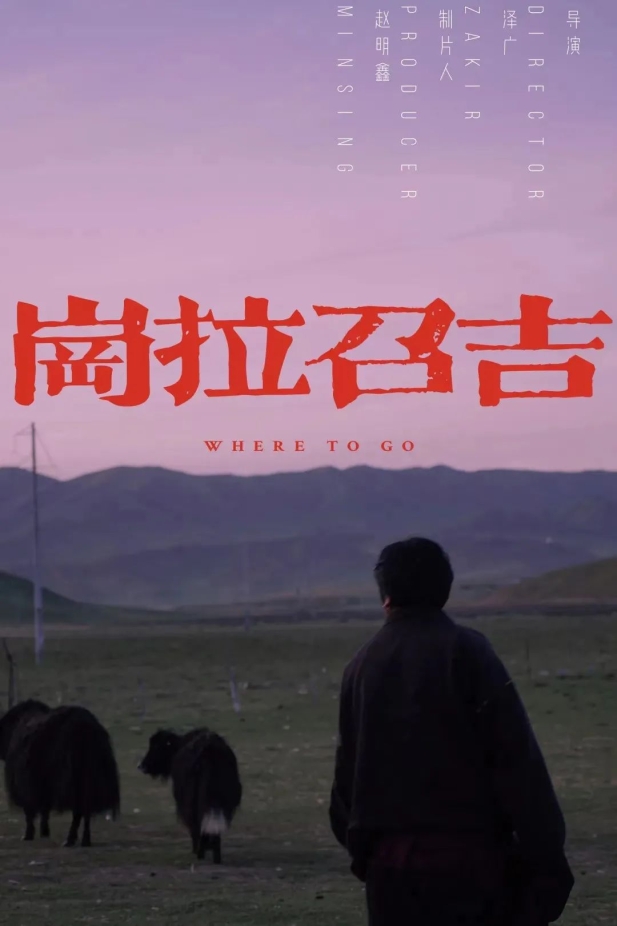 Chinese word “Jia Se” comes from lines in the Book of Songs,which goes 不稼不穑(Why are you trying to get rice without farming?) Mao Zhuan said, “To cultivate is called ‘稼(Jia)’, To gather is called ‘穑(Se)’”. Planting as Jia, harvesting as Se. Sowing and harvesting crops refer to agricultural labor. There are nearly 300 million left-behind elderly, women and children in rural China, who are a relatively special group. The merging “nest market” in Sanggang Village has helped and improved their lives. The city and the countryside build a bridge of transaction and interaction, with the smallholder-style production of healthy agricultural products and local food specialties as the “industry”, demonstrating the modern rural development concept of innovation, coordination, greenness and sharing. 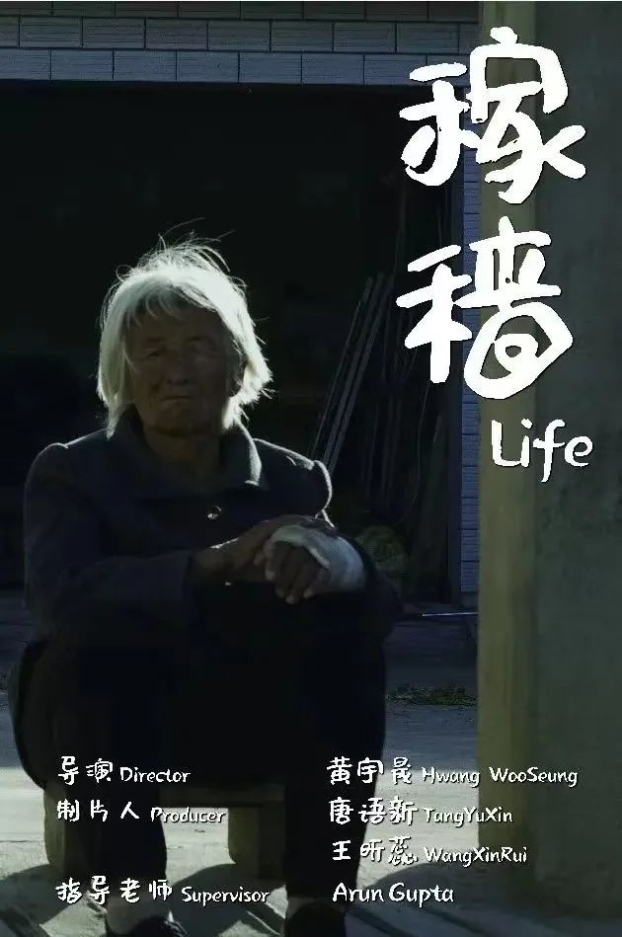 The Land of Tongyu is a documentary about young people who live and get rich in the countryside. Most people agree that the city is better than countryside, but Gao Lei, a young man from Tongyu, resolutely chose to go back to his hometown. He has an amazing crop harvest and likes to help others. Local people know this famous figure and call him "Star". This film narrates from the subjective perspective of the foreign director. He went to Tongyu and lived with Gao Lei for three days. He experienced Gao Lei's daily work, recorded the warm moment of Gao Lei getting along with his family, participated in the party with him and his friends, and spent leisure time with him... The director used documentary images to show the living conditions of rural young Chinese people in the new era, found the spiritual core of their struggles in their hometown, and explored the relationship between people and countryside. Perhaps Tongyu has not changed its fate of desertification, but young men have been getting together like stars, trying to light up the whole homeland! 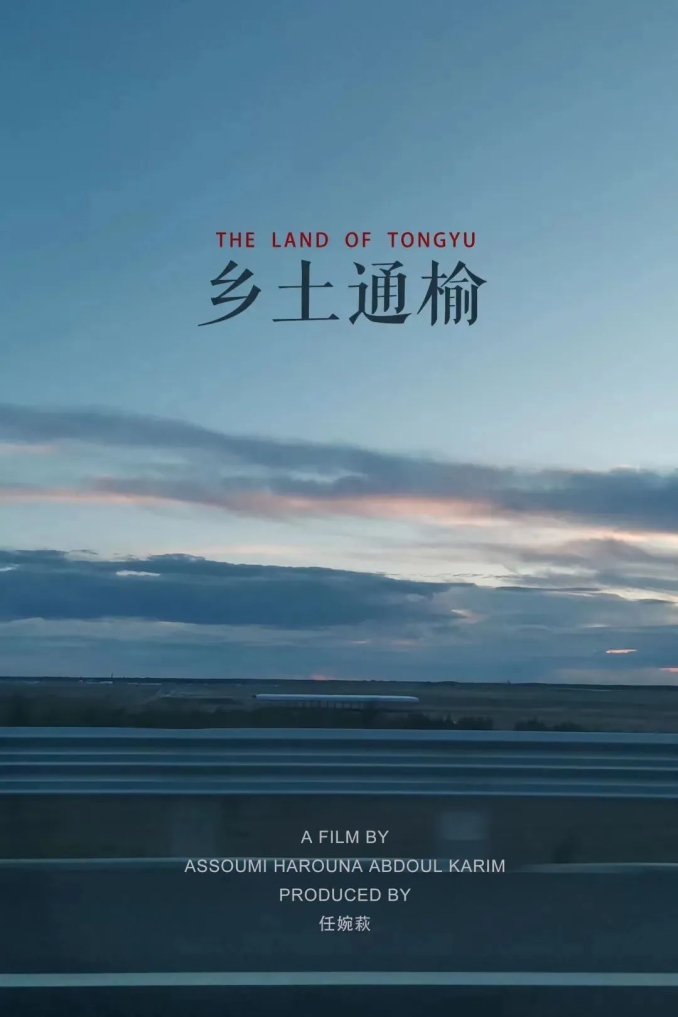 《天路之路》The Journey of a Thousand Miles

Zhoujiaping is located in the depth of the Lanying Valley. Villagers used to carry crops and vegetables on their backs and climb up and down the cliffs of more than one kilometer high, in order to get to the city and sell the goods. If they are not careful, they will fall off the cliff and lose their lives.

In the summer of 2001, the villagers had a meeting and decided to build a road for easy access to the outside world. The villagers hung on the cliff with ropes around their waist, and with their lives at risk, they worked from dusk till dawn every day, for four years and three months. The villagers used their own hands to carve out a road which carries hope. 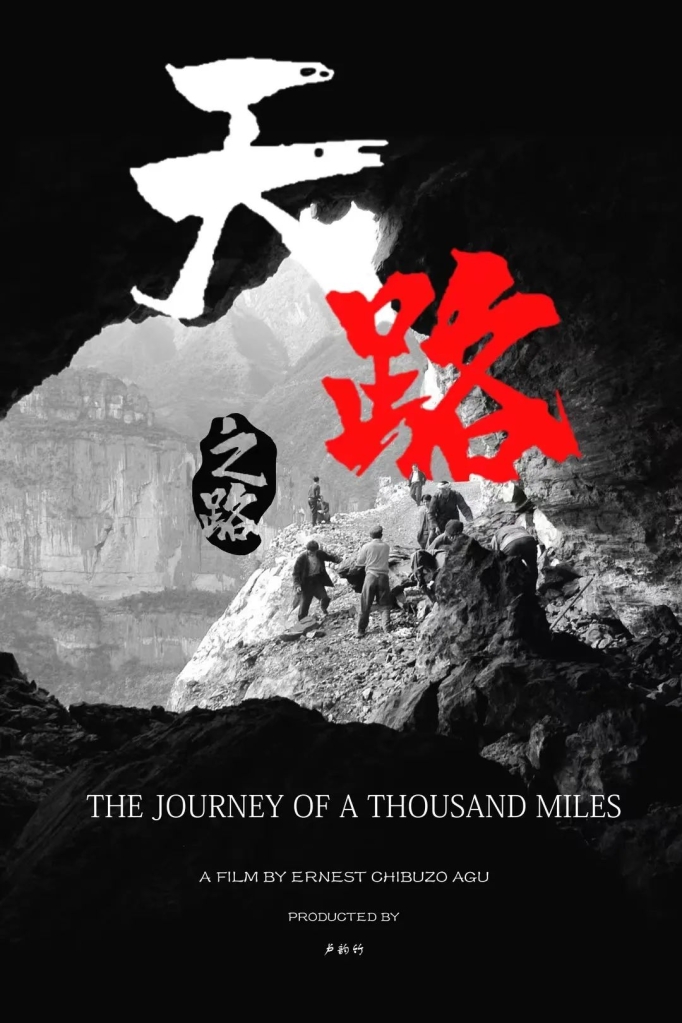 This is Gangou Township, Minhe County, Qinghai Province. Zhang Xuerong was born in this remote village 30 years ago. 12 years ago, he was taken away by the admission letter of Wuhan University and waved goodbye to the land.  But the young man could not forget the vast land of his hometown, and 2 years ago he chose to return. 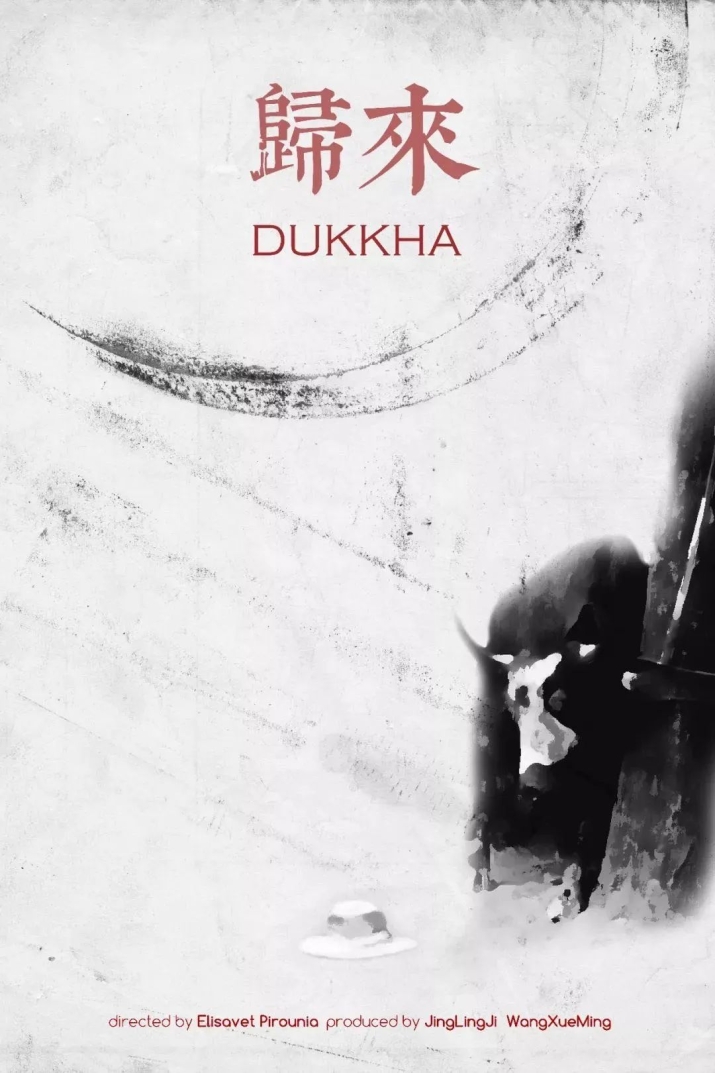 Jiang Lincun from Xiajiang Village, Zhejiang province is a bamboo craftsman. The craft bamboo weaving has accompanied him for 52 years, witnessed his life from a 15 years old boy to marriage, having offsprings and maintaining the livelihood of a whole family. But now the three generations of Jiang’s family are living together harmoniously, and each family member is using thethe bamboo products woven by the craftsman. However, with the development of China,  bamboo craftsmen has no successors. Facing this kind of situation, what choice will Jiang make? 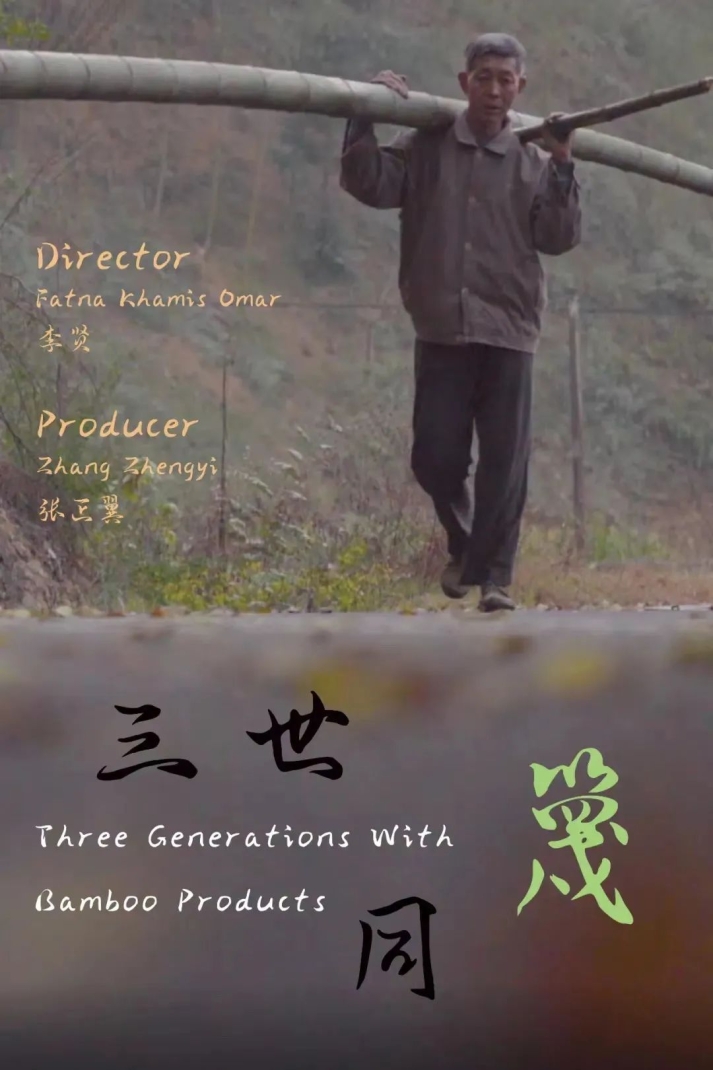 "The Farmer" mainly tells the story of Sheng Tai agricultural machinery and famer Sheng Tieyong and his family. Under the leadership of Sheng Tieyong, agricultural mechanization in Changtu County has been steadily carried out in the fields, presenting the audience with a new look of China's agriculture. 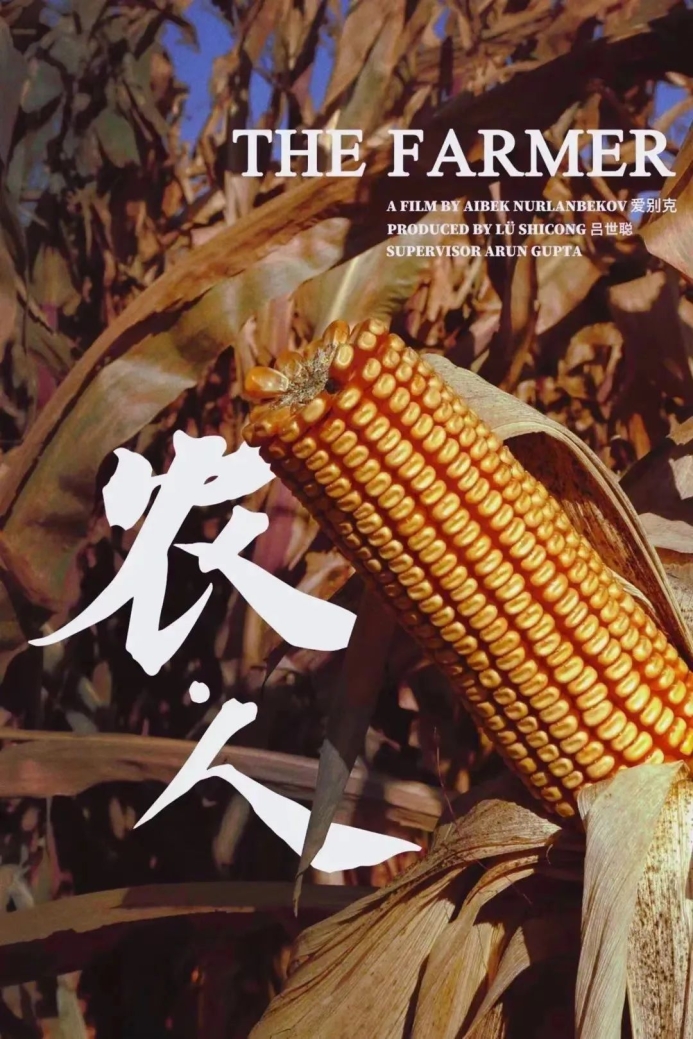 《挂壁公路》The Road in the Cliff

In the 1970s, people in Guoliang village decided to carve out a road to connect to the outside world. They had no machines but their own hands and primitive tools. With great efforts, they built a road in the cliff which is 5 meters deep,4 meters wide, and 1300 meters long, creating a stunning miracle in the world. Craftsmanship is the spirit of perseverance, seriousness and persistence being the best footnote on it. The construction of the cliff-hanging road, reflecting the eagerness of the villagers in Guoliang village to explore the world outside the mountains. 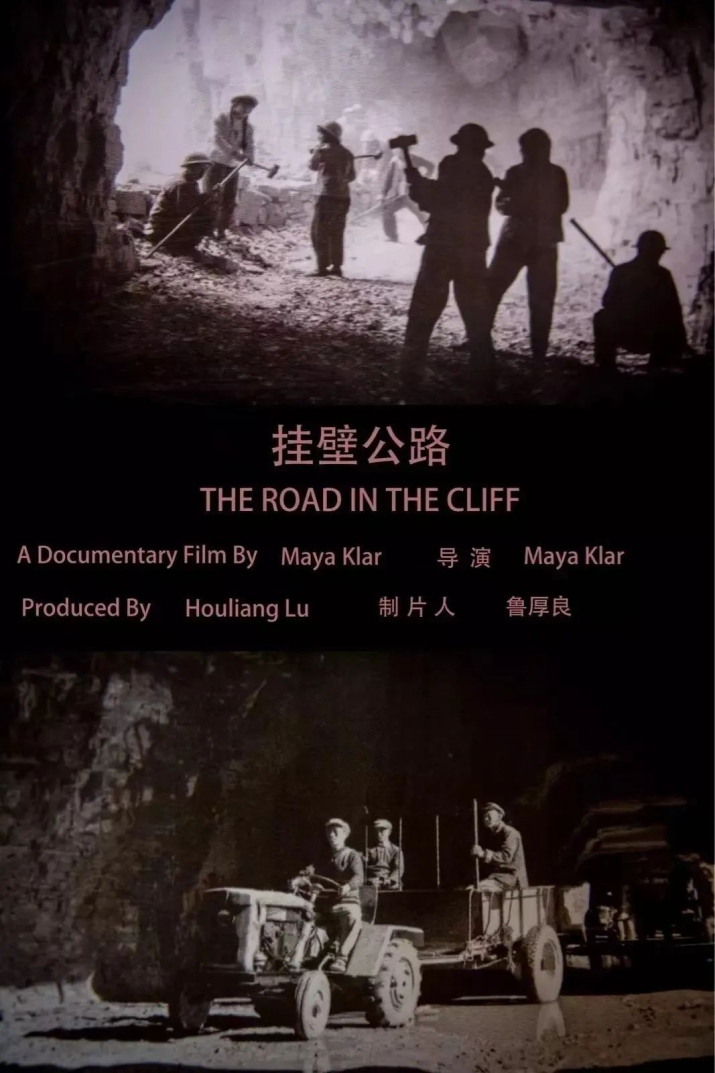