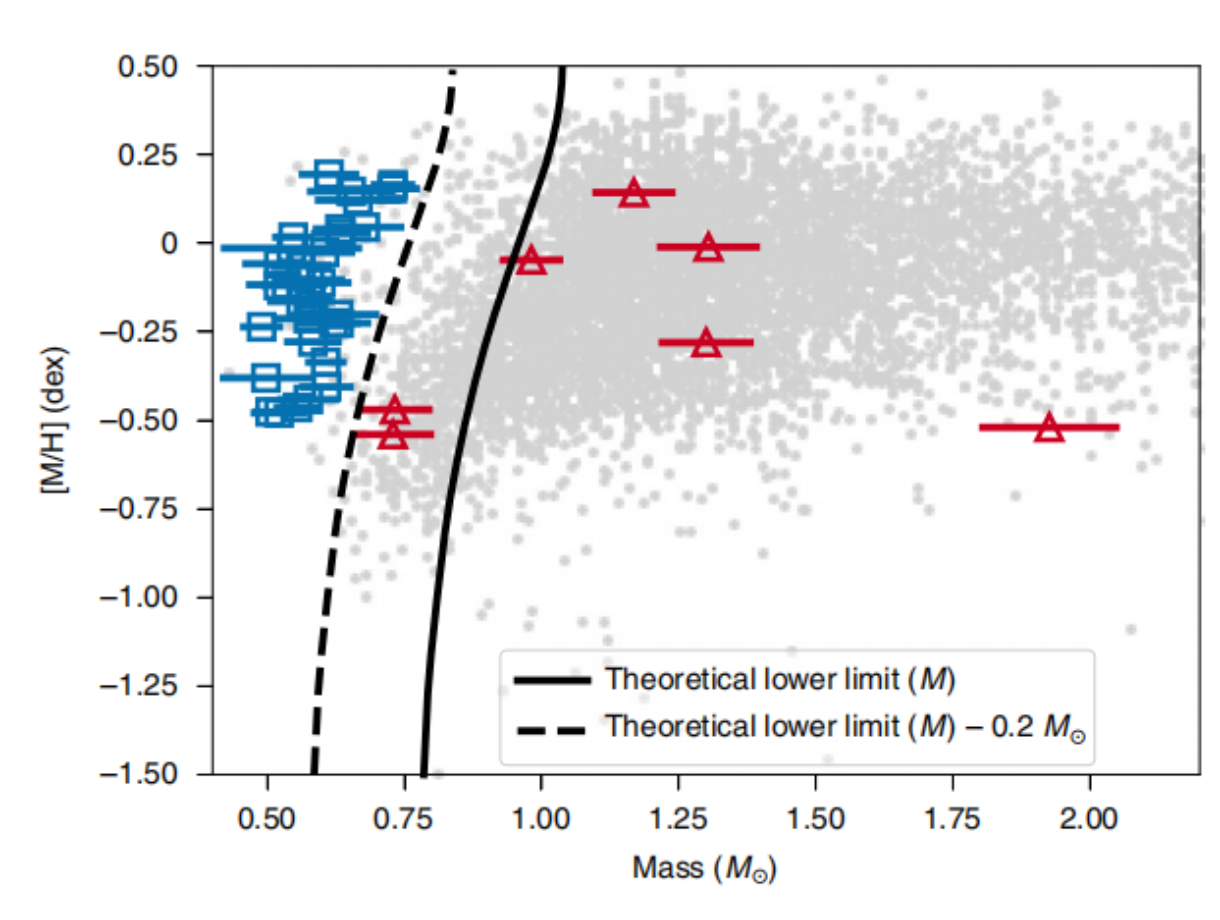 Among about 7,000 helium-burning red giants observed by NASA’s Kepler mission, the research  uses asteroseismology to identify two classes of stars that must have undergone considerable mass loss, presumably due to stripping in binary interactions. The first class comprises about seven underluminous stars with smaller helium-burning cores than their single-star counterparts. Theoretical models show that these small cores imply the stars had much larger masses when ascending the red giant branch. The second class consists of 32 red giants with masses down to 0.5 M⊙, whose implied ages would exceed the age of the universe had no mass loss occurred. The numbers are consistent with binary statistics, and their results open up new possibilities to study the evolution of post-mass-transfer binary systems.