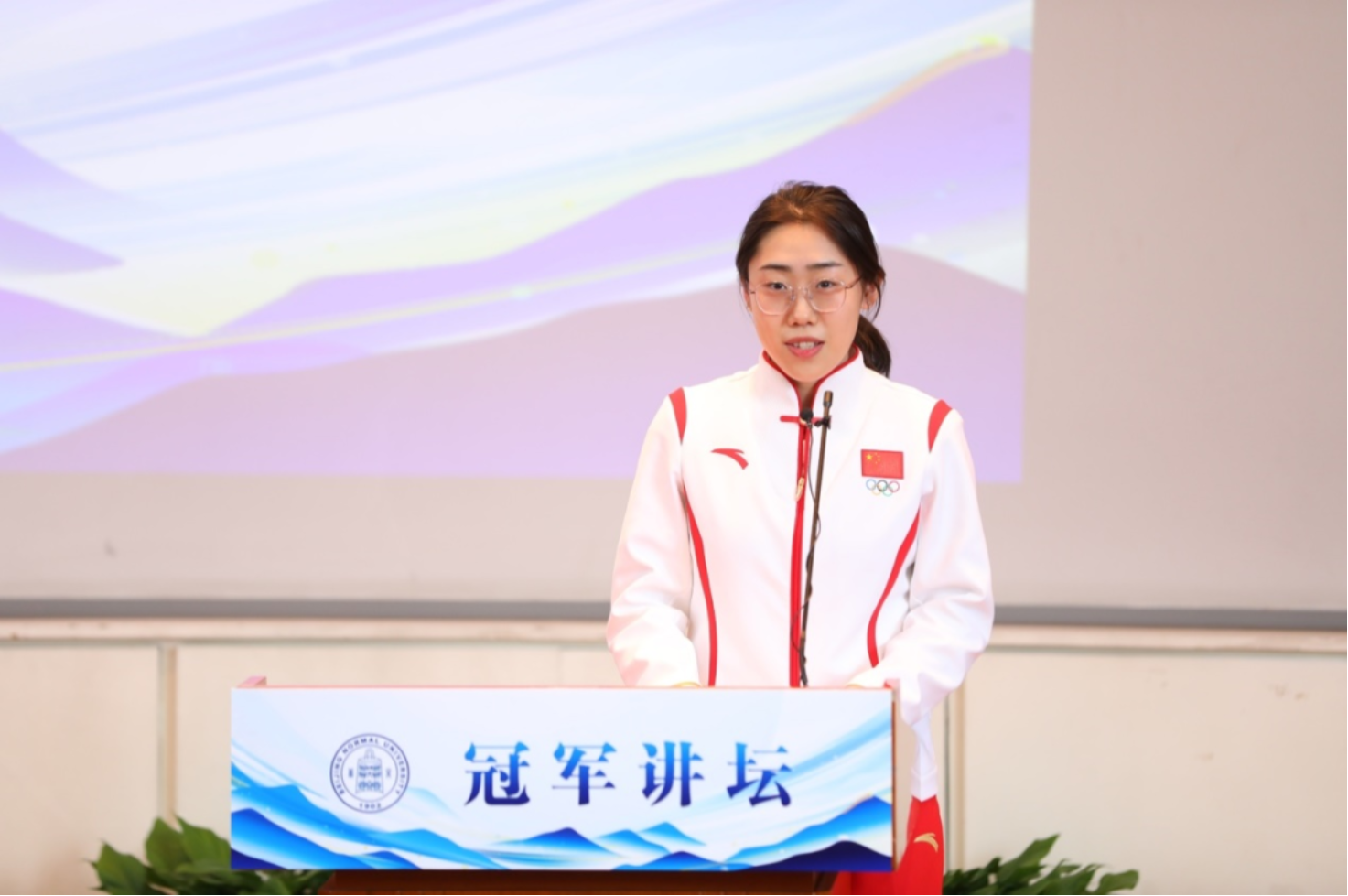 Zhang Yuting, the gold medalist in the 2022 Beijing Winter Olympics short track speed skating 2000 meters mixed team relay, reviewed her short track training experience and shared the thrilling moments on the road to winning the championship. Zhang said that having walked off the podium, everything started from scratch. She shared her advice for the students that they should adhere to their love in study and life, and not give up lightly; she hoped that through her sports experience, she could pass on the spirit of hard work to more people and show the world the good image of Chinese sports and Chinese college students and young athletes in the new era. 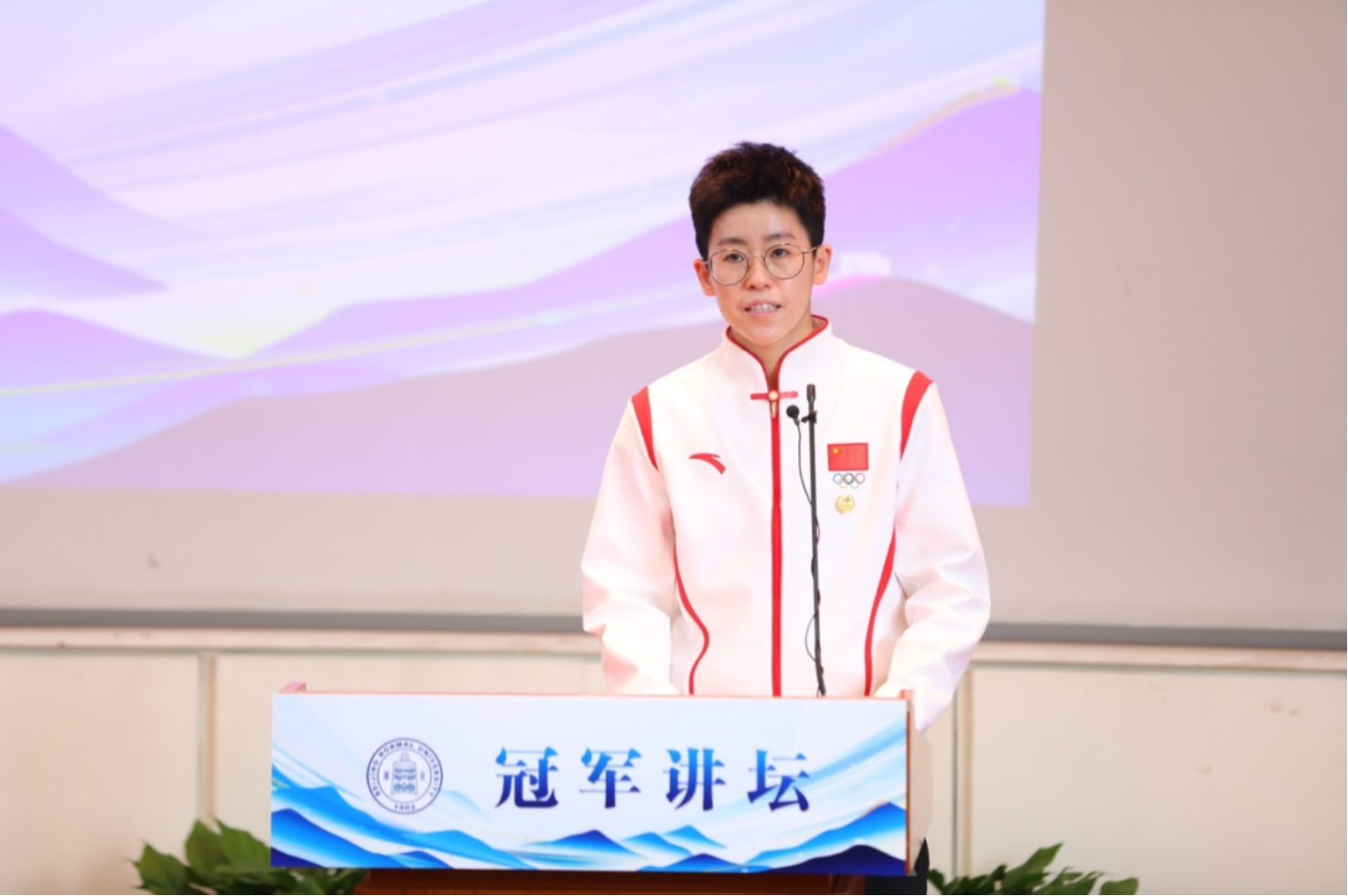 Fan Kexin, the gold medalist in the 2000 meters mixed team relay at the 2022 Beijing Winter Olympics, shared her growth experience. Fan overcame the harsh short track speed skating training in the coldest winters, conquered the fatal blow of sports anemia, and persevered in her dream of gold medal. After the trough of missing the gold medal at the 2014 Winter Olympics and the 2018 PyeongChang Winter Olympics, Fan chose to stick to the short track speed skating career she loved, and finally realized her Olympic champion dream in 2022. She recalled the scene when she kissed the ice at the Beijing Winter Olympics: "Many people thought I was going to retire, but in fact I just wanted to express my love for this ice rink, and my love for this project. She said: "I believe that our inner persistence and perseverance will surely compose a magnificent chapter in life till the end." 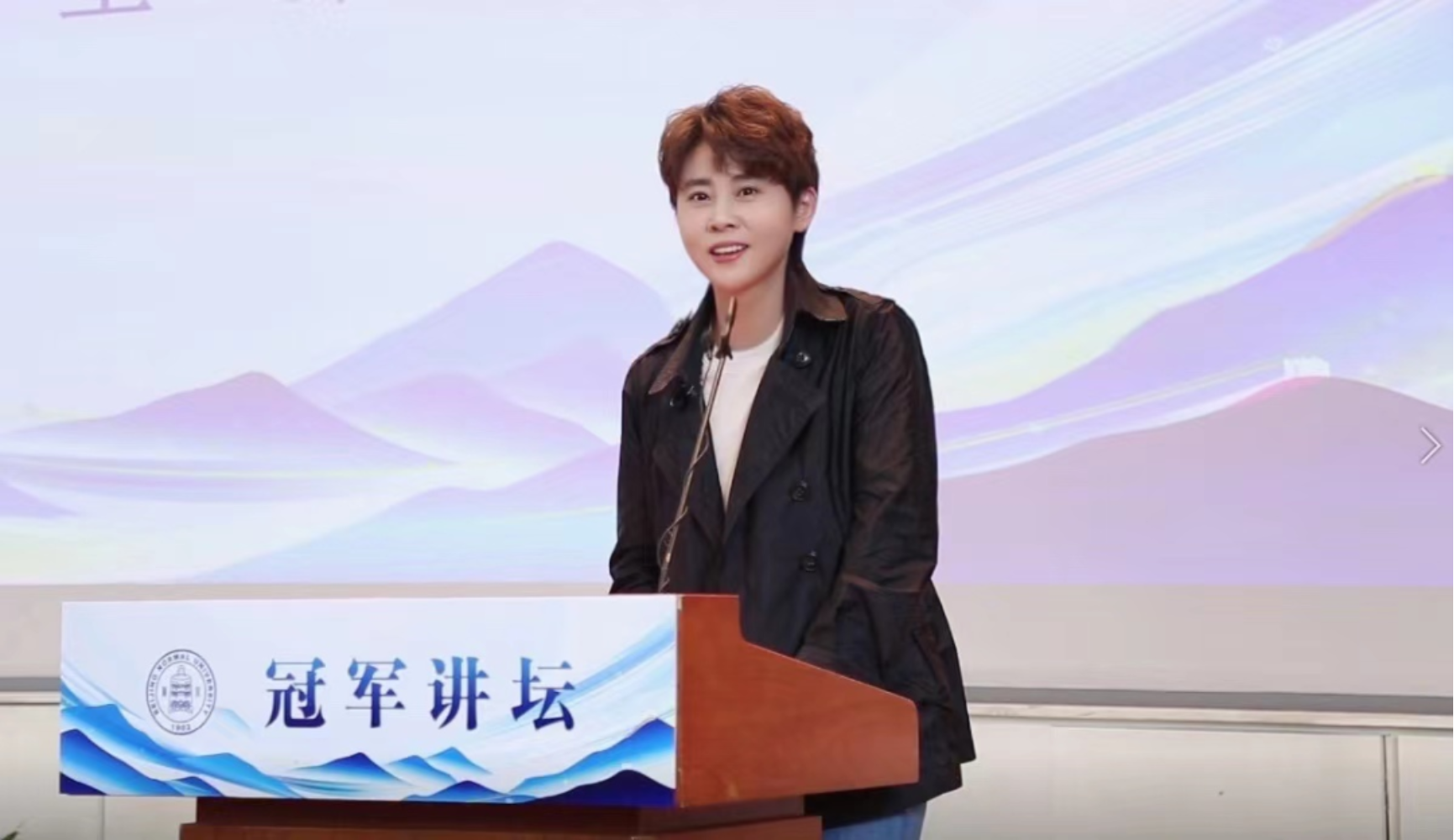 Four-time Winter Olympic winner, Wang Meng looked back on her career. As a world-class athlete who once pioneered the "Meng Era", she participated as a more diverse identity after retiring in the Olympic Games held by her motherland, and she was extremely proud and deeply felt the heavy responsibility on her shoulders. In the preparation phase for the 2022 Beijing Winter Olympics, Wang Meng participated in the formation of the coaching team, formulated training plans and organized international exchanges as the head of the coaching team of the short track speed skating and speed skating national team; during the Olympic Games, as a commentator on short track speed skating and speed skating, she experienced the wonderful events and spread the culture of ice and snow sports with hundreds of millions of spectators through professional and wonderful commentary. 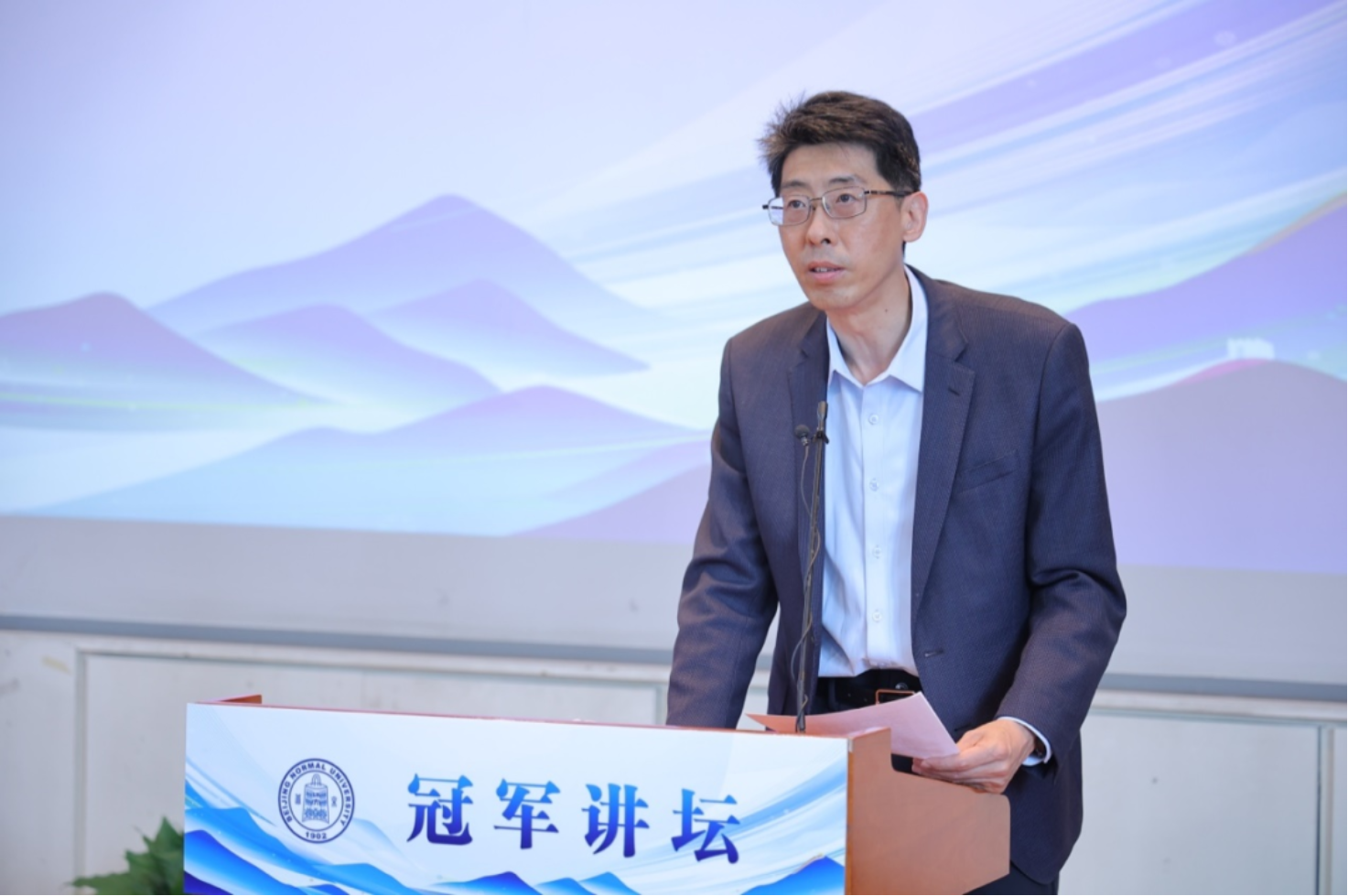 Zhang said in his speech that BNU selected a total of 390 professionals and volunteers of various types to serve the Beijing Winter Olympic and Paralympic Games. BNU has actively carried out media production on the theme of the Beijing Winter Olympics, and accumulated more than 30 million views of original pictures, texts and videos, involving volunteer stories, green Olympics, technological Olympics, Chinese cultural dissemination, ice and snow sports popularization and other topics. 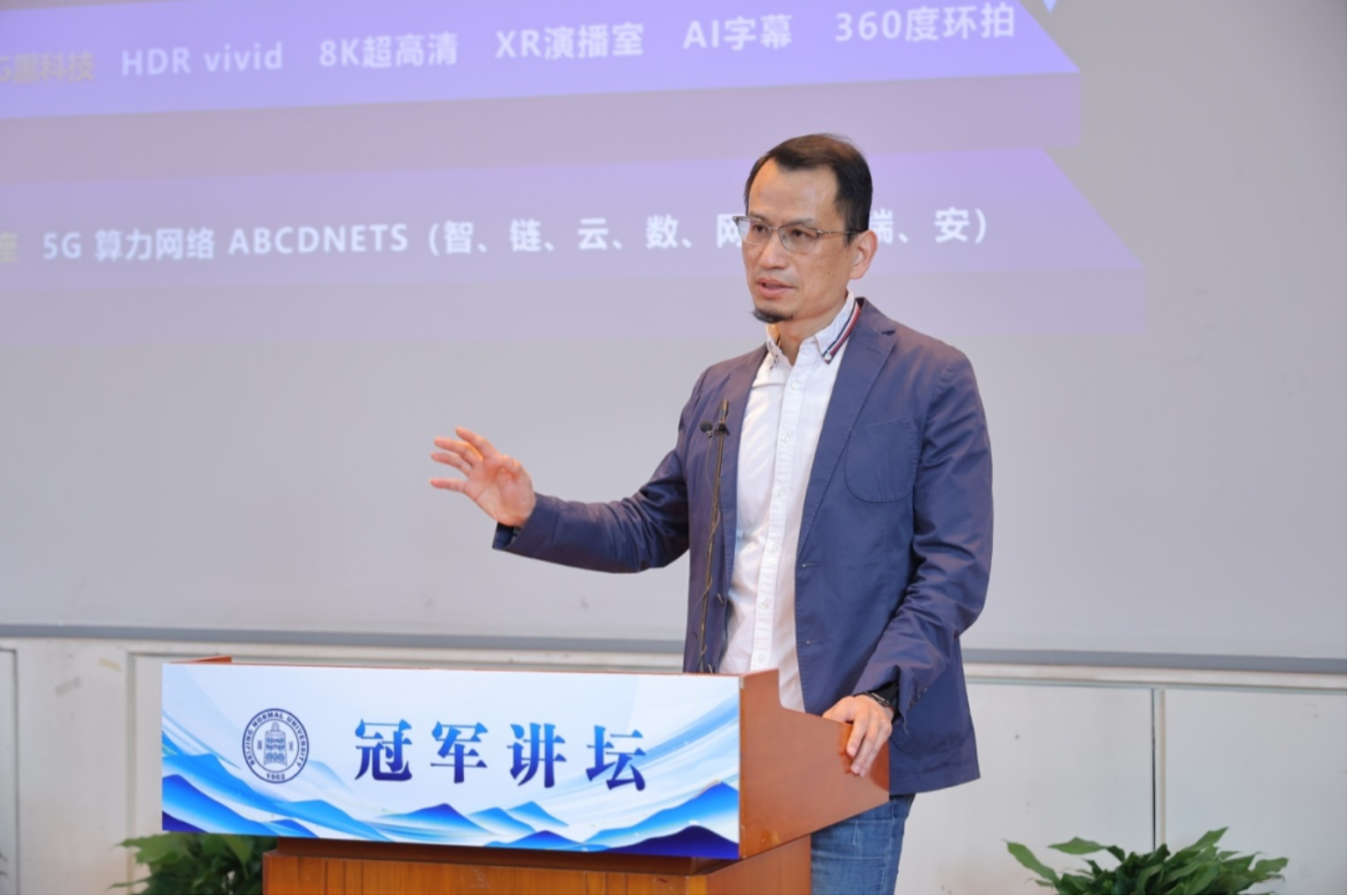 Yan introduced the technological innovation and communication strategy of China Mobile Migu Video in the broadcast of this Winter Olympic Event, and explained how Migu Video can bring the audience the audiovisual feast of the Winter Olympic Games.

Chen Yongwei, Director of the Publicity and Training Division of the Volunteer Department of the Beijing Winter Olympics Organizing Committee

Chen Yongwei shared with the students the wonderful stories of the Winter Olympic volunteer publicity and training, and encouraged the university students to actively carry forward the spirit of the Beijing Winter Olympics. 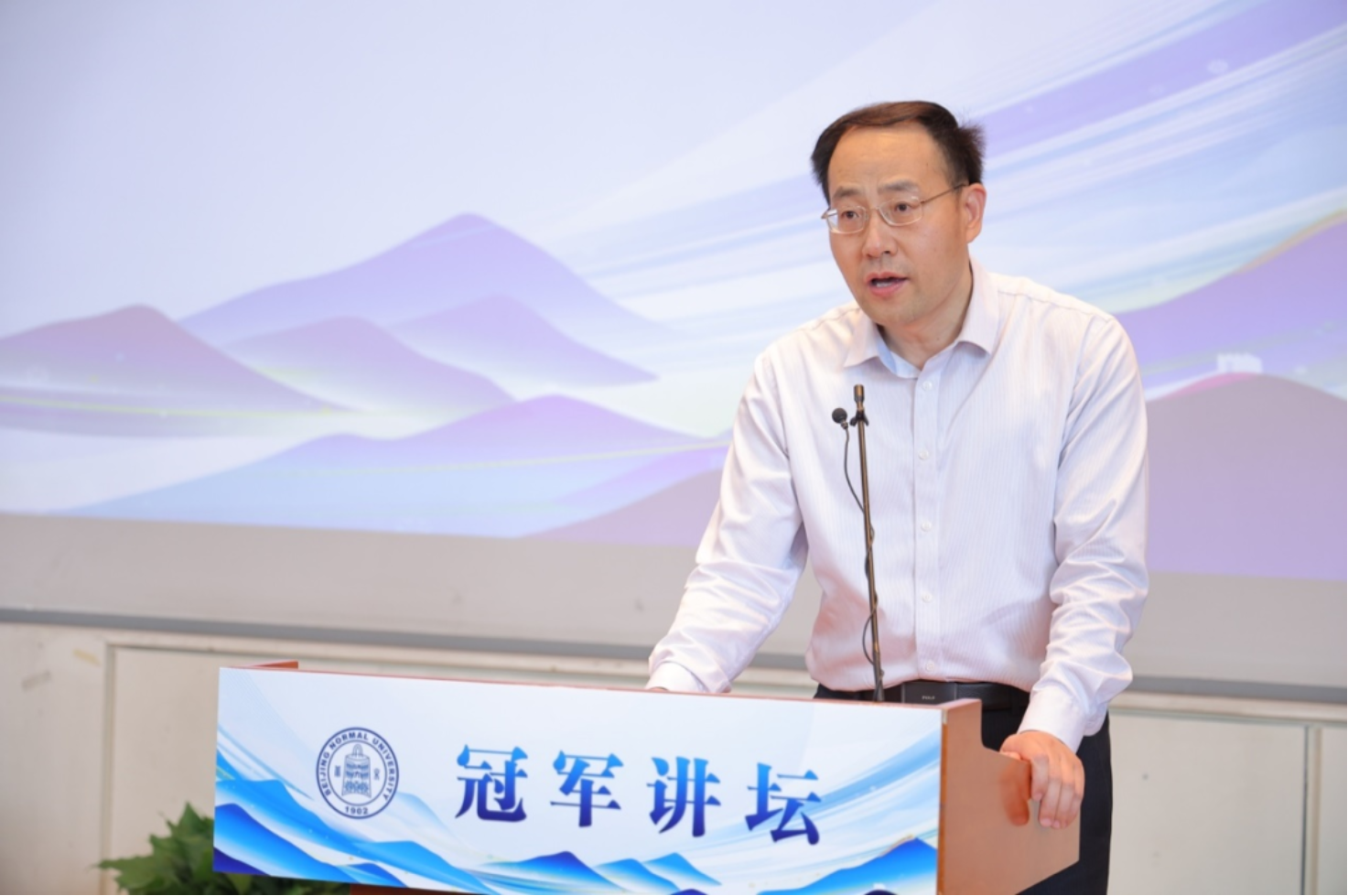 Fang Zengquan, chairman of School of Journalism and Communication Committee, presided over the forum 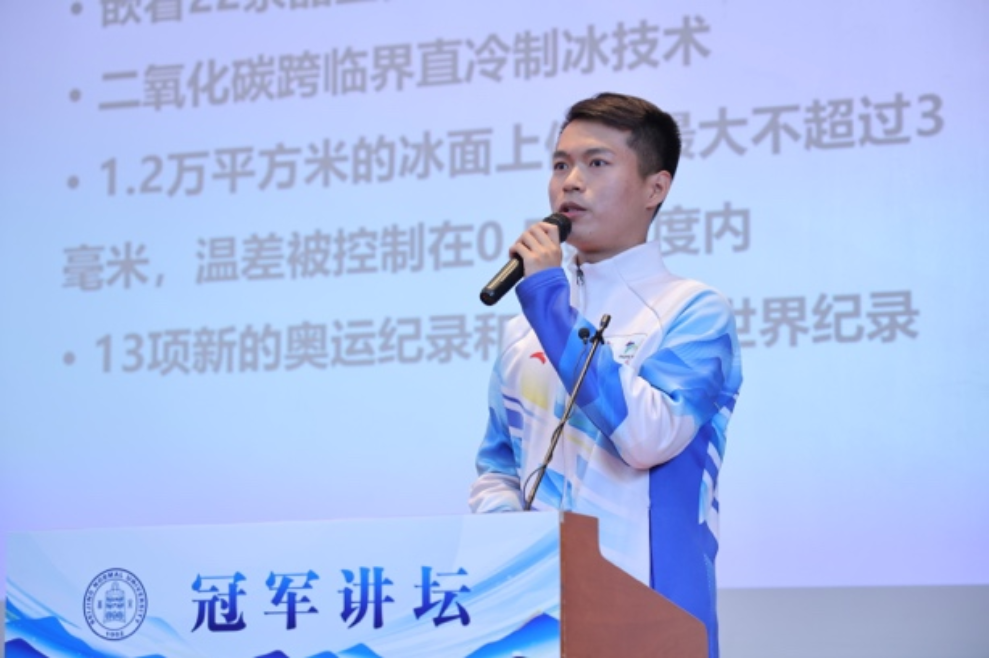 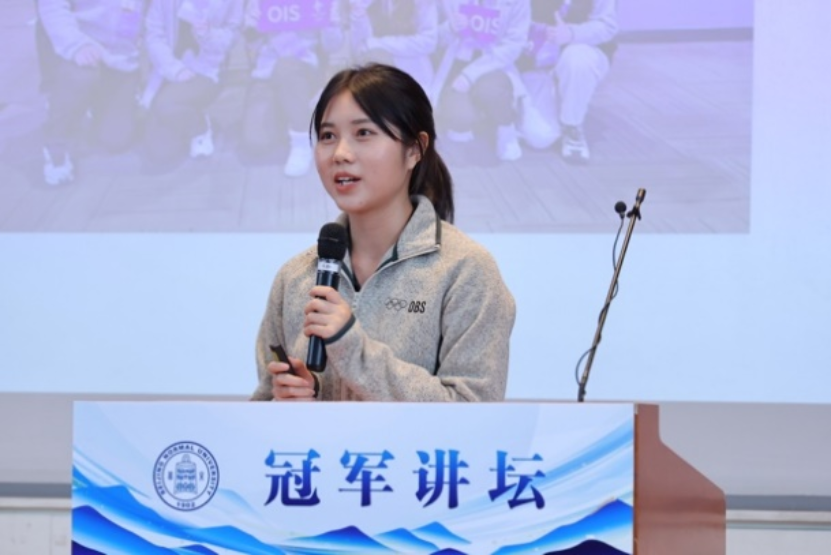 Wu Shuangtong, a BNU volunteer for the Winter Olympics at the National Speed Skating Hall, and Wang Yashi, a student reporter from OIS of the International Olympic Organizing Committee, shared the audience the stories in the Olympic service.