Migration is a resource-tracking strategy that birds evolve in seasonally changing environments, but the processes between phenotypic plasticity and population dynamics in migratory birds remain unclear. Bohai Bay is located on the East Asian Australasian Flyway (EAAF), supporting the survival and reproduction of tens of thousands of migratory waterbirds of over 200 types. A large number of waterbirds can be recorded in this migration every spring and autumn to stop over and replenish energy. With the help of the waterbird monitoring data collected for more than a decade, based on the analysis to the loss of staging habitat, BNU Prof. Zhang Zhengwang's team from the College of Life Sciences revealed for the first time the feedback link between bird migration strategies and population dynamics. 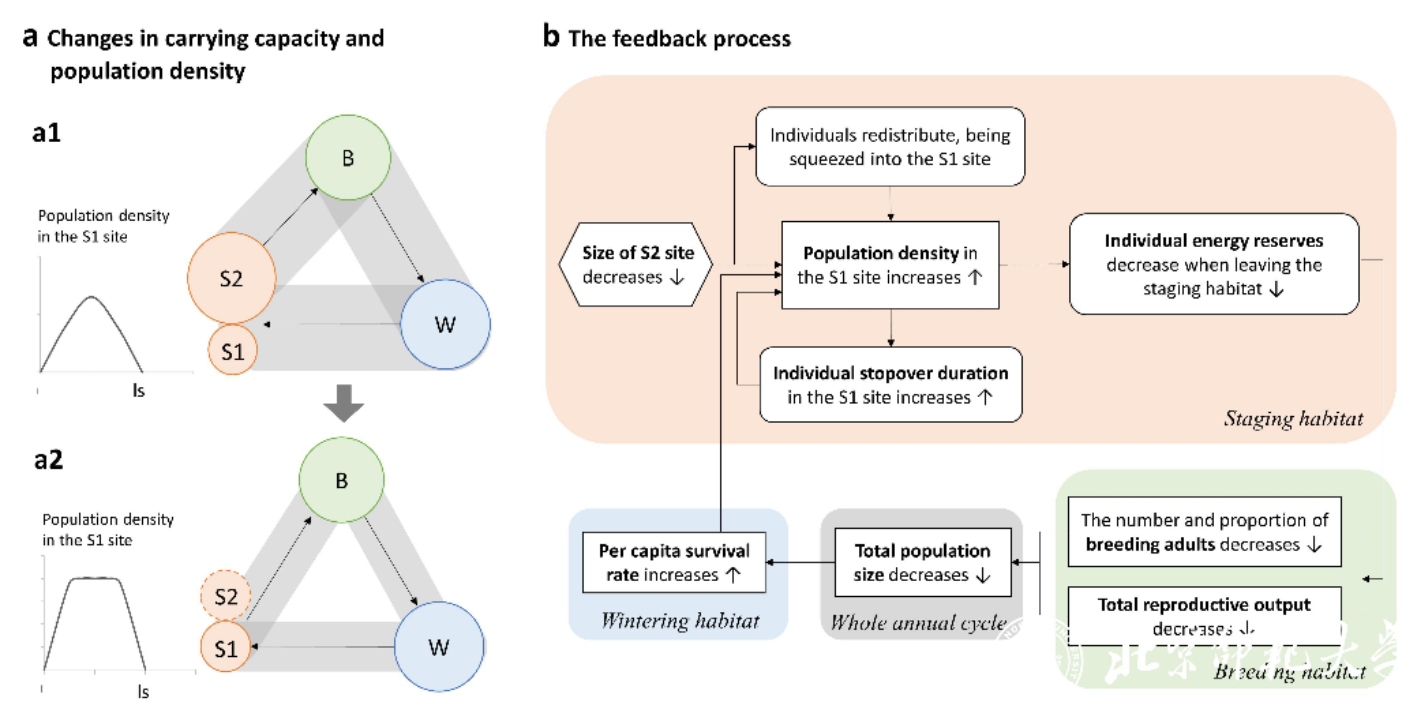 The research work, titled "Unravelling the processes between phenotypic plasticity and population dynamics in migratory birds," was published in the Journal of Animal Ecology, the flagship journal of international animal ecology. Liu Jin, a doctoral student at the College of Life Sciences of BNU, is the first author of the paper, and Prof. Zhang Zhengwang is the corresponding author. Other authors are Dr. Lei Weipan of BNU, Assc Prof. Mo Xunqiang of Tianjin Normal University, Prof. Tim Coulson of Oxford University, and Mr. Chris Hassell, a waterbird expert in Australia.