﻿China has the largest number of glaciers across the middle- and low-latitude areas worldwide. Recent studies have shown that there are a total of 48,571 glaciers with an area of approximately 51,840.1 km2, which account for 22.5% of the number and 7.3% of the area of glaciers globally in the up-to-date Randolph Glacier Inventory. Glaciers in China are mainly distributed in the high mountains of the western region. Except for the Altai, Saur, and Tien Shan Mountains, which are located in the northern Xinjiang Uygur Autonomous Region of China, the others are concentrated on the Tibetan Plateau (TP), which is the “Third Pole of the Earth” and “Water Tower of Asia” . To explore the distribution and changes of China's glaciers, two Chinese Glacier Inventories (CGI-1 and CGI-2) have been constructed by Chinese glaciologists in different periods over the past half-century, and an increasing number of glaciers have also been monitored by on-site instruments since the late 1950s. This study performed a reanalysis of the first and second inventories and reviewed the existing in-situ observation-based studies on glacier mass balance and length to provide new insights into national-scale glacier changes and the associated influencing factors across China.

Recently, the team of Professor Xiao Cunde of Beijing Normal University, together with researchers from Gothenburg University in Sweden, the Qinghai Tibet Plateau Research Institute of the Chinese Academy of Sciences, the Northwest Institute of ecological environment and resources, Lanzhou University, Yunnan University, Yichun University and other institutions, issued a document in Earth Science Reviews. Based on two Chinese Glacier catalogues and existing glacier material balance and length observation data, this paper reveals the temporal and spatial pattern of glacier change in China in recent half a century from a single glacier and watershed scale, and systematically determines the relative importance of glacier change in China from the contribution factors such as regional climate and its change, glacier morphology and topographic characteristics. 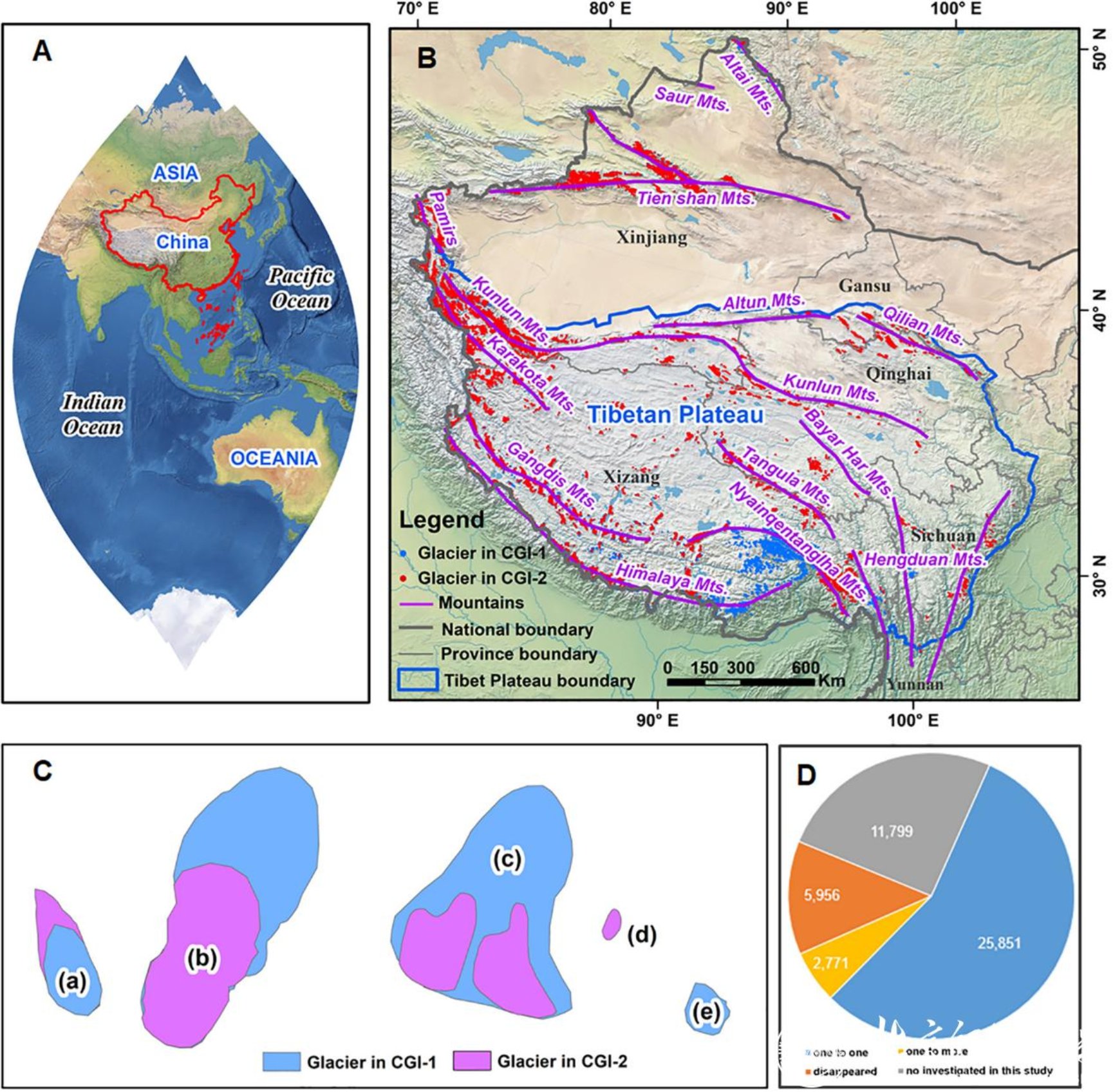 The changes in China's glaciers have divergent regional trends dominated by different causes. Overall, the shrinkage during the past half-century increased from the northwest (interior) to southeast on the TP and decreased from the northeast to the southwest in northern Xinjiang, including the Chinese Tien Shan Mountains. On the basin scale, a significant positive correlation was observed between AAC/AVC and snowfall changes, and a significant negative correlation was observed with rainfall variations. No significant correlation between glacier changes and PDD and NDD variations was found. Moreover, at both the individual glacier and/or glaciated basin scales, all/some indicators of glacier change had significant correlations with glacier size, debris coverage, mean elevation, slope, and aspect. This indicates that local-scale glacial morphology and topographic conditions exert profound impacts on changes in individual glaciers. 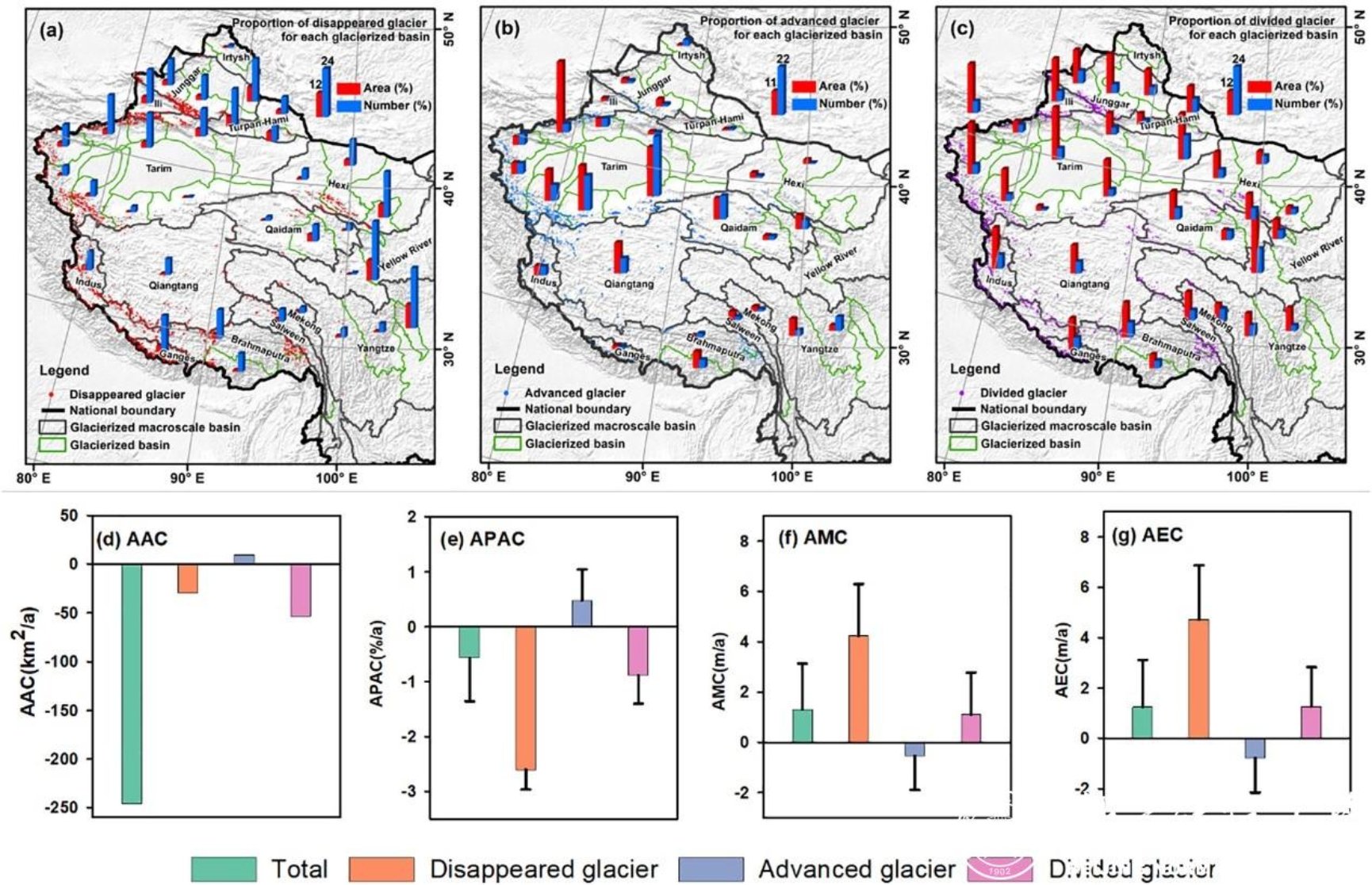 Fig. 2. Change in three different types of glaciers in China. 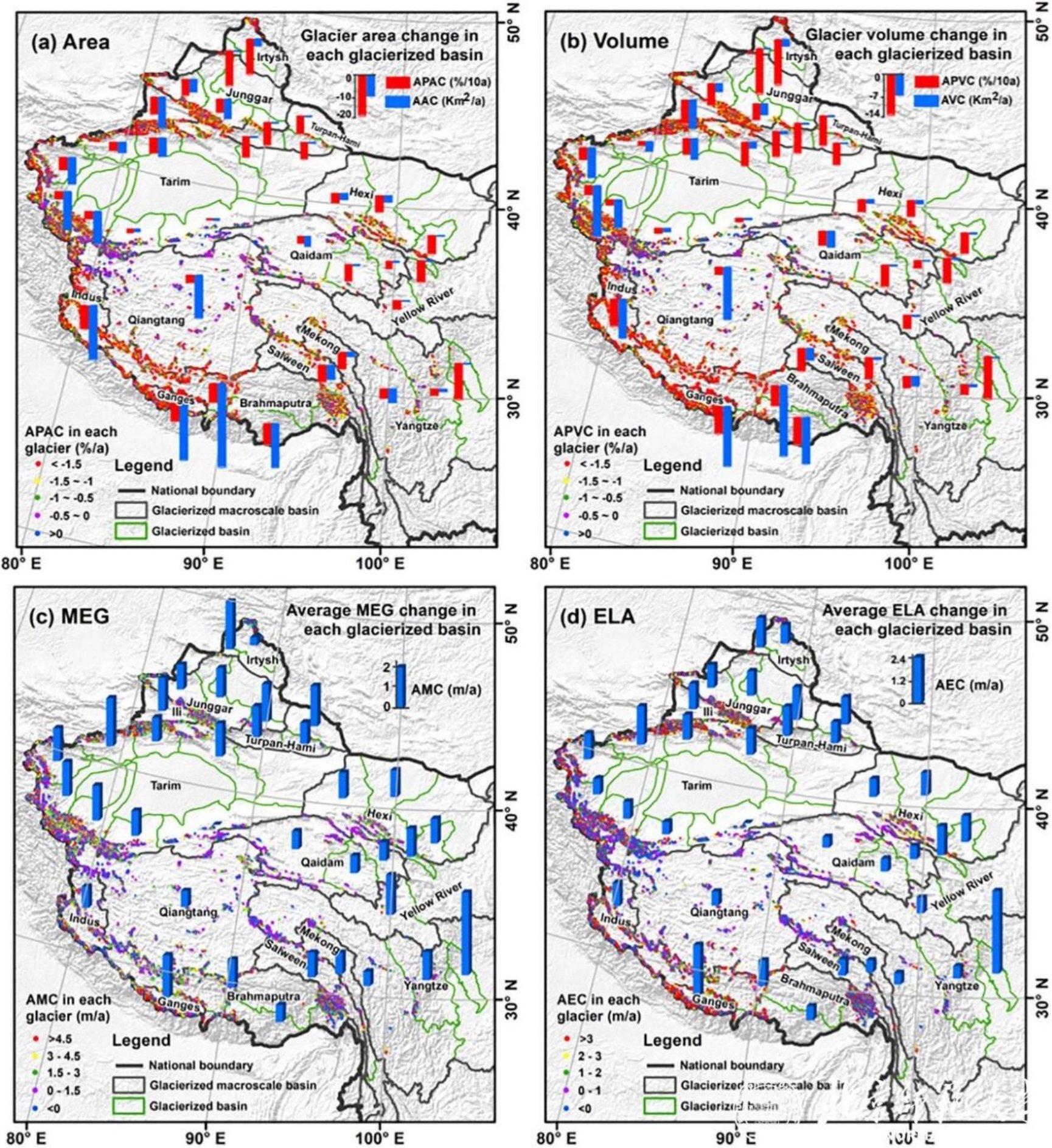 Fig. 3. Relative and/or absolute changes in terms of the (a) area, (b) volume, (c) MEG and (d) ELA for all investigated glaciers at both individual glacier and basin scales across China during the CGI-1 and CGI-2 periods.

To advance research on China's glacier changes further, there is a strong need to continue glacier mapping with a remarkably high quality (Nie et al., 2021). In particular, the newly planned national glacier inventory (CGI-3) should be implemented to explore the most recent glacier changes since 2000. In addition, it is of great importance to strengthen and coordinate in-situ and remote sensing observations and to improve numerical models in the future.