﻿The Confucius Institute at the University of Macerata (UNIMC) in Italy carried out various promotions for the Winter Olympics to local Italians, especially Italian teachers and students. It attracted their attention to the Beijing Winter Olympics, increased their understanding of China and Beijing, and thus improved the recognition of the Olympic spirits and a Community of Shared Future for Mankind.

BNU and the UNIMC jointly established the Confucius Institute in 2011. Since its establishment, the Institute has actively carried out Chinese language teaching, trained Chinese teachers, and implemented academic and cultural exchanges with foreign countries. In 2015, China and Italy reached an agreement to establish a model Confucius Institute at the University of Macerata, and the inauguration ceremony was held in July 2021, a new milestone of development for the Macerata Confucius Institute. 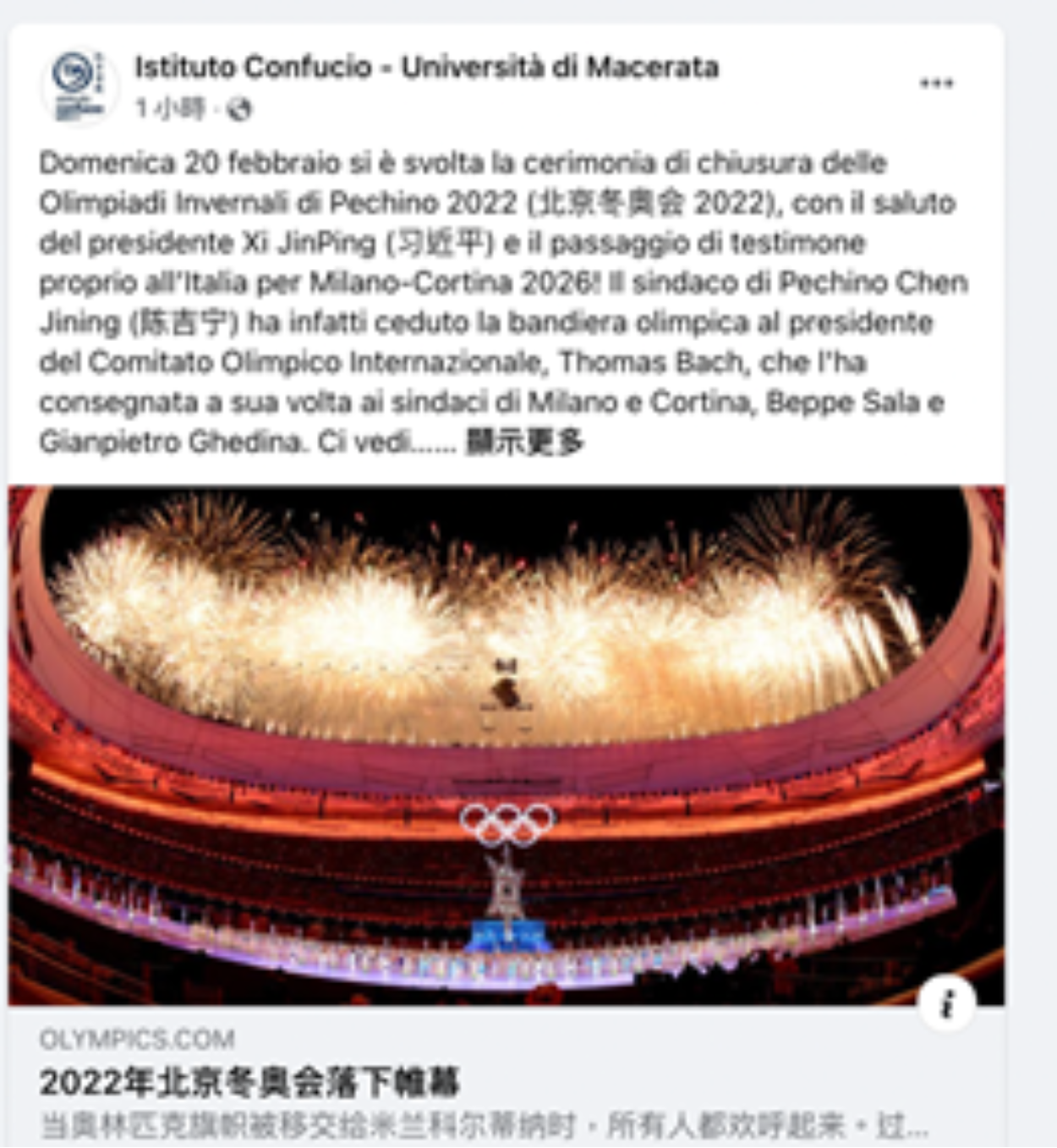