In the Winter Olympics, there are 10 college student reporters. They were selected by the International Olympic Committee and the Beijing Winter Olympic Organizing Committee from Peking University, Beijing Normal University and other universities to participate in the Olympic information service operation team established by Olympic Information Service (OIS), providing basic information services for journalists and broadcasters reporting the Beijing Winter Olympic Games around the world. 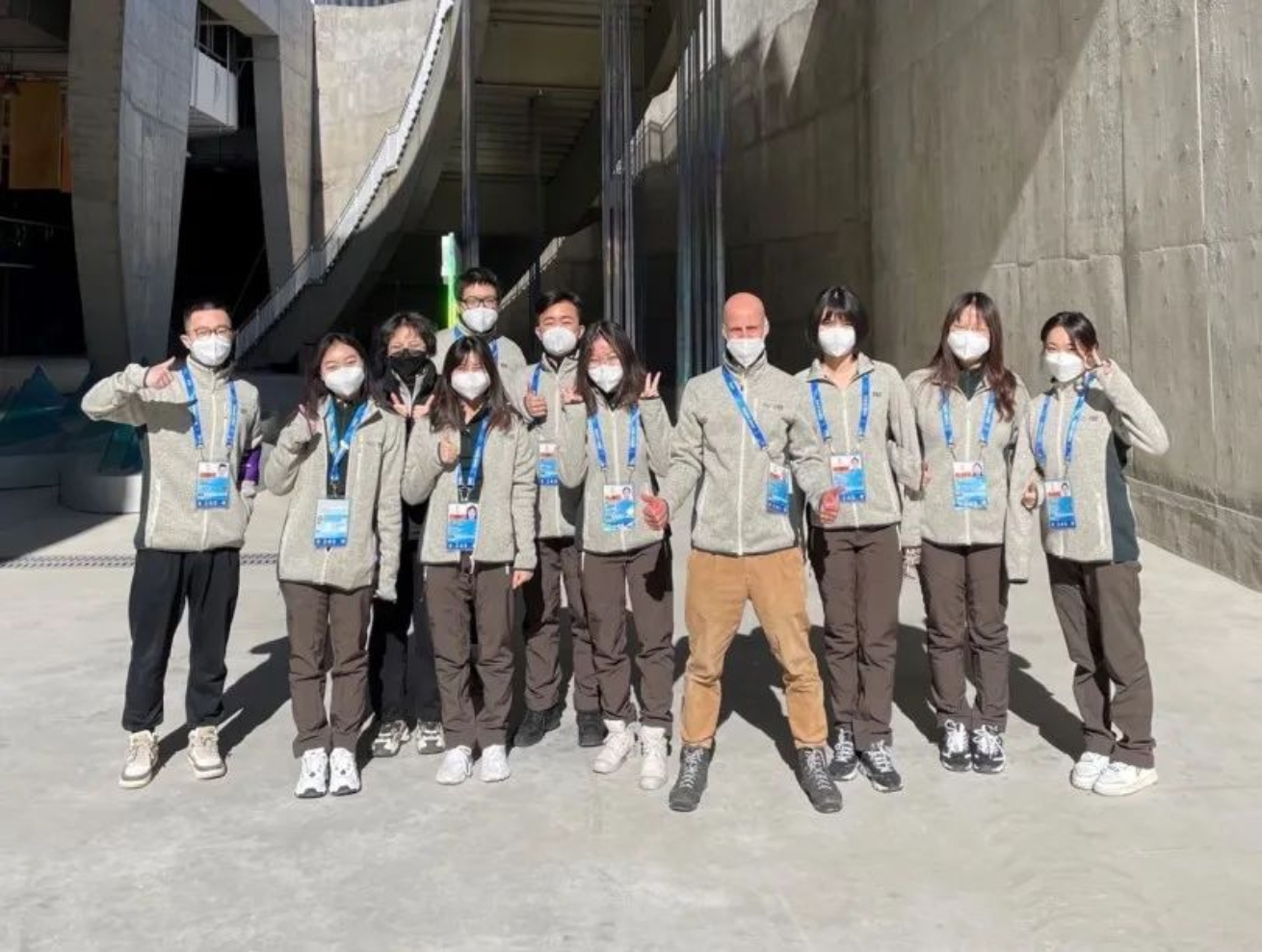 Li Xiuzhi, Wang Yashi and Shu Xin from Beijing Normal University have become college reporters with excellent performance. They shuttled between various Winter Olympic venues, witnessed the sweat of Olympic athletes on the field, and disseminated information for the Winter Olympic Games at the first time.

In order to provide information services for the Winter Olympic Games, student journalists are required not only to make full preparations before the game, but also to constantly update the latest information, so as to prepare for possible accidents on the field and interviews after the game. After the competition, the reporters need to wait for the athletes in the interview area for the first time. They need to prepare some targeted questions according to the competition situation.

The instant quotations submitted by the college student press groups in the official information system play an important role in the dissemination of the Winter Olympic Games and provide first-hand materials for the broadcast media all over the world. Therefore, after the interview, the press group needs to complete the writing of instant quotations as soon as possible on the premise of ensuring accuracy.

Wang Yashi, a 2020 Grade postgraduate student of the School of Foreign Languages and Literature of BNU, said: "One of my most exciting interviews was in Shougang Park, where I witnessed Gu Ailing win the championship of Women’s Freeski Big Air. I followed up her interview and press conference. I was completely impressed by her efforts, self-confidence, courage to challenge, her soberness and openness in the interview, and her kindness and warmth to reporters and staff. From her interview, I collected many wonderful instant quotes and wrote them into the press conference highlights of the day. I am very happy that there is such an excellent and intelligent girl in our country, and I put her wonderful speeches into the Olympic information service system for media all over the world." Shu Xin, a 2019 Grade undergraduate at the School of Foreign Languages and Literature of BNU, mentioned: "Every day we worked at OIS is full of challenges and freshness. We would go to different competition venues to interview athletes in the mixed mining area. I still remember that my first interview was in the National Aquatics Center (Ice Cube). I was very nervous in the face of Curling Mixed Double athletes from Canada. However, I didn't expect that the interview was completed smoothly. The athletes answered my questions very patiently and kindly. With the help of OIS senior reporter, I finished my first flash quotes. When I saw my interview published, the inner sense of achievement was unspeakable." 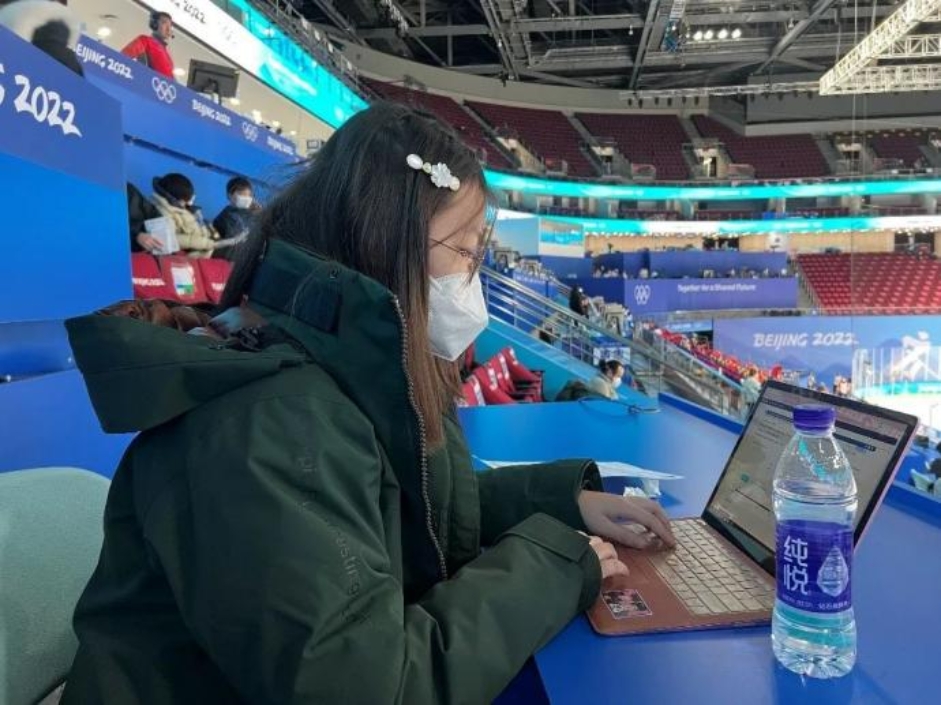 Li Xiuzhi, a 2020 Grade postgraduate student at the Chinese Language and Culture College of BNU, said that when he got into the closed-loop management and started working, he was both nervous and excited. Working in an all English environment, interviewing international athletes and writing instant quotations made him nervous and worried about not capable of doing the job. He was also excited to be able to fight side by side with the excellent journalists of the Olympic Broadcasting Company and go to different venues to interview the excellent athletes of various countries, which would undoubtedly greatly broaden his horizons and become an extremely valuable life experience. 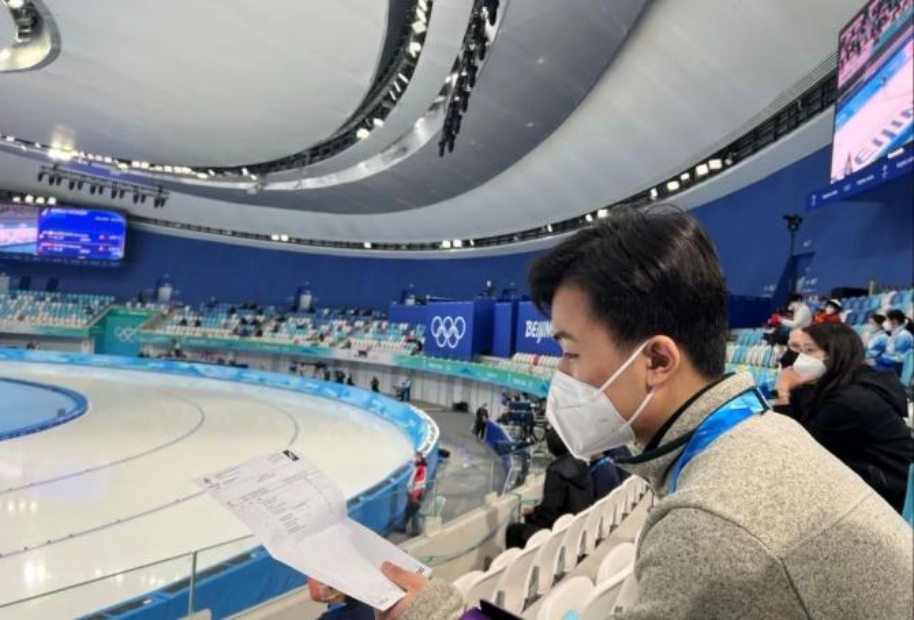