In the mountains in Yanqing, Beijing, the Pearl Spring Central Primary School with only 45 students from 18 nearby villages mostly with poor economic conditions, has formed an ice hockey team for more than two years. Zhao Jisheng, a retired teacher from the College of P. E. and Sports, BNU, was invited as the coach, leading a group of ice hockey children to practice on the frozen river near the village in winter. He taught children ice hockey skills, passed on the joy of the sport, and planted the seeds of ice and snow sports in the hearts of the children. 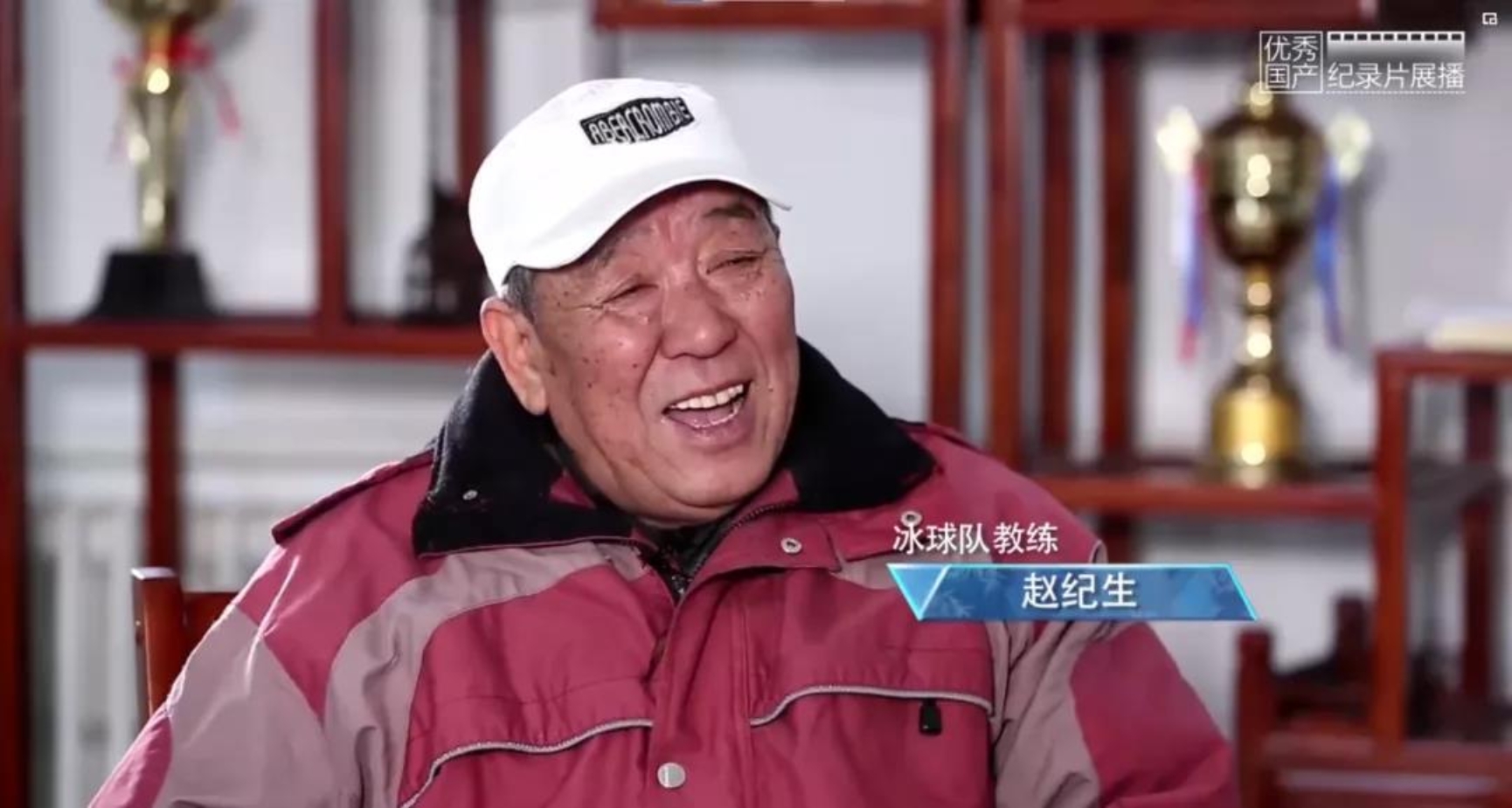 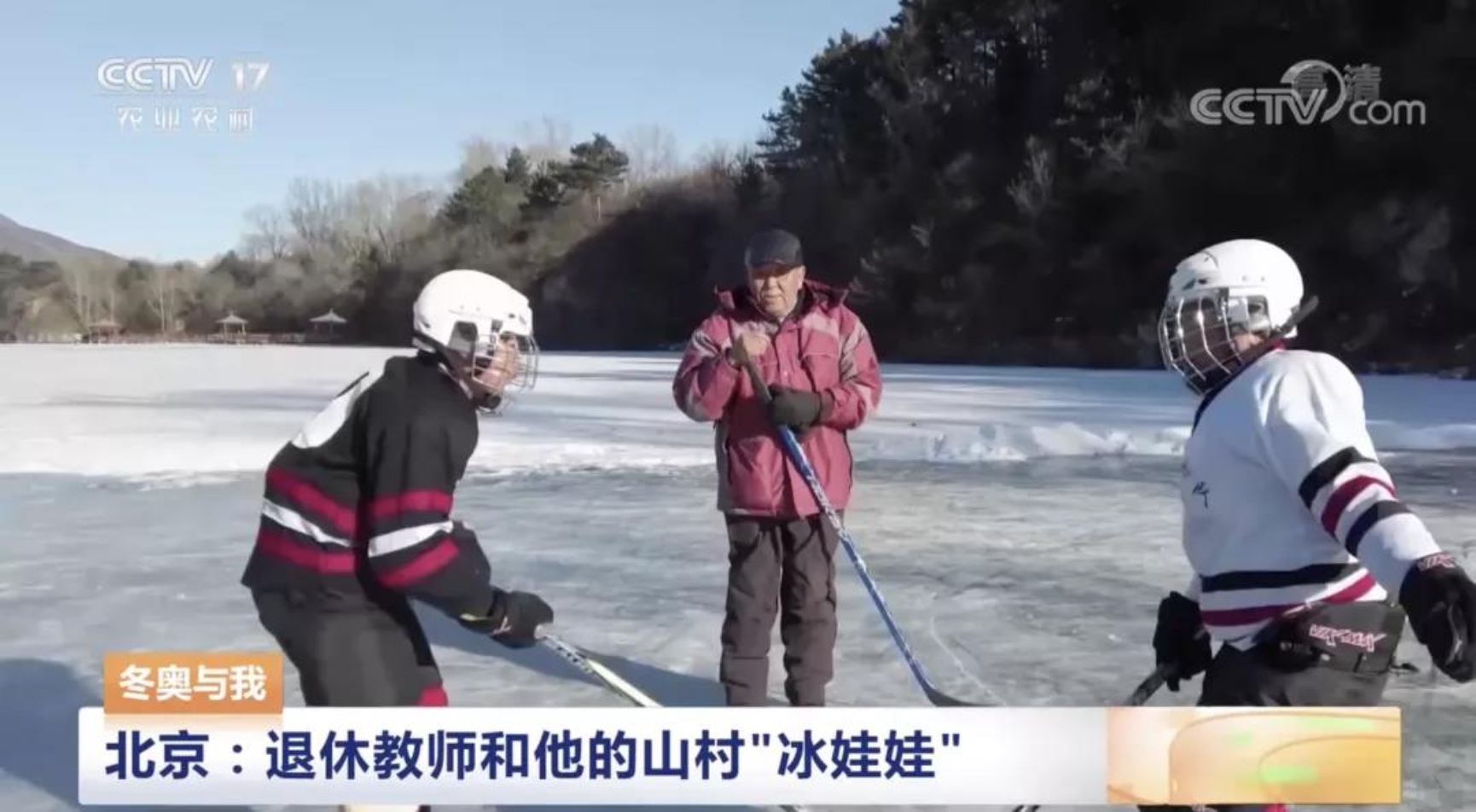 Ice hockey is a relatively expensive sport, and the necessary facilities such as venue, equipment, and coaching are costly, which had become an obstacle for a primary school in the mountains. To this end, the school adapted to local conditions, taking advantage of the low temperature in the mountainous areas and the long ice period in winter, and turned the natural river into a free ice rink. They also raised funds to provide 15 sets of free entry-level ice hockey equipment for the children, and invited the retired BNU P.E. teacher as a voluntary coach... This ice hockey team made up of children from villages in the mountains, was named the Mountain Kids.

"Since the successful bid for the Winter Olympic Games, the atmosphere of the whole country welcoming the Winter Olympics has been warm. Since Yanqing is the venue for the Winter Olympics, our children must take the lead in the ice and snow sports." Liu Dianxing, the principal at the time, found that although local children loved to play with snow, they never had the opportunity to learn ice and snow sports professionally. Under consideration, he invited Zhao to teach at the school, and the two hit it off. The school immediately integrated the P.E. curriculum to provided students with two hours per week for ice and snow exercise in the winter, under the premise of safety on the ice. 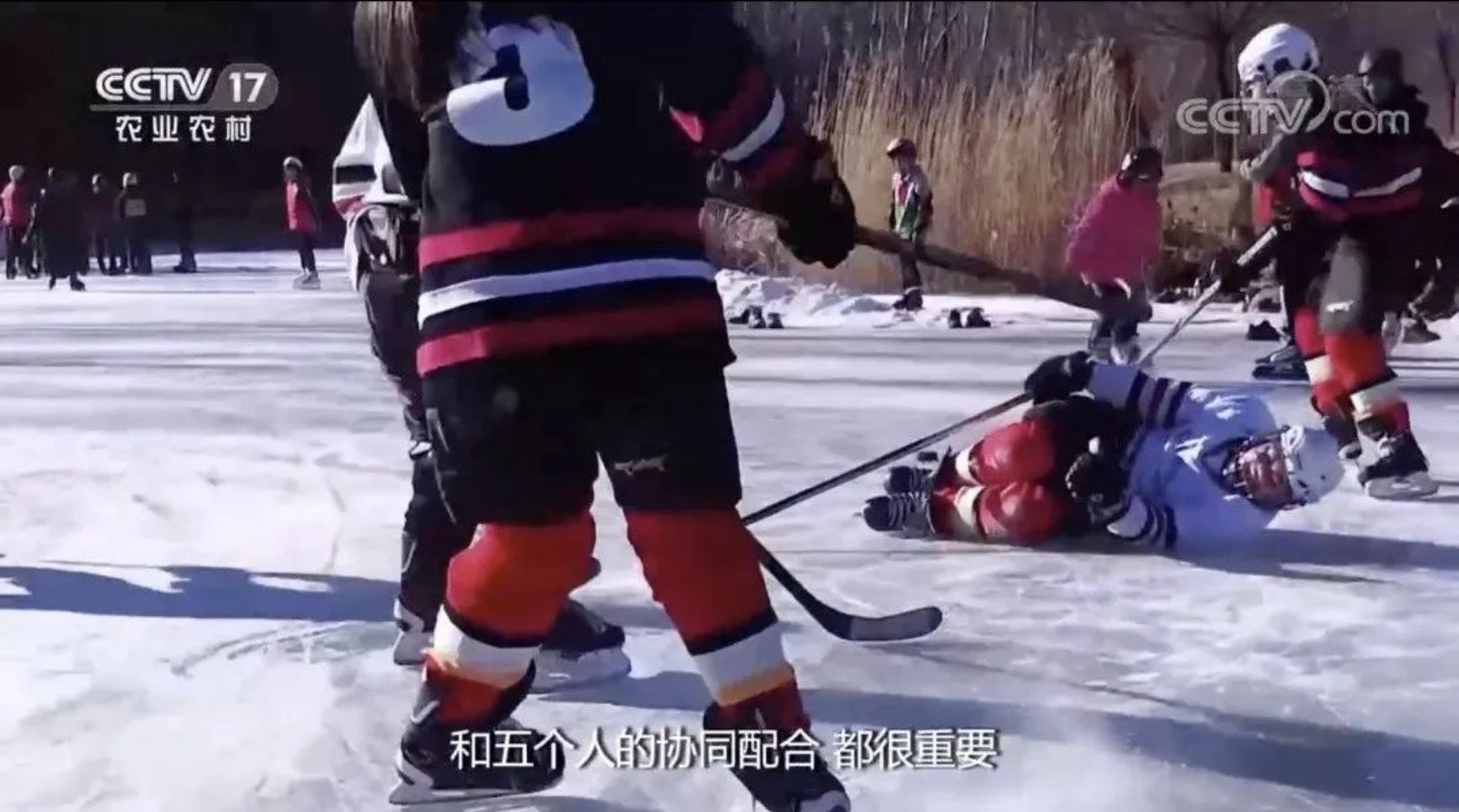 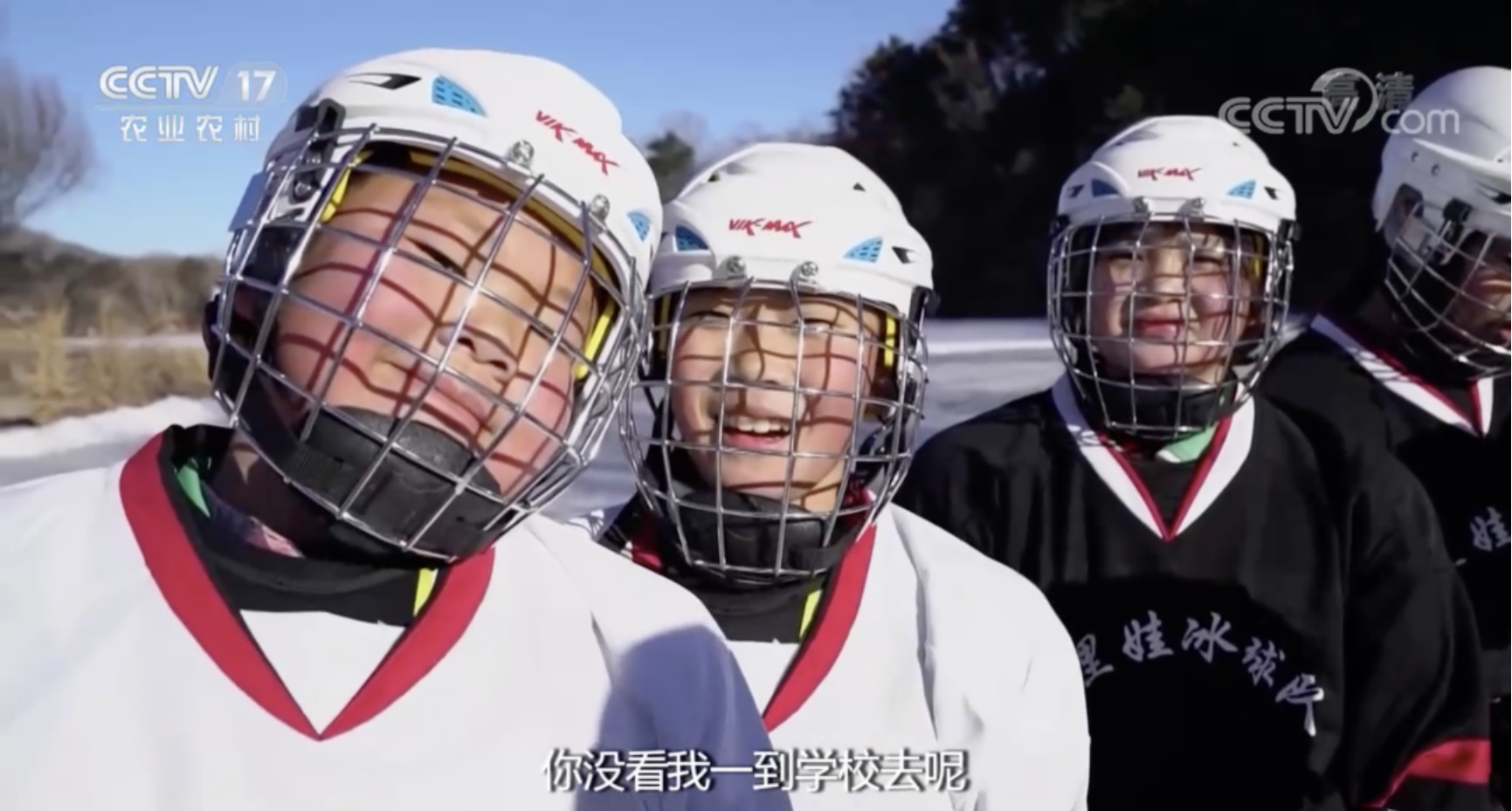 In just two years, starting from scratch, this tiny primary school in the mountainous area has successfully formed an excellent ice hockey team. The team members were selected from second to sixth grades and the boys and girls were divided into defenders, wingers, forwards and goalkeepers. Every Wednesday afternoon, the ice hockey team members would wear helmets, neck pads, chest pads, skates, etc., and the two fully armed teams started to compete.

In May last year, the Beijing Primary and Secondary School Ice Hockey League kicked off, and the Mountain Kids were invited. It was not only the first time that the children participated in a competition, but also that many children came to downtown Beijing. The Mountain Kids were in a group of 4 teams, and all the other teams were from downtown Beijing. Due to the difference in strength, Mountain Kids lose the game, but the children were not discouraged. “I told them that this competition is our rare chance to learn, so failure is not terrible, and their progress is the greatest success,” Zhao said.

Before the last day of the competition, the Mountain Kids received a surprise. They went to the National Indoor Stadium and visited the men's ice hockey venue at the Beijing 2022 Winter Olympics. 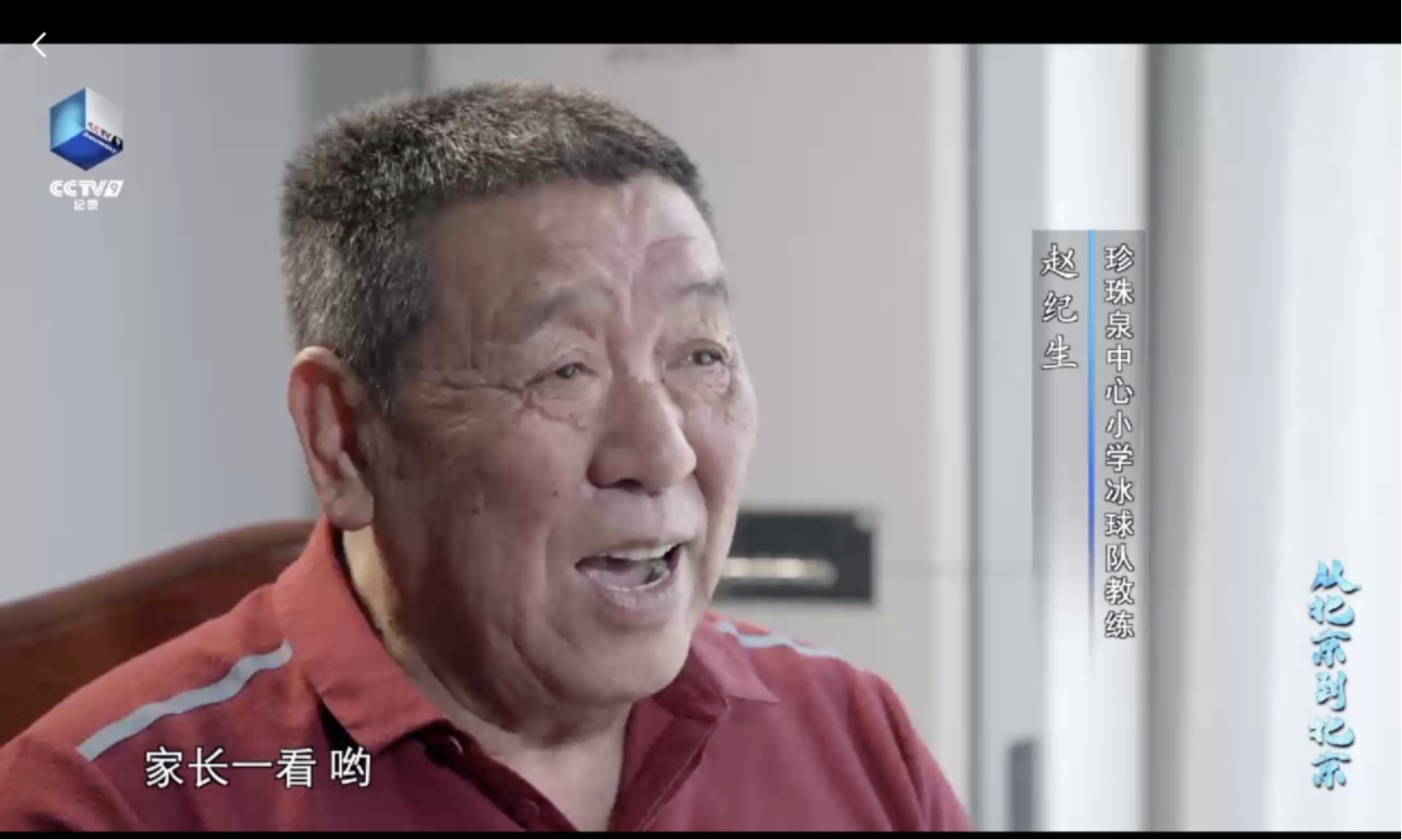 Zhao said, “Children is the future of a sporty and healthy China. With the enhancement of comprehensive national strength, physical education is developing synchronously. Physical Education, whether it is urban or rural, is showing an increasingly important role.”