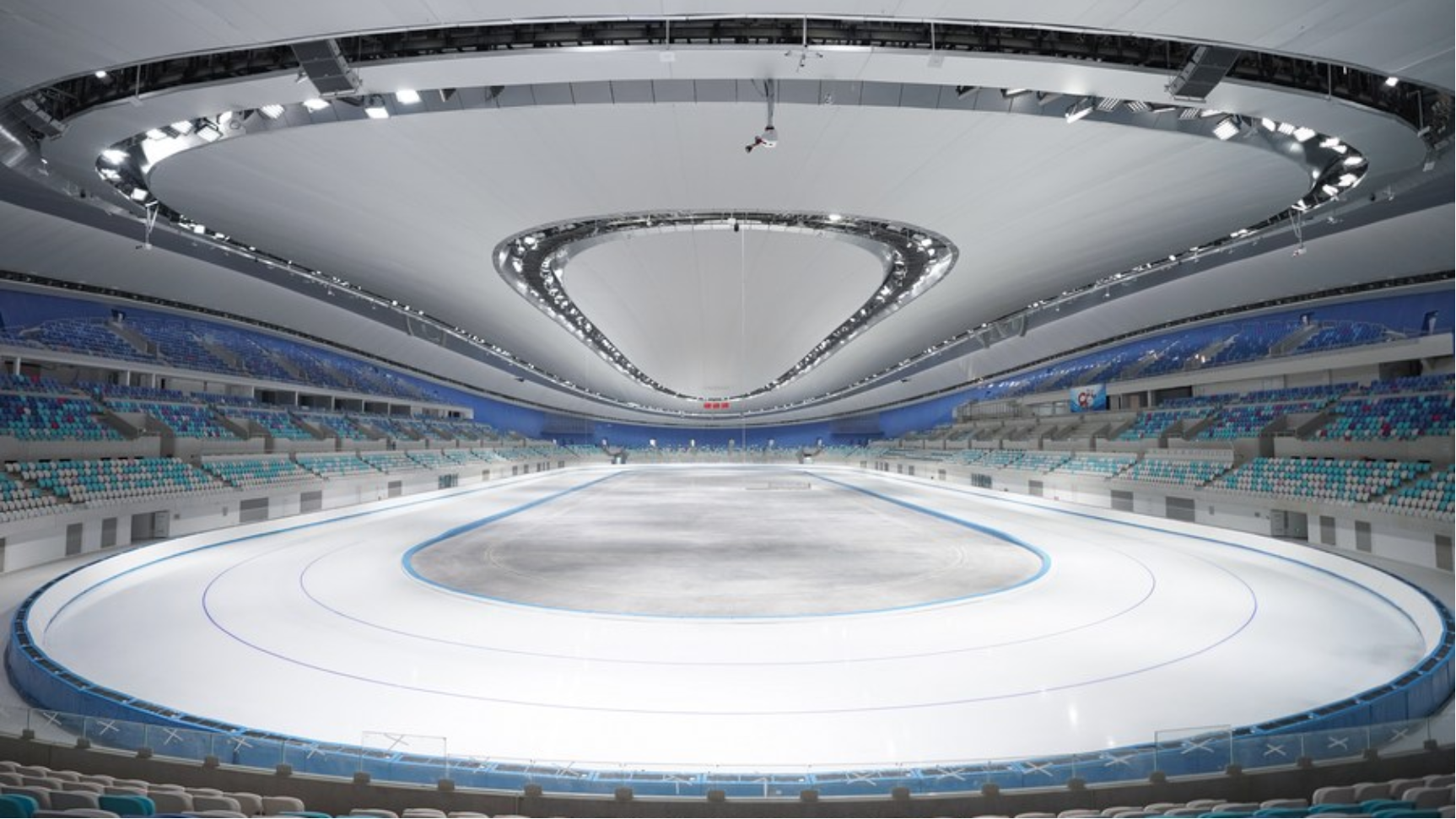 A view of the National Speed Skating Oval in Beijing, capital of China, January 22, 2021. /Xinhua

Everything is going according to the plan. The world will be watching the Winter Olympic Games in Beijing from February 4 to 20 and the Winter Paralympic Games from March 4 to 13. It looks like these events will be unprecedented in history. The government and the private sector have invested a whopping $3.9 billion in events in Beijing and nearby cities for the Games. About 3,000 athletes will take part in 109 different competitions. The Paralympic Games will feature 736 athletes in 78 disciplines. The Chinese capital is ready to be the first to host both the Winter and Summer Olympic Games.

In his New Year's address to the nation, Chinese President Xi Jinping said the country would spare no effort to bring the great Winter Olympics to the world. "The world is turning its eyes to China, and China is ready," he said. However, politicians from a few countries decided to spoil this sporting event. Last month, the Biden administration said it would not send a U.S. diplomatic or official mission to the Games due to China's "ongoing genocide and crimes against humanity in Xinjiang and other human rights violations." After that, a few "allies" joined the diplomatic boycott only to see that the U.S. reneged on its promise and sent visa applications for officials to attend the Games.

These few "allies" were in the absolute minority in their desire to spoil the feast. The leaders of many countries and international organizations spoke out against such an attitude. French President Emmanuel Macron said, "I don't think we should politicize these topics, especially if it is to take steps that are insignificant and symbolic." UN Secretary-General Antonio Guterres said he would attend the opening of the Beijing Winter Olympics, stressing that the event "should be an instrument of world peace."

"The Olympic Games is an extremely important event, and it's an event that symbolizes the role of sports in bringing people together and in promoting peace," he said on December 30. Britain's Lord Coe, the president of World Athletics and member of the International Olympic Committee (IOC), was clear as well: "Boycotts, on balance are historically illiterate and intellectually dishonest. A political boycott is, frankly, meaningless," he openly said. 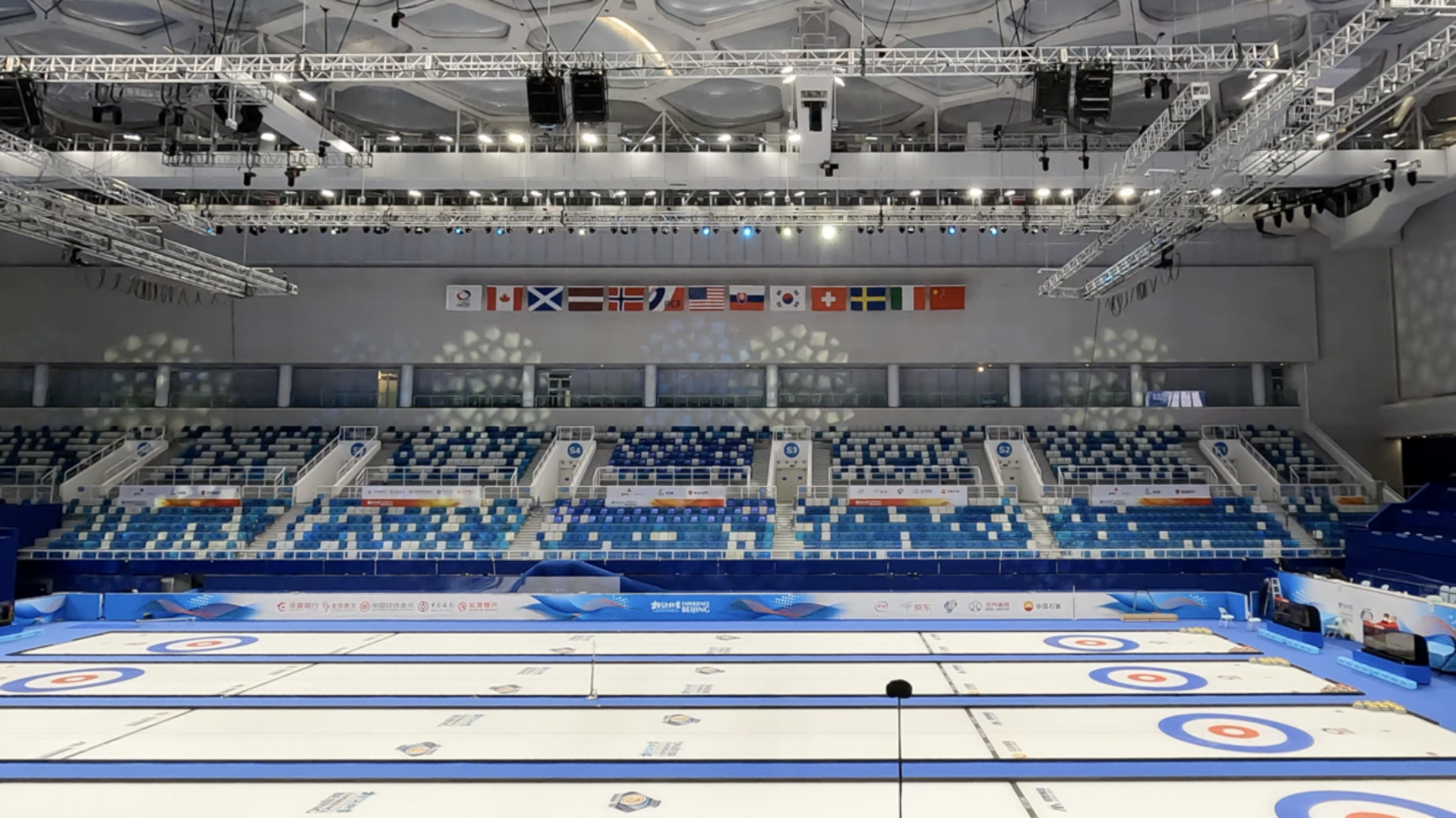 A view of the Ice Cube in Beijing, China. /CGTN

The idea of politicizing the Olympics received a sharp rebuff from Beijing. When the Biden administration announced its diplomatic boycott of the Games, a Chinese Foreign Ministry official said the Olympics were "not a stage for political posturing and manipulation," adding that the boycott was "a grave travesty of the spirit of the Olympic charter" and "a blatant political provocation." Foreign Minister Wang Yi, hinting at the controversy surrounding the Games, told the media, "The political manipulation of a few Western politicians will not damage the excitement of the Olympics, but will only expose their own ugliness."

Then there is the coronavirus. A highly contagious variant Omicron presents a new challenge for the authorities and the Games. The protocols will be similar to last summer's Tokyo Olympics but stricter. Organizers are creating what they call a "closed-loop system" in which thousands of athletes, coaches, team officials, Olympic staff, contractors, volunteers and journalists will stay for the duration of the Olympics. The system will include competition venues, hotels and other accommodation for athletes, the media and the transportation network. All Olympic participants should be vaccinated and will be tested every day. Due to the pandemic, foreign tourists will not be allowed to attend.

The 211,000-square-meter main media center will be the temporary home and office for 3,000 journalists from over 100 countries and 12,000 broadcasters from over 200 networks. In a video released on December 31, IOC Chairman Thomas Bach expressed his confidence that the Beijing Olympics would be a success. "The support of the international community for these Olympic Winter Games is very evident and is very much welcome," Bach said.

Just as it was in 2008, China will again demonstrate its growing power and potential to the world. Neither the onset of a new coronavirus variant nor the dirty games of certain politicians will prevent this. "Oh, sport! You are the world!" said the founder of the Olympic movement, Pierre de Coubertin. We will see this again very soon.

Djoomart Otorbaev is the former prime minister of the Kyrgyz Republic, a distinguished professor of the Belt and Road School of Beijing Normal University, and a member of Nizami Ganjavi International Center.