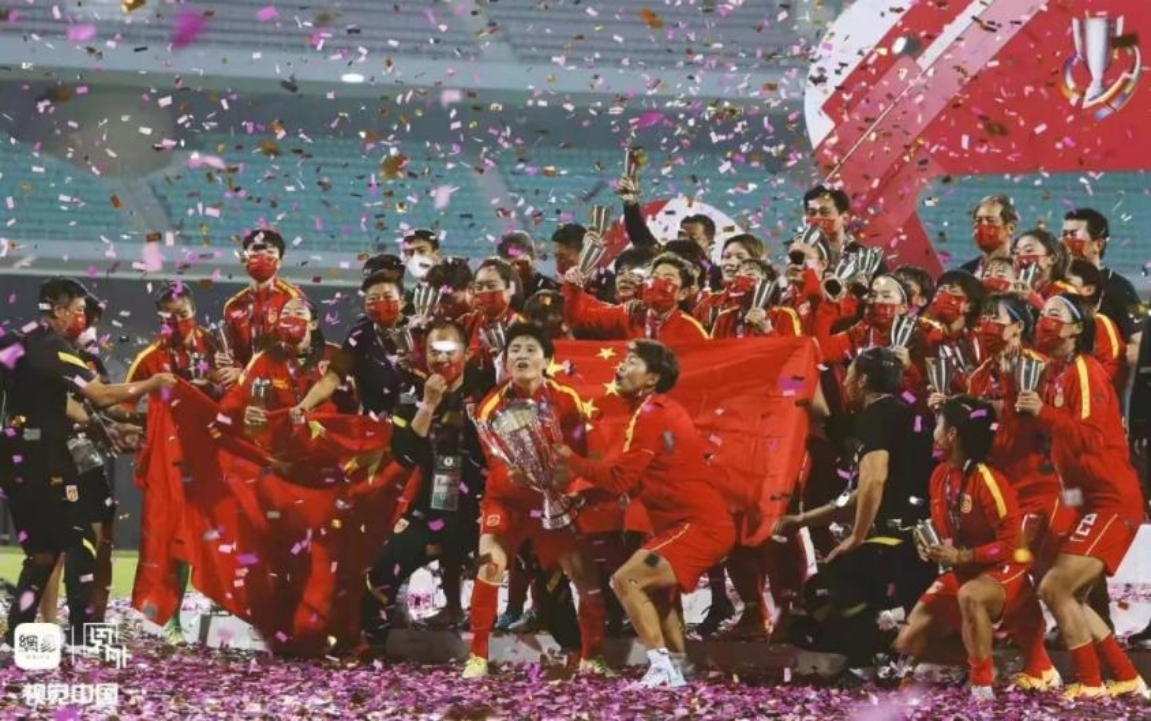 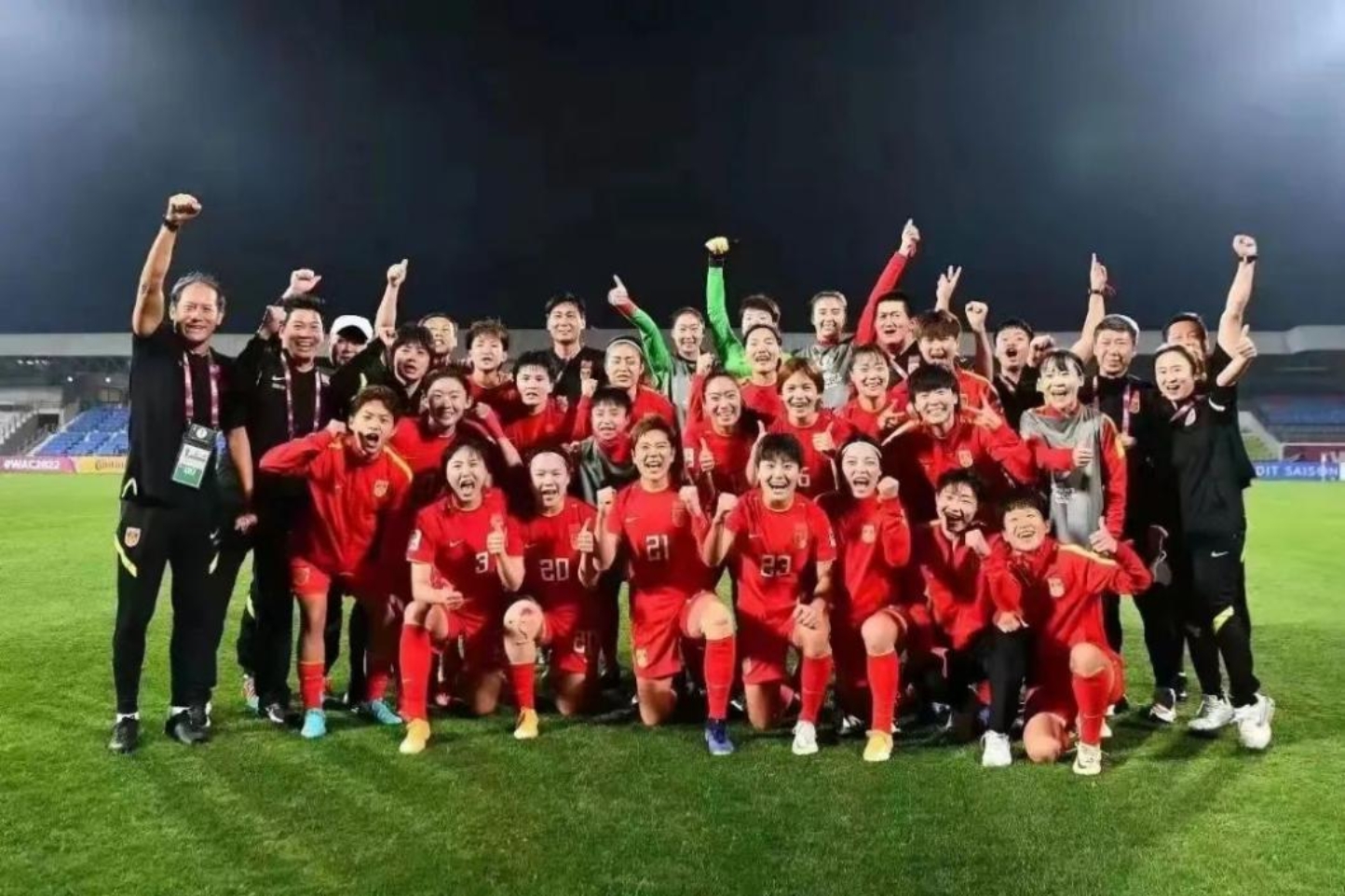 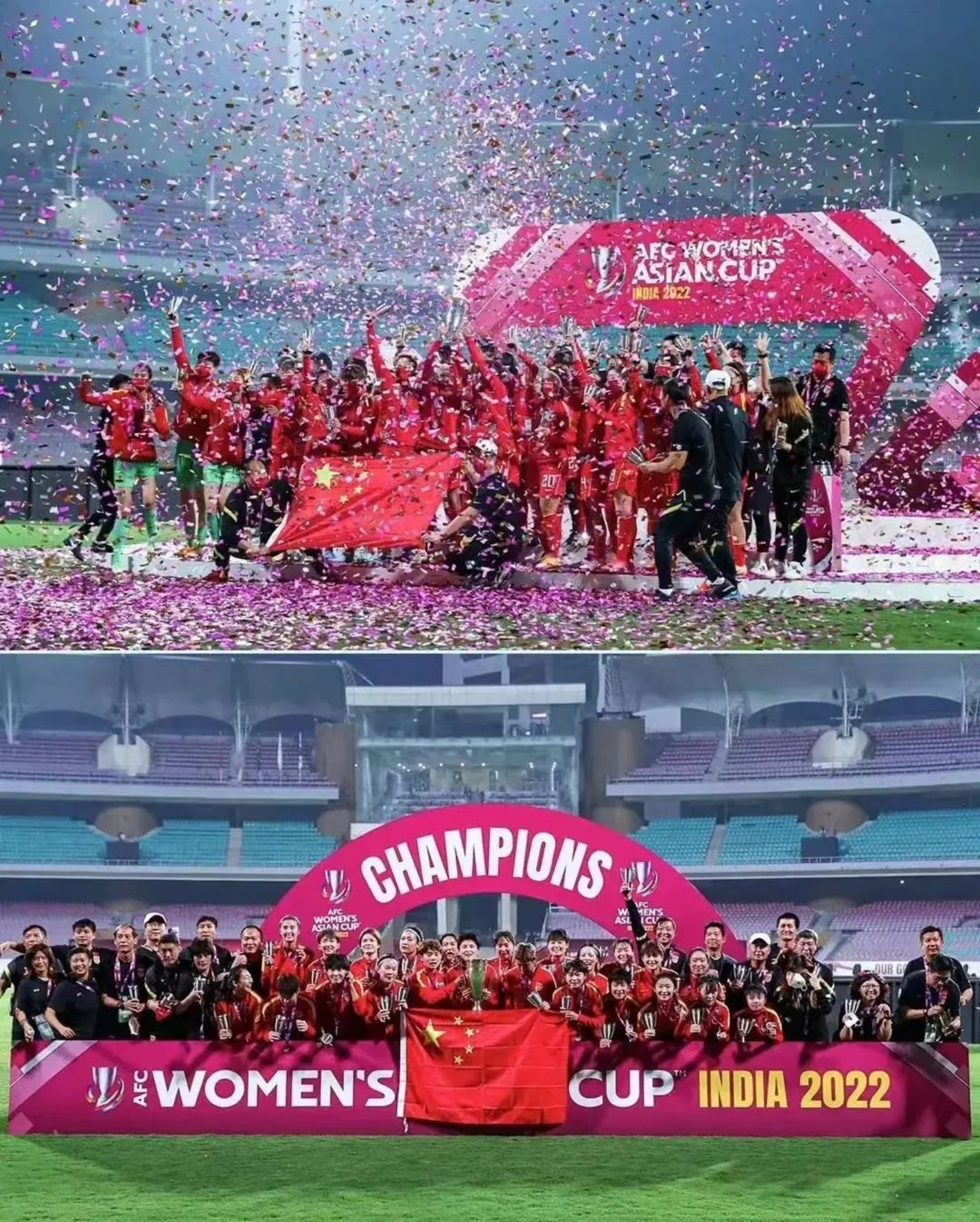 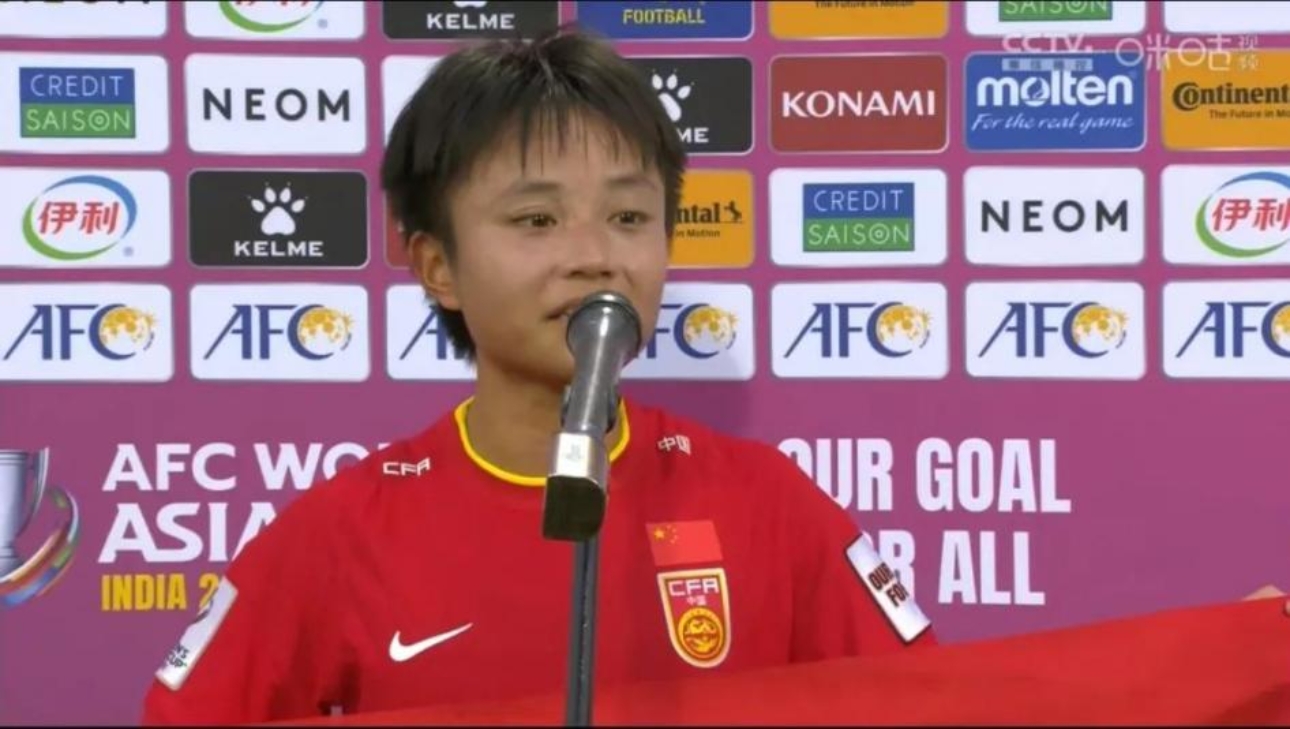 After the match, Zhang Linyan held the Five-Starred Red Flag and said with tears in her eyes: "in the first half, we were two goals behind. In the second half, we wanted to attack and we were sure to fight back. As we expected, we won! We experienced a lot last year. Now we are a brand new team. Our goal here is to win the championship. We were confident of winning."

Zhang Linyan, born in 2001, is the youngest member of the current national team and an undergraduate majoring in sports training of grade 2020 at BNU. 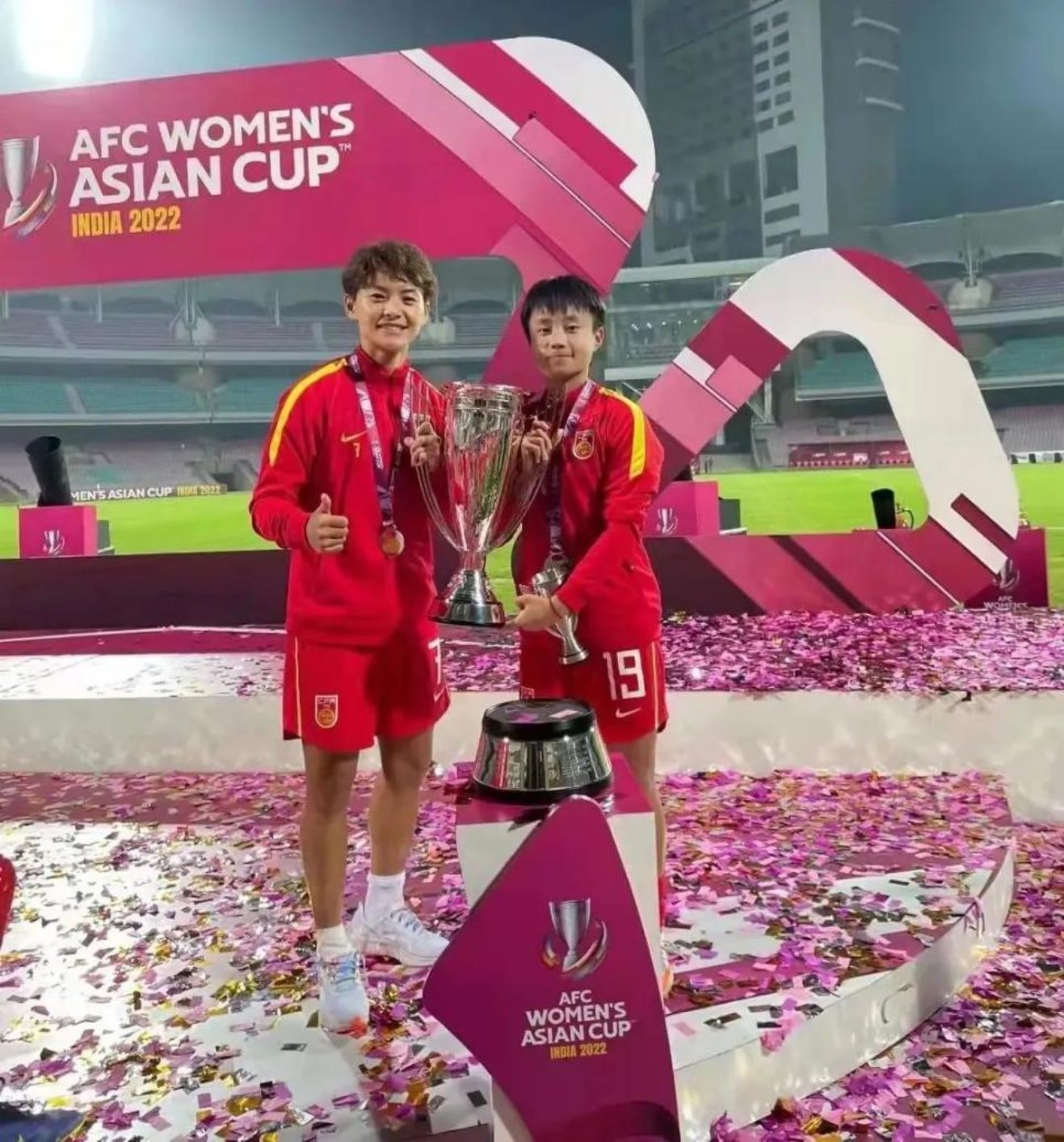 Wang Shuang is a graduate student of grade 2020 of the College of P.E and Sports, BNU. At present, she is the star of China National Women's football team and the AFC Women's Player of the Year. In this year’s Asian Cup, Wang Shuang scored five goals alone, especially in the quarter game. When the Chinese team fell behind in the score, Wang Shuang scored a goal to equalize the score, and then assisted two goals to help the Chinese team beat Vietnam women's football team 3-1 to reach the top four. Gao Chen is an undergraduate student majoring in sports training of grade 2012 at BNU. In this competition, Gao Chen not only assists in scoring goals, but also, as a strong defensive player, has an amazing performance in key games. She is an important force for China National Women's football team to win the Asian Cup.