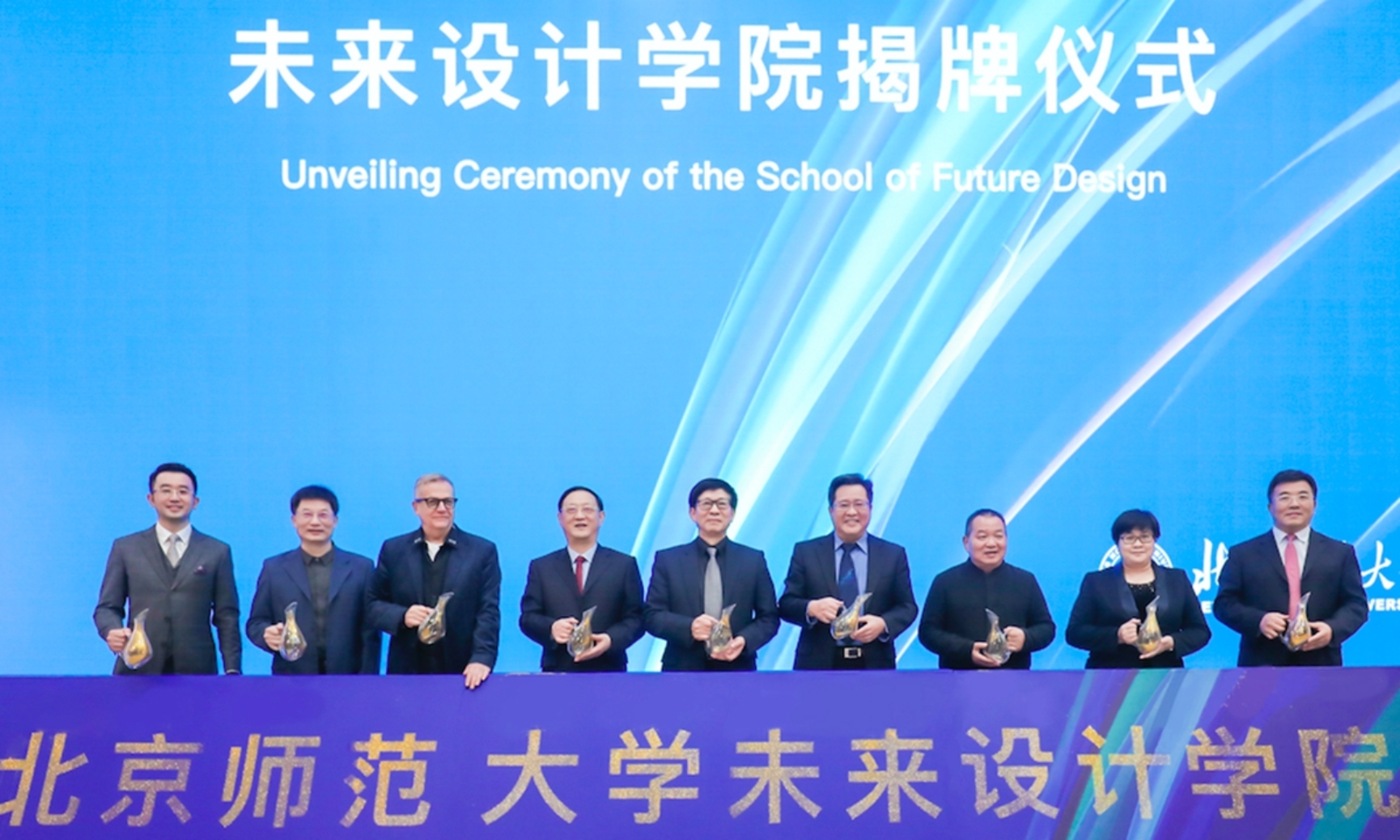 Established in the post-pandemic age with a focus on incubating interdisciplinary projects merging design, education and technology, the new institution seeks to become a cultural "reservoir" filled with original innovative resources while also collaborating with various local industrial and commercial organizations to show China's innovative development vision has landed.

The Future Design school explores how design can further the current social and cultural developments of China with new approaches such as experimenting with combining different academic disciplines together with design at the core.

"Design, production and lifestyle," "design and art" and "design and education" are the school's three main directions according to Dean Gao Peng, who said that he believes the future begins with educating the young generation on the importance of arts and design.

"We have launched seven research labs, carrying out projects such as compiling new textbooks for students based on historical references - the design textbooks of the late Qing Dynasty [1644-1911] to the Republic of China [1912-1949]," Gao told the Global Times.

As an education-oriented university, Gao revealed that the textbook project is only one task included in what he calls a "seeding program," which uses the research power of higher-education institutions to influence primary and secondary school students.

Such efforts are also in line with China's initiative to boost art education starting with primary school students.

Unlike traditional design-oriented colleges, the new institution sees design as a tool for students from cross-field backgrounds to express themselves in their own fields.

"Many of our students come from science and engineering backgrounds, so we need to help them to become professionals with a hand in both fields- someone of advanced creativity who can also design actual works," said Gao.

Such creative workers will also be provided with platforms through big brands like Lenovo and Li Ning to expand their future career potential.

Situated in the Guangdong-Hong Kong-Macao Greater Bay Area, the school has opportunities to collaborate with various manufacturing-oriented local industries to expand students' knowledge.

Soon after its founding in December, it has already connected with four enterprises including a porcelain factory in Foshan, Guangdong Province, to deliver creative solutions and help them with their independent innovation.

"These enterprises have realized that self-sustained innovation is more important than ever for their business, especially after their manufactured products for overseas clients were left stacked in storage because of the setbacks brought by COVID-19," explained Gao.

"We lend them a hand to accomplish this."

"Not only the industrial field, commercial fields also need such help from these creative workers, " Li Hasi, a cultural industry researcher, told the Global Times.

The academic communication and cultural resources exchanged with the nearby Hong Kong and Macao special administrative regions is another of the school's geographical strengths it has over other schools in cultural centers such as Beijing and Shanghai.

The Zhuhai School had become friends with nearby universities such as The Chinese University of Hong Kong and the Macau University of Science and Technology.

Through communication with such institutions that represented China as it were first opened to the world, the Future Design school learns how to find a middle ground between Eastern and Western cultural development.

Additionally, the school has also established international collaboration with the world's top-tier art colleges such as the Royal College of Art in London.

The two have worked together on programs featuring innovative design and service design, the latter of which trains students' strategic and management thinking to help government organizations and enterprises to better their public service systems and businesses.

"Design no longer just refers to for example, the production design, it makes a social contribution," said Gao.