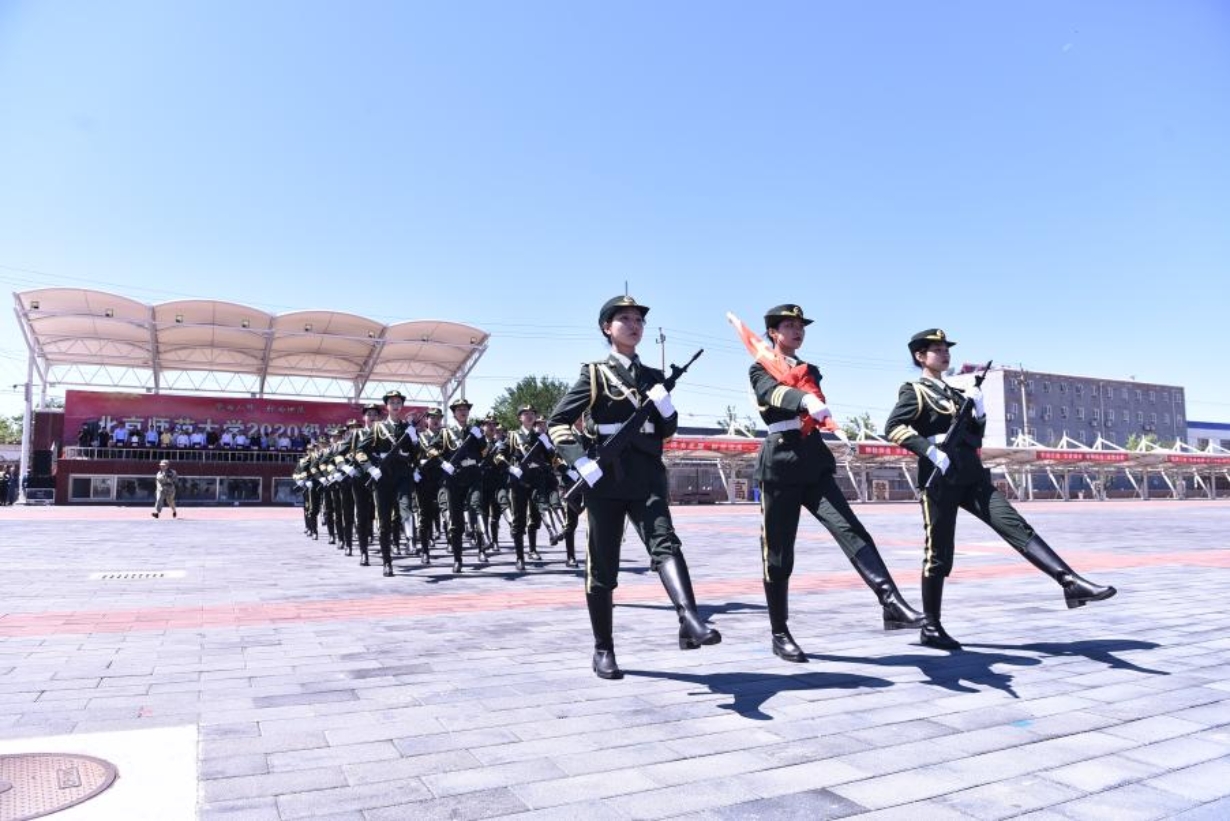 First started the march-past. The women national flag guards marched at the forefront. Each unit paraded past the podium in a high spirit and at a neat pace. 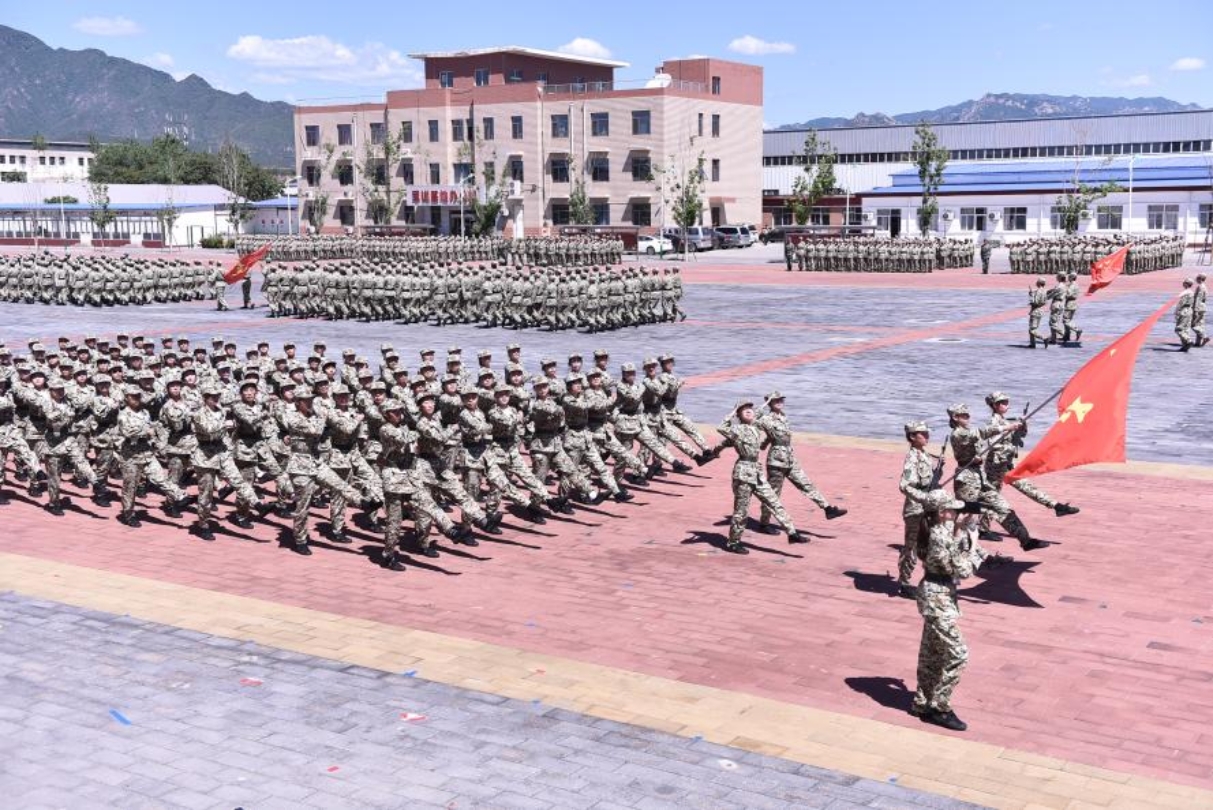 After the march-past, the military training regiment staged an original reporting performance. Students showed combat skills, military boxing, mock tactics display and other subjects. In the infantry tactics display, the students bravely marched forward in the fire and smoke. In the jigsaw group, the students puzzled out the name of Beijing Normal University, the Muduo (a kind of bell used in ancient China and symbolizes the sound of teaching) and other words and patterns. 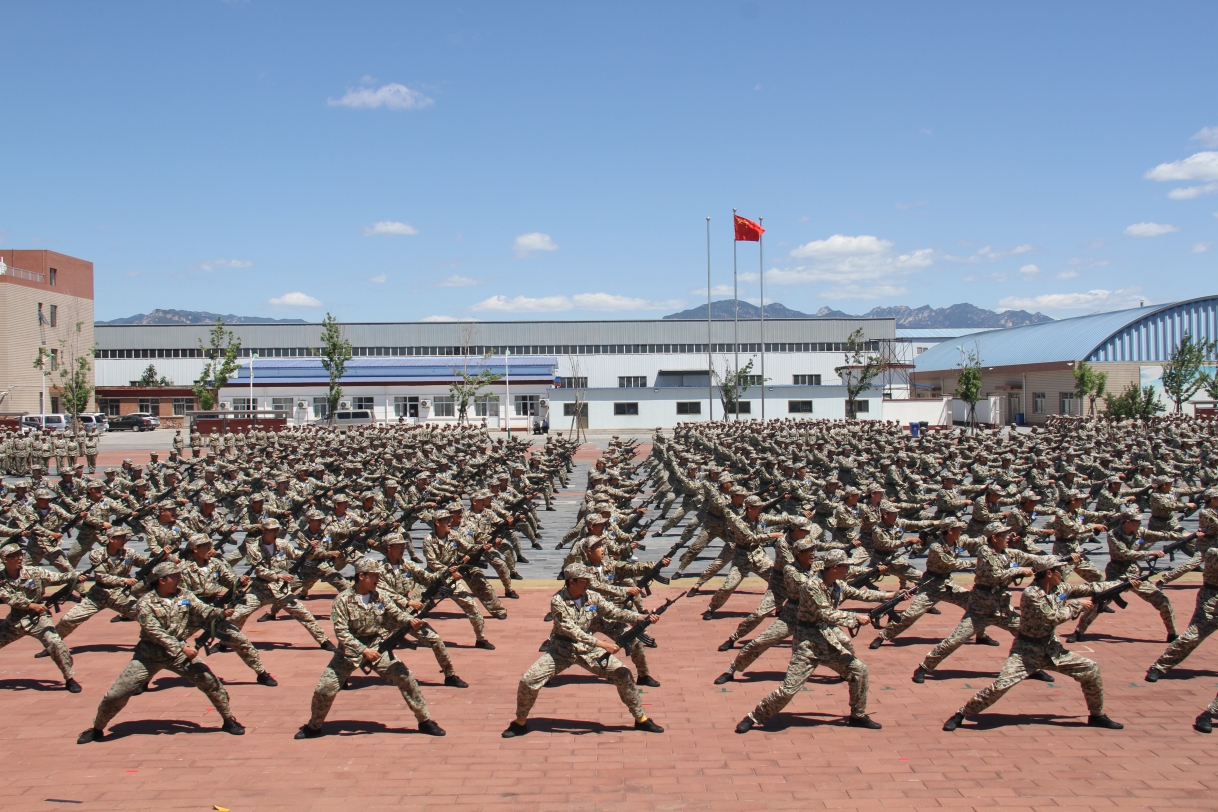 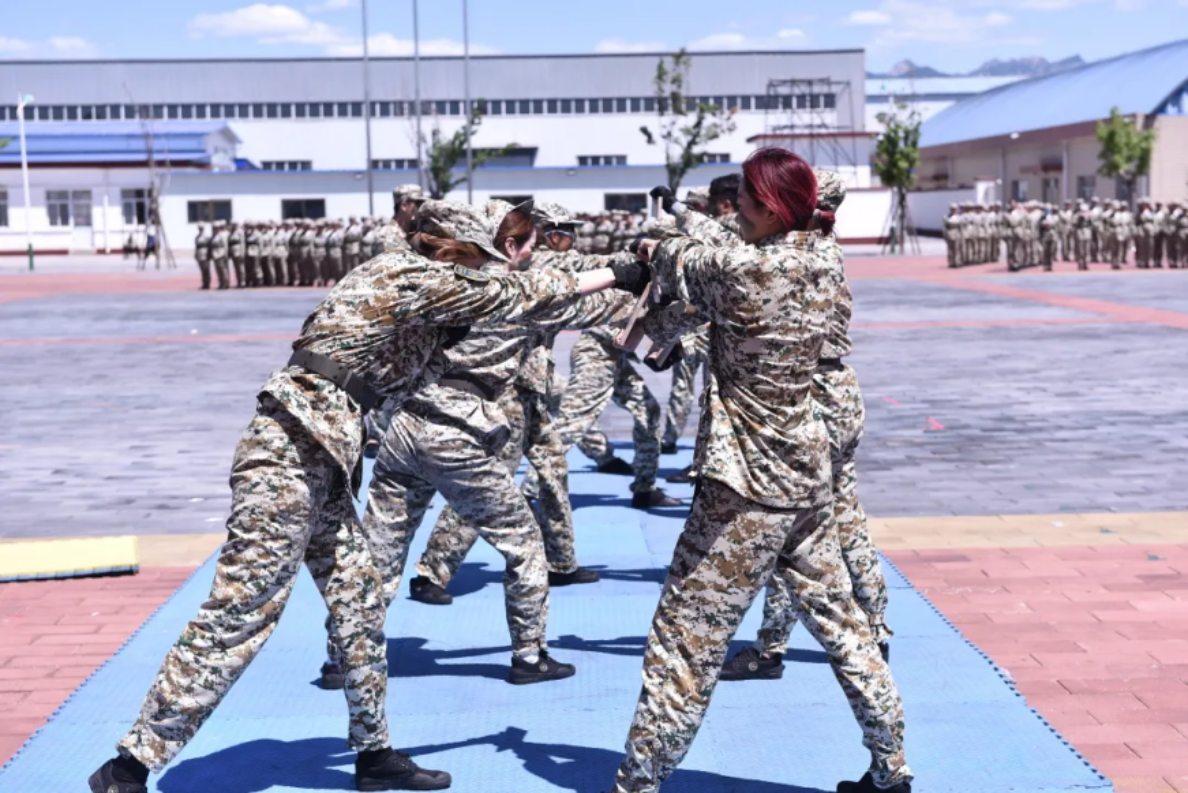 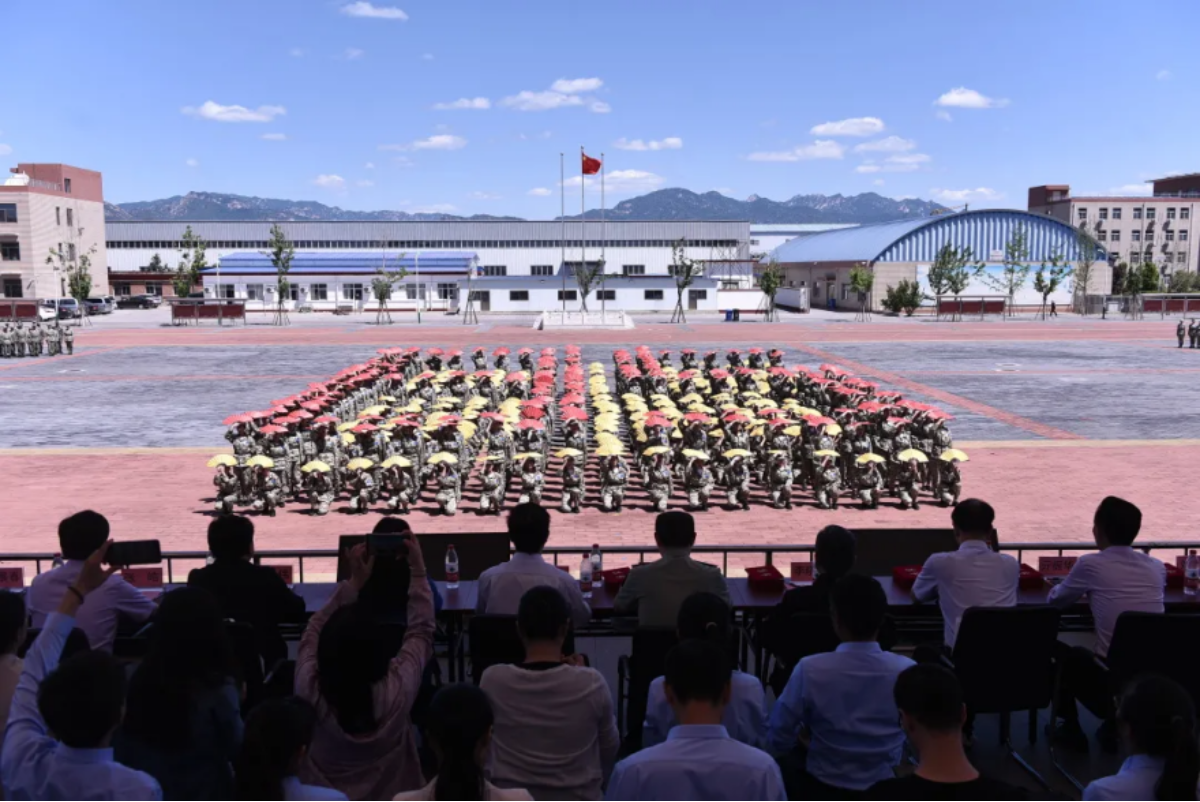 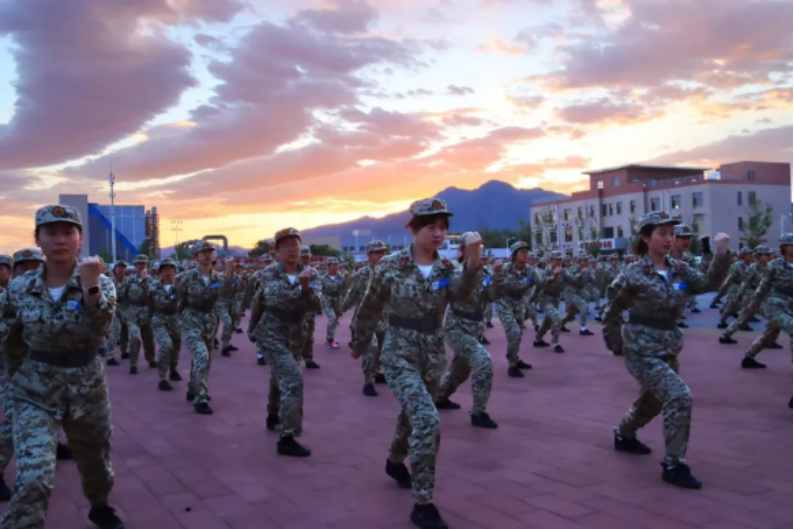 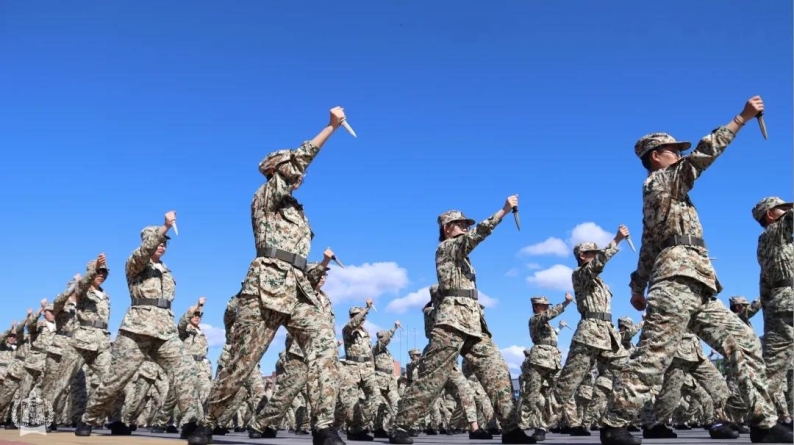 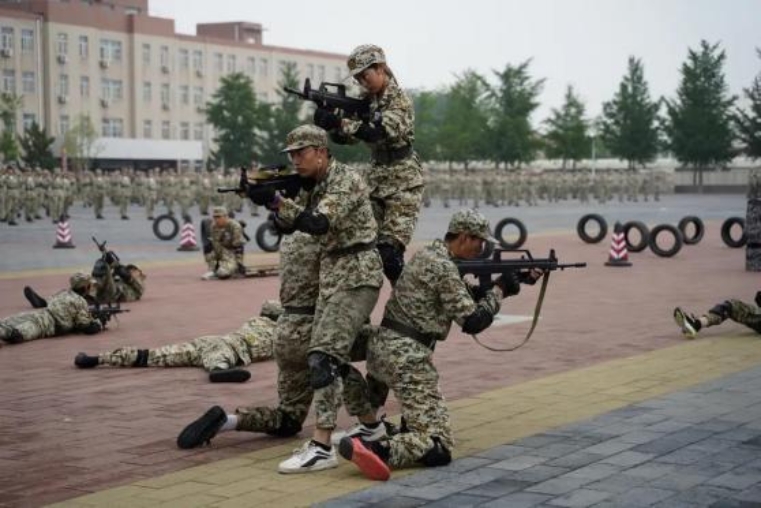 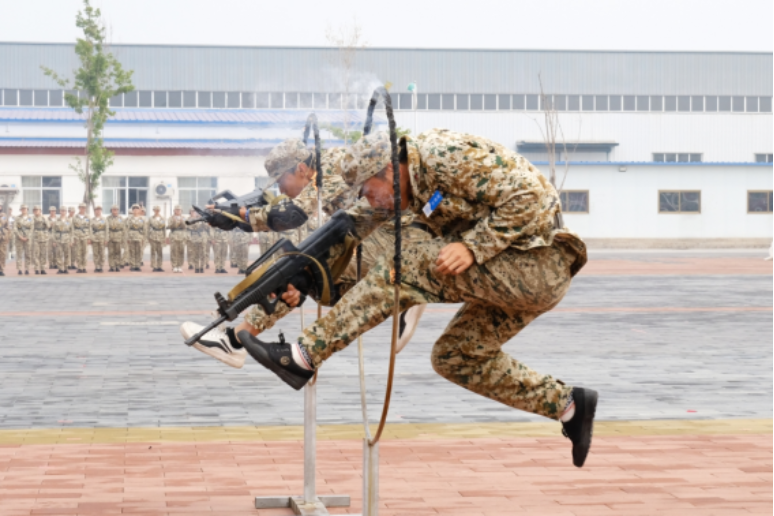 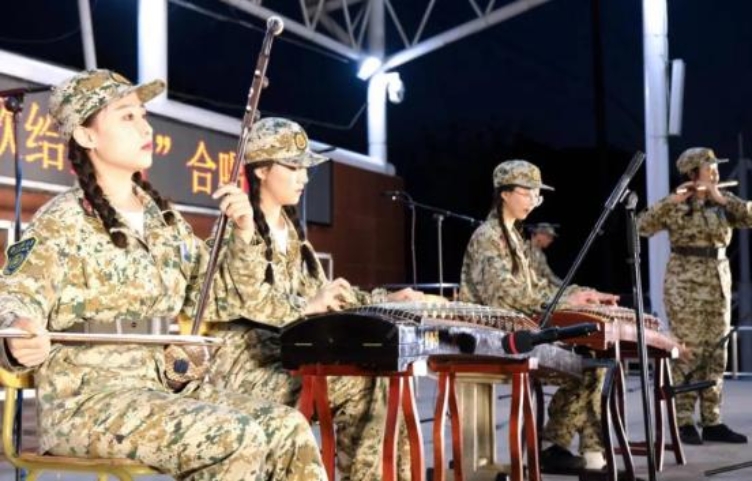 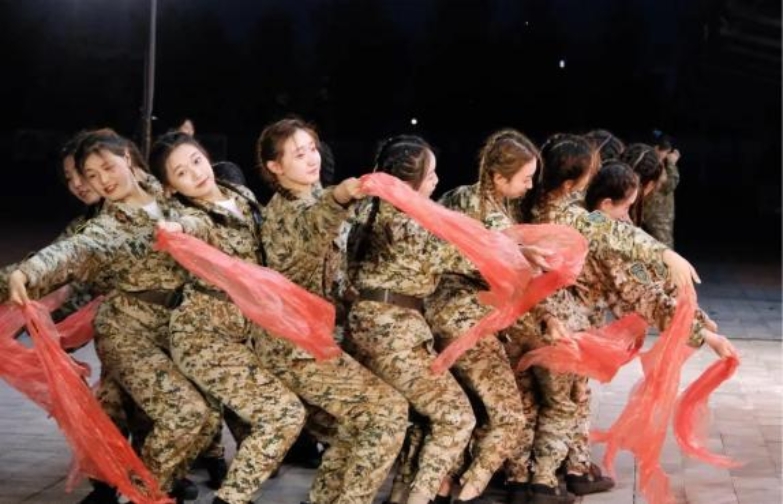 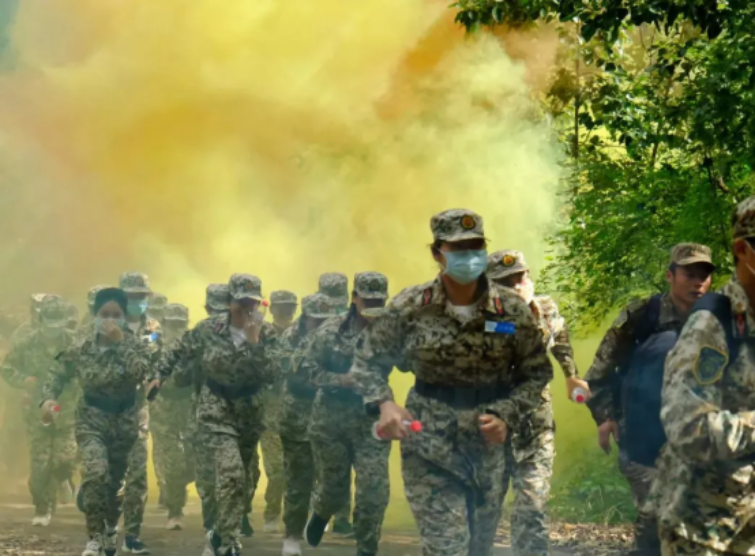 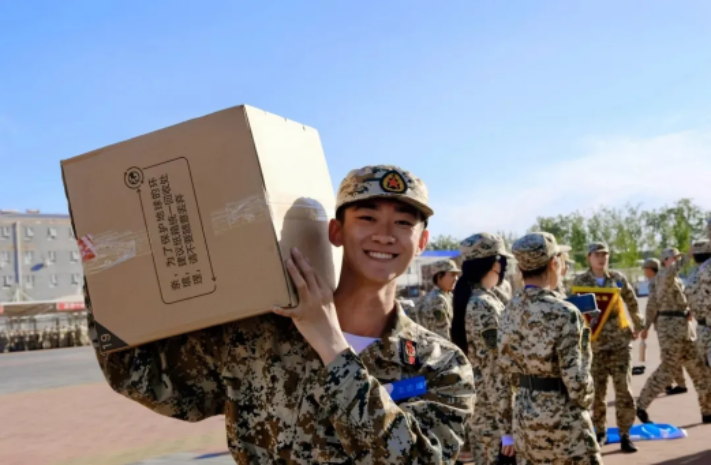 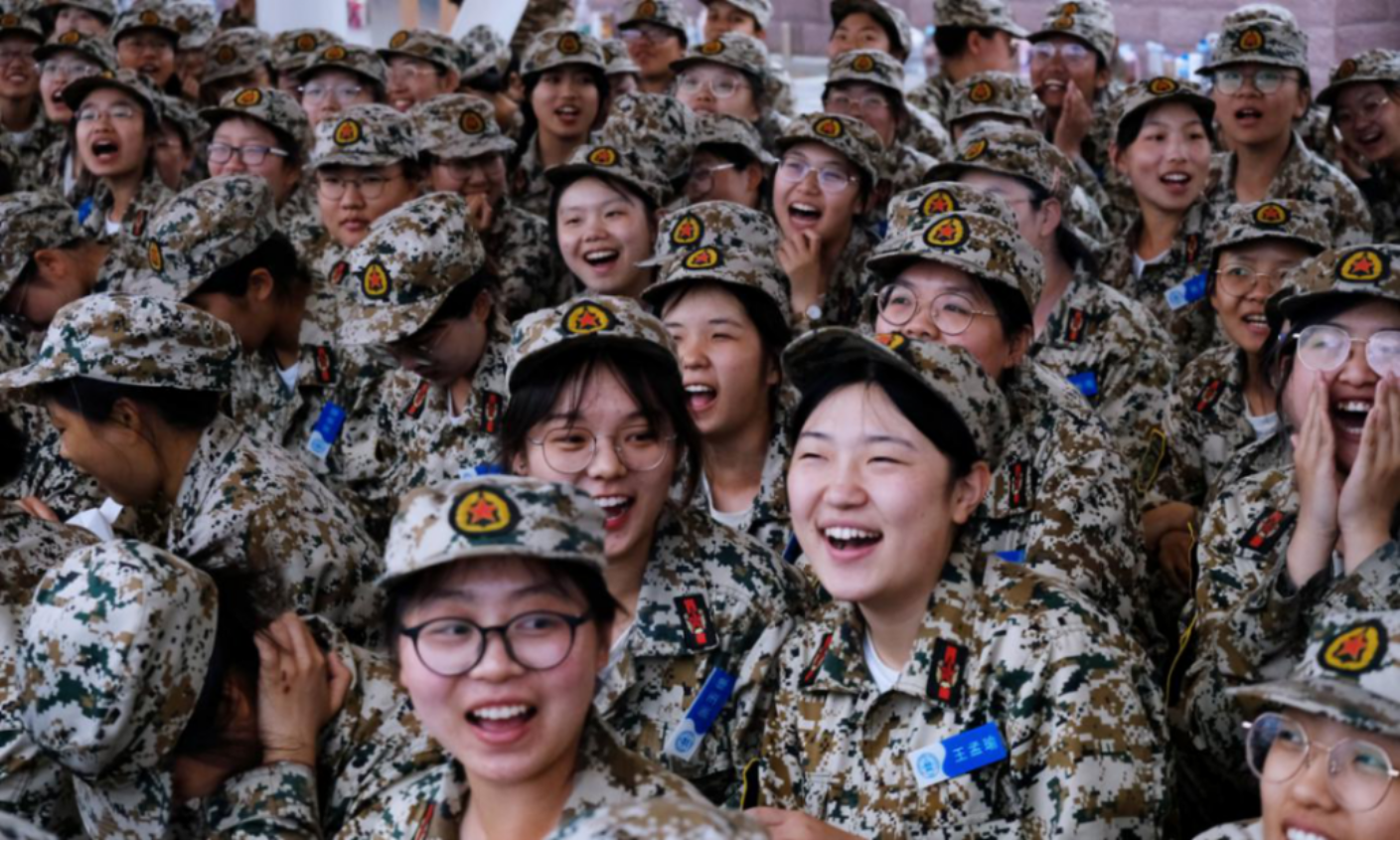