From May 10 to 13, a four-day offline exhibition of Golden Bell Award works was held at Shenzhen International Convention and Exhibition Center (Baoan New Museum). As a part of ISLE (International Smart Display and Integrated System Exhibition, International Signs & Smart Space Application Exhibition), School of Journalism and Communication of BNU as the exhibitor, with the theme of "selected award-winning works of China VR / AR Creation Competition", has brought a very immersive audio-visual feast to the audience. During the exhibition, more than 1000 visitors were received on the spot with wide praise. 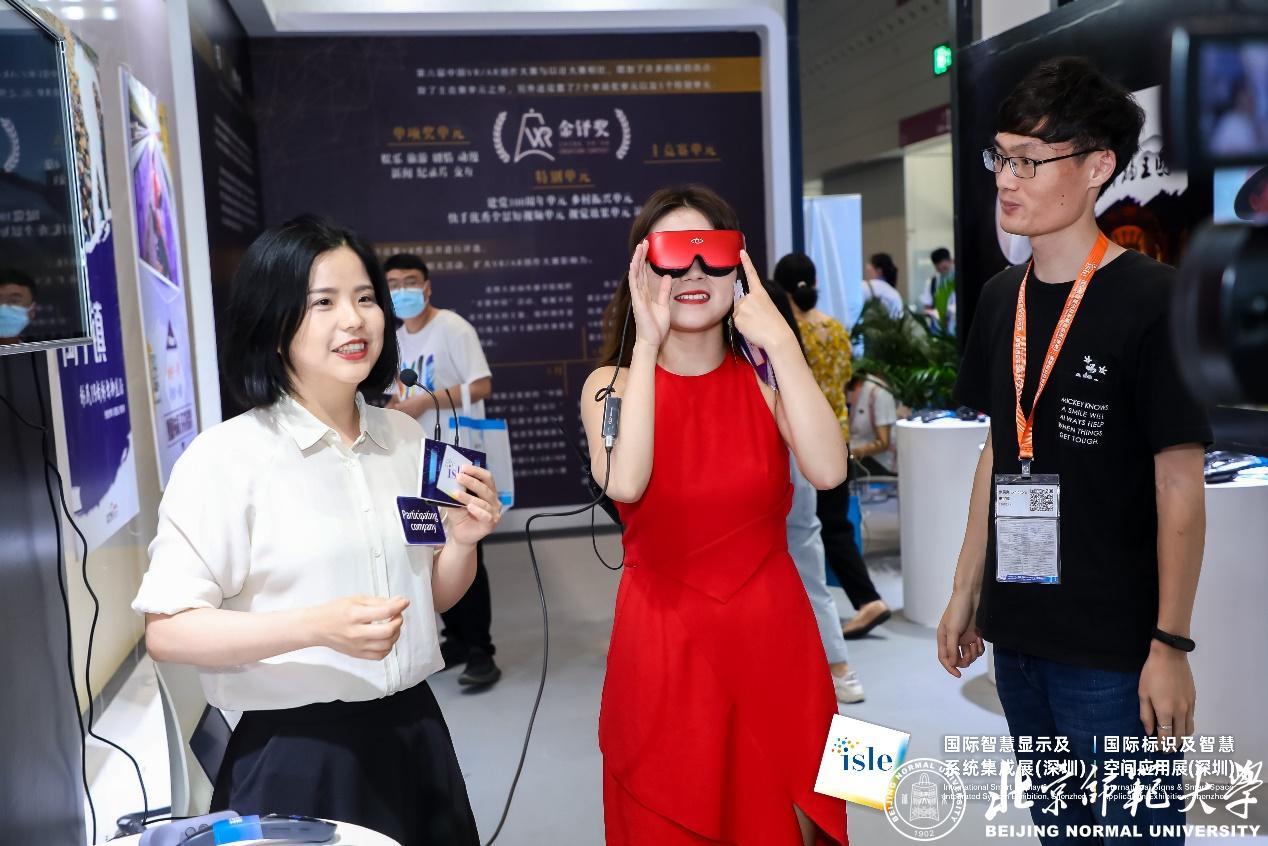 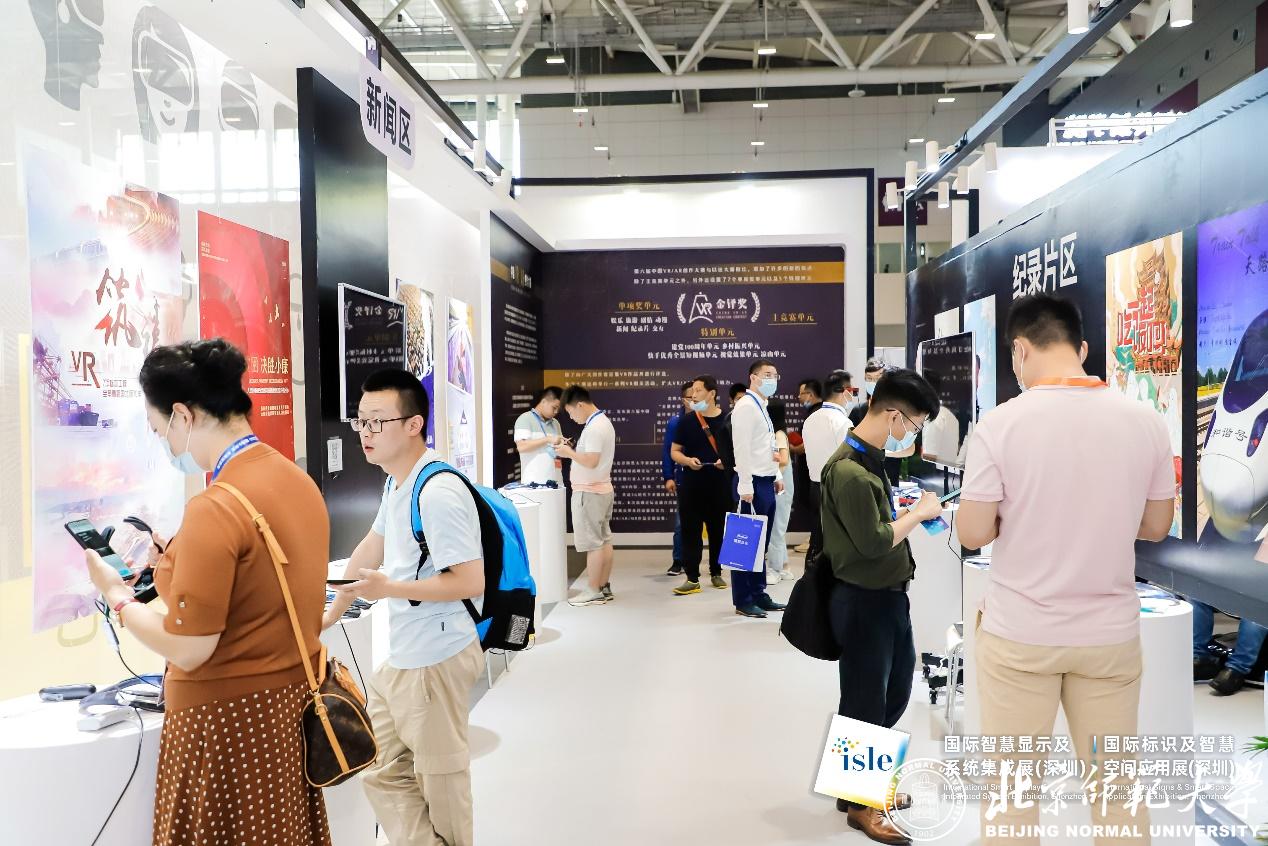 Covering an area of 270 square meters, the exhibition area has seven sections, including Golden Bell Award works area, news area, documentary area, etc. The  exhibition carries excellent content with the best VR equipment in the industry. The exhibition is equipped with 8K head-mounted display device and external high-definition large screen supporting 8K. It plays the movies in the device synchronously, so that the passing audience can also see the contents. High quality VR content and shocking audio-visual effects have attracted many content creation teams, technology production teams, equipment manufacturers and channel operators to come and watch. 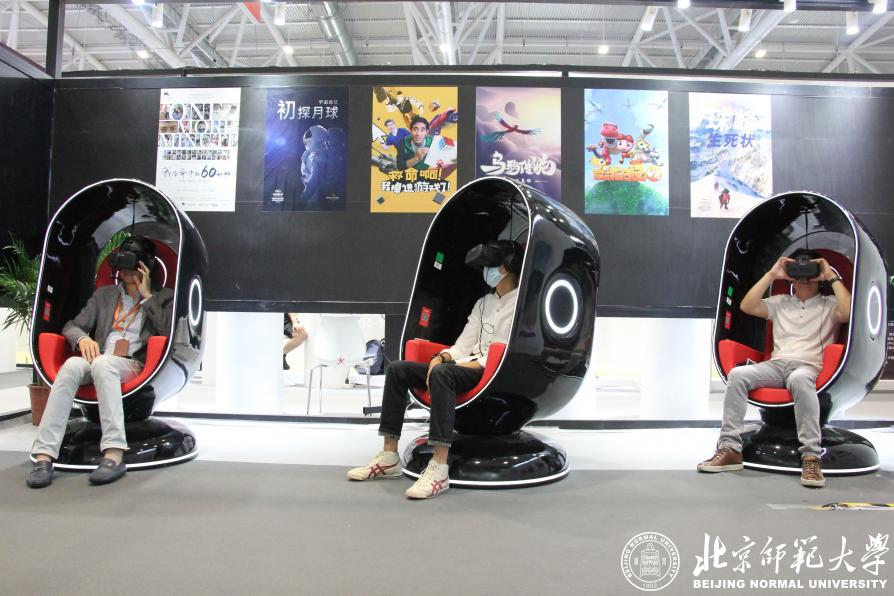 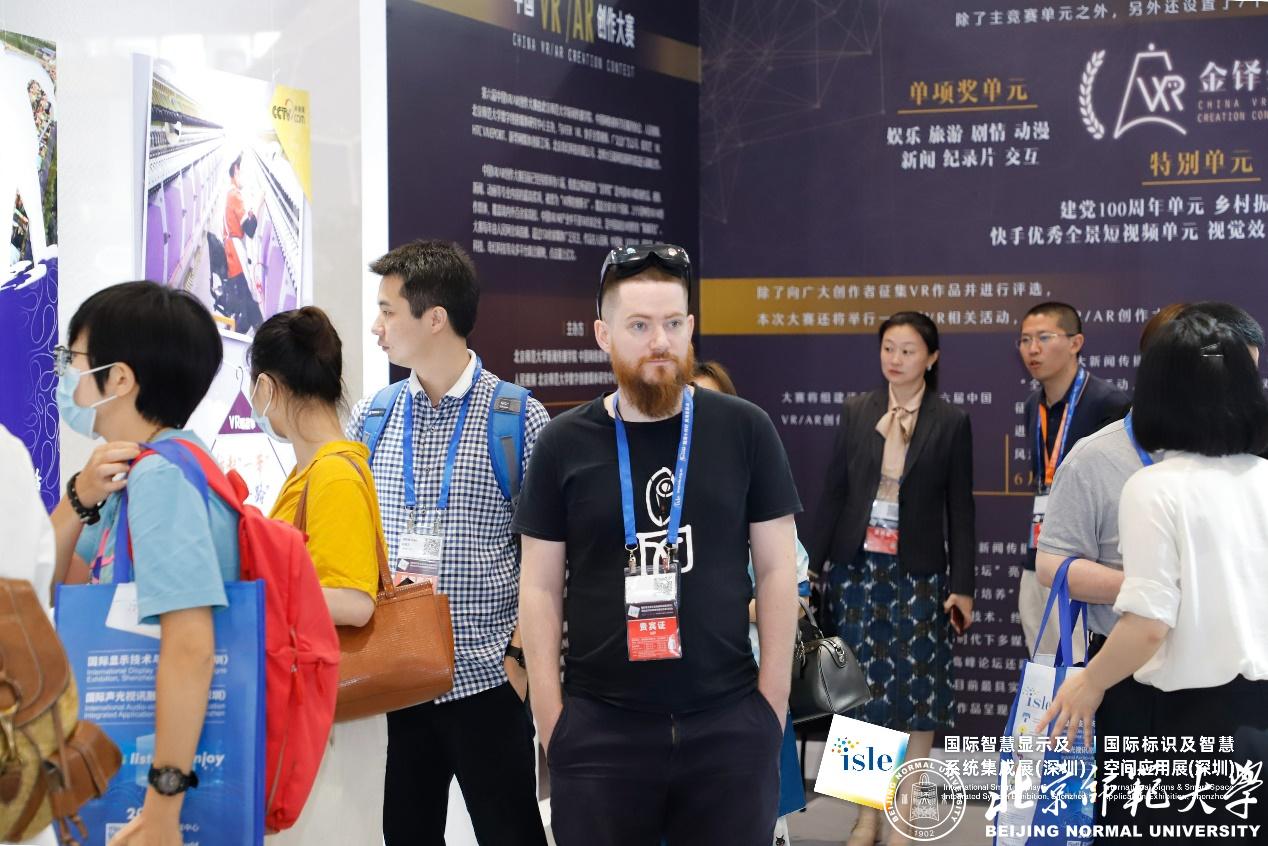 In addition, some excellent VR works were edited into ‘hemispherical videos’, which the audience can lay down on a couch and watched on hemispherical screens. Many viewers said that this is their first time to experience lying down to watch VR film, and the immersion is excellent. 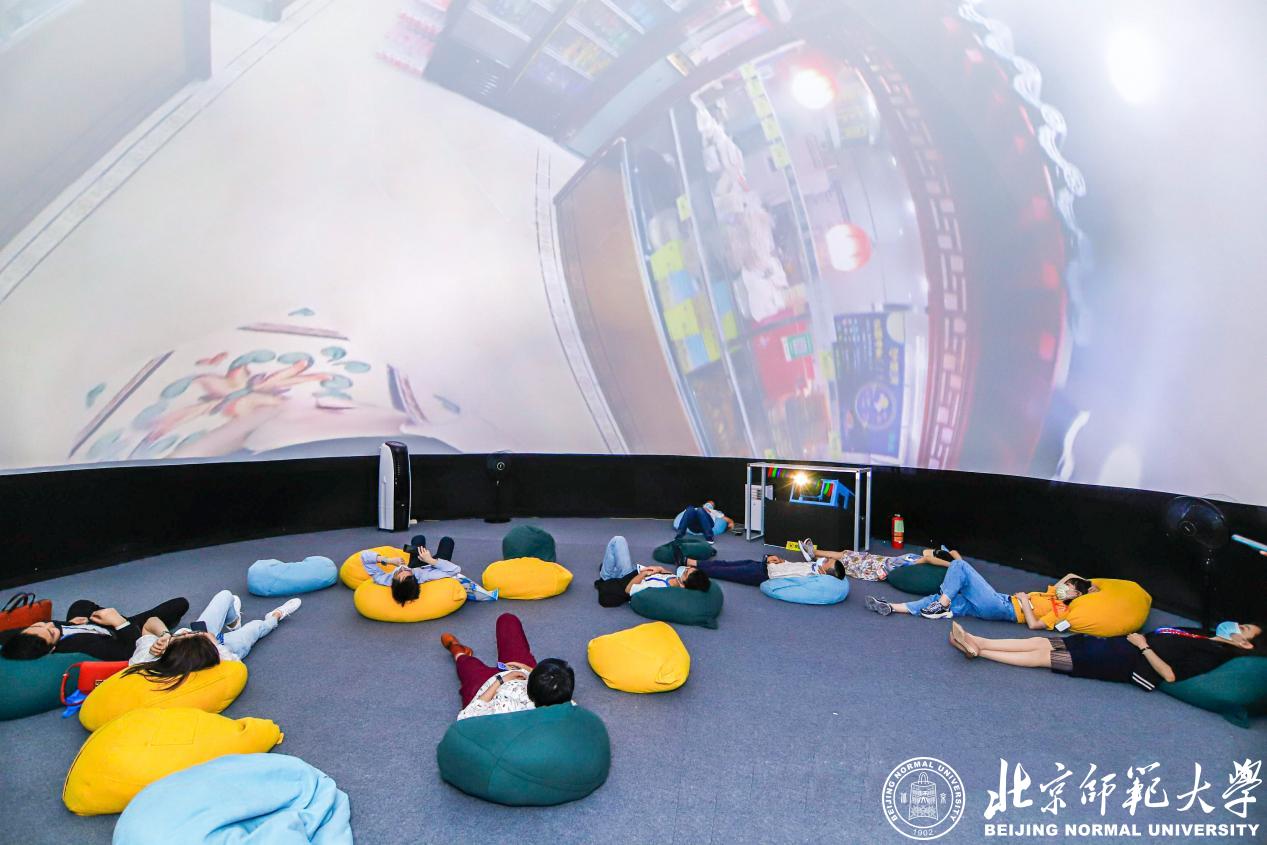 The VR exhibition received a total of 112 people from six batches of expert groups. The "Golden Bell Award", presented by the China VR / AR/ MR Creation Competition, sponsored by School of Journalism and Communication of BNU and People's Video, is the highest award for VR / AR / MR contents in China. 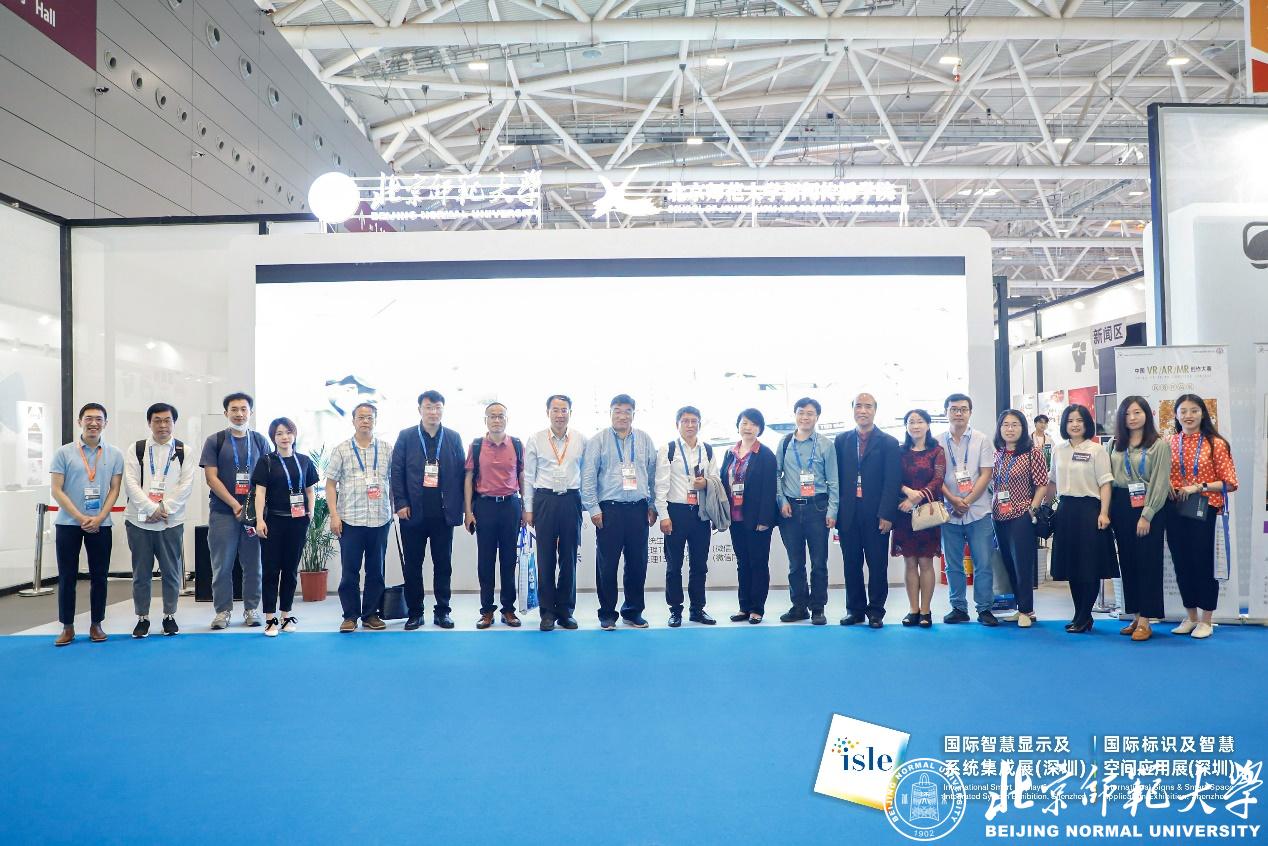