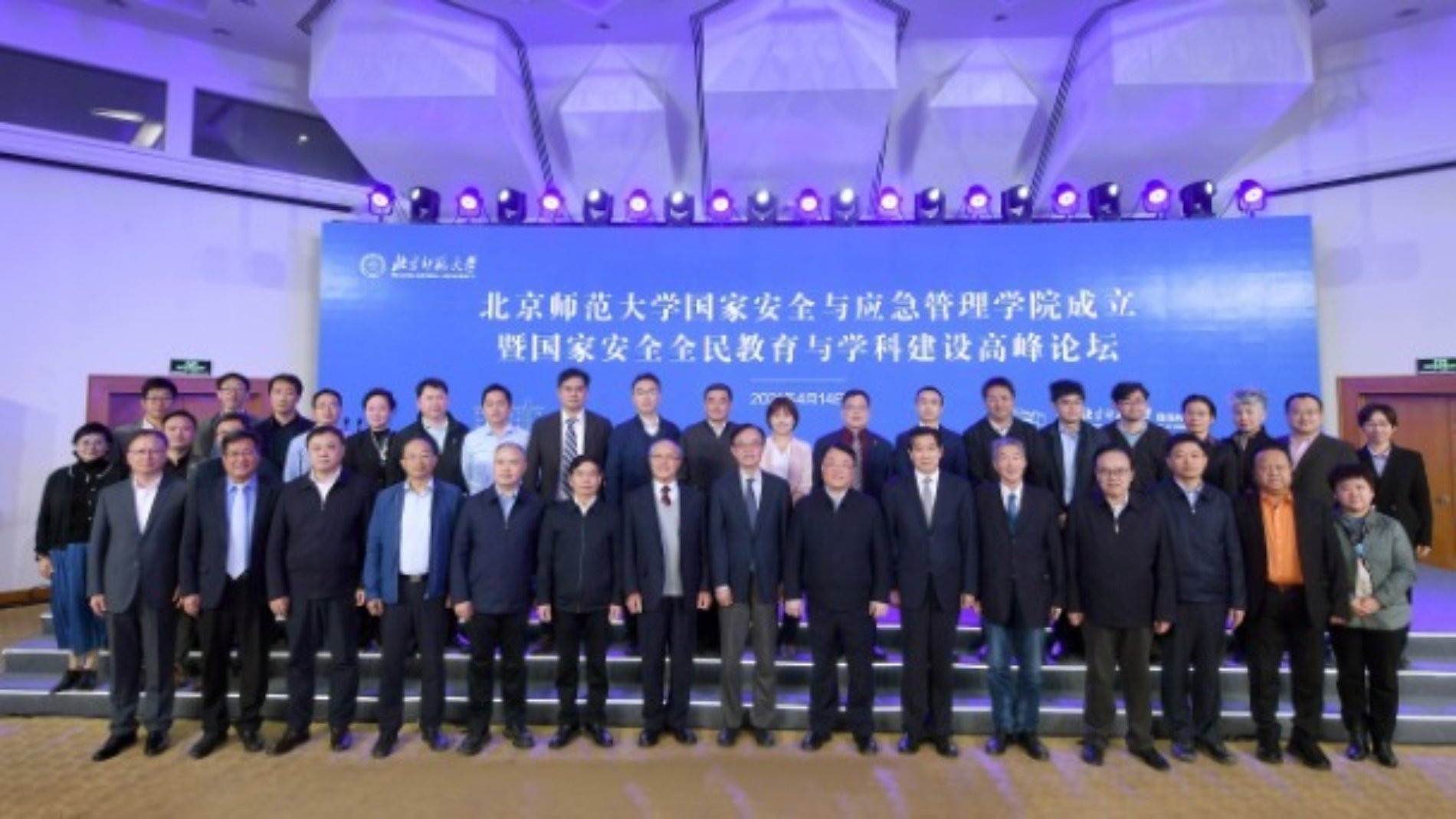 Experts and academicians pose for a group photo at the Forum for National Safety Education and Discipline Development in Beijing on April 14, 2021.

Beijing Normal University announced the establishment of a new school for national security on Wednesday.

The School of National Safety and Emergency Management aims to lead the cultivation of talent and form a team of experts who can support the prevention of national risks, said Cheng Jianping, Party chief of the university, at the Forum for National Safety Education and Discipline Development in Beijing.

It is one of the specific measures that BNU is taking in response to raising awareness on national security, Cheng added.

The school will also be a cradle for the training of high-level innovative talents and teachers who will teach national security to future generations at primary and secondary schools, said Dong Qi, president of the university.

The School of National Safety and Emergency Management will set up a major in national security and a doctoral program at the Zhuhai Campus of BNU to further enhance BNU's ability to serve primary national needs, form a new type of interdisciplinary education, and prevent and resolve significant risks in the country, said Cheng.

"The establishment of the new school will support key national high-end think tanks by responding to essential changes in the international situation, preparing for major natural disasters, and preventing and controlling major public health emergencies", he added.

Two guidelines related to national safety education for universities, middle schools and primary schools were released at the forum.

Those attending the forum include Zheng Guoguang, secretary-general of China National Commission for Disaster Reduction; Shan Chunchang, head of the specialist team for emergency management with the State Council; and leading academicians and experts in the area of disaster reduction.