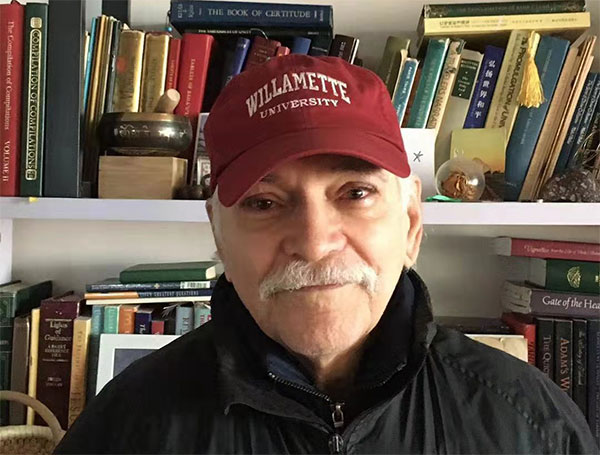 The Chinese people are some of the most friendly, helpful, peace-loving, conflict-averse, hard-working, community-oriented people I've ever met on this Earth (and I have had wide experience!).

How did it happen that millions upon millions of people of this most populous nation – which is also quite diverse in terms of class, ethnicity and background – acquire such a set of common characteristics that are, in my view, so close to the essence of what human beings should be? I have some ideas about this, but let me begin with a bit of my own story.

In 1968, as a 20-year-old from rural America, I was devastated by the assassination of Martin Luther King. My vision of America as the defender of justice for the whole world was shattered and I discovered that I had to construct a whole new self-image as an American.

As luck would have it, like many other counter-culture youth during the Vietnam era, Chinese culture helped me to find my place on this Earth and within this universe. I began daily use of the ancient Chinese classic, Yijing (I Ching), and from it I learned that I needed to walk a path of truth and virtue – daily, and with consciousness.

Like thousands of others in America who discovered deep value in this text I approached it as a Book of Wisdom, unburdened by the customs, ceremonies and superstitions that had come to surround the books in China during these past few centuries.

When I first visited China in 2011, I didn't expect to find anything remaining in the culture from the teachings of Yijing. Like everyone else I had been thoroughly indoctrinated by American politicians and media toward "Red China" as a god-forsaken country where everyone acted in lockstep obedience to domineering authority. But instead, what I found was "humanness" of a very high form. I saw that the "Yi culture" lived within the hearts and cultural worldview of the people. I was very pleasantly shocked and happy to see this. But I also found that few Chinese had any conscious understanding of the "how" and "why" of Yijing being the basis for this worldview of comprehensive harmony – and almost no one who could express these views in English.

For nearly 2,500 years every literate man in China has used and studied Yijing, coming to know this work intimately and consciously, Through them "Yi culture" became steadfastly embedded as the heart and soul of China's worldview – from the personal psychological to the family, and from the social-institutional to the cosmological.

Our present-day global community is in dire need of China's cosmology of comprehensive harmony. The Earth has already shrunken to a single village through communication, transportation and our global economy. In the wake of all this "progress" humankind is about to commit suicide because there is no worldwide, all-embracing, coordinating vision. Too many leaders in positions of political or economic power still have the view that the Earth's extractable resources are essentially inexhaustible, or that evolution of life is primarily about "competition" – i.e., that for me to "win" you must "lose".

The pandemic, together with the recent blatant racism and open white supremacy, has shown the world that America's system of values and governance is bankrupt. "With liberty and justice for all" rings hollow in every ear now. Yet many Americans – particularly politicians – still feel that China's rise to global prominence and her strong economy pose a grave "threat" to American sovereignty.

Comprehensive harmony is the way of nature

If the "sovereign" nation-states will not come together and cooperate soon, the world's peoples will face global disaster from "climate cancer," extremist terrorism, artificial intelligence gone insane, unbridled capitalism, global economic collapse, further pandemics, or such events as these. Every one of these has the potential to bring down nearly every vestige of civilization on this planet.

China's leadership is sorely needed. China's "Yi-thinking", based in an understanding of the organic nature of planet Earth and extended out through benevolent love, friendship, family, science, cooperation, mutual aid and reciprocity – the very evolutionary principles at the core of the development of our Earth – must become consciously known by all Chinese, and then extend from China to the whole world. Survival depends on this vision. (The Confucius Institutes could help with this.)

May the love and harmony of the Chinese people spread around the world. May the intelligence and hard work of human endeavor bring us out of this crisis. May the Chinese vision of comprehensive harmony hold the Earth's people in warm embrace as we unite in our vision of the future. As Confucius says: "Under heaven, all are one family."