BNU Distinguished Professor: Lifestyles after the pandemic will be different 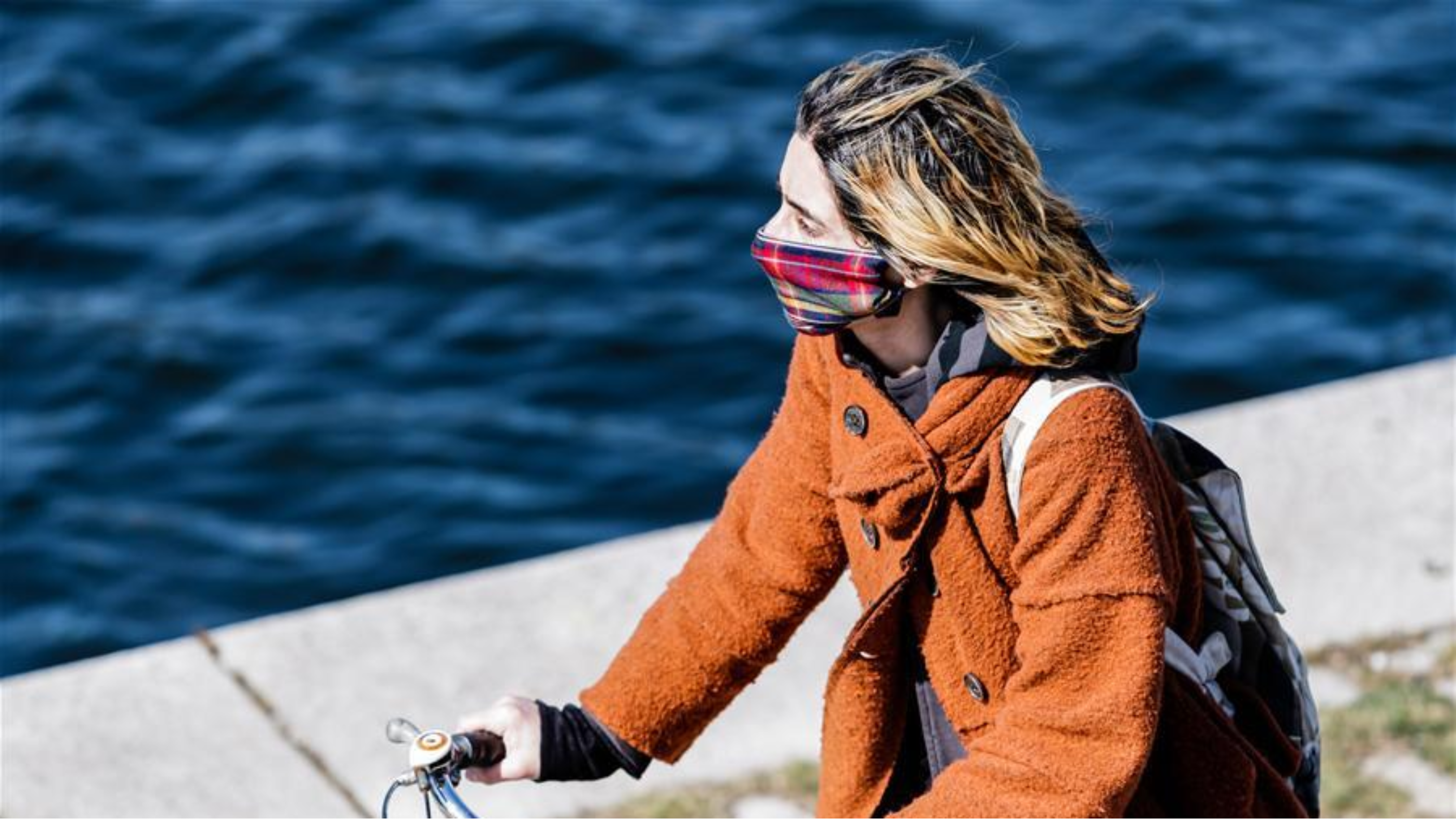 Editor's note: Djoomart Otorbaev is the former Prime Minister of the Kyrgyz Republic, a distinguished professor of the Belt and Road School of Beijing Normal University, and a member of Nizami Ganjavi International Center. The article reflects the author's views, and not necessarily those of CGTN.

Probably the majority of the world's 7.8 billion people were or are still thought to be under some kind of COVID-19 lockdown in an attempt to control the spread of the disease.

Movements of people are severely restricted, many factories, shops, and streets are empty, the hospitality industry is suspended, hotels, restaurants, and airplanes are in catastrophic crisis, borders are closed. We are sitting at home and communicating with the world through our smartphones.

As a result, when this crisis ends, the world around us will turn out to be very different. Who knows, perhaps humanity will get rid of a few fundamental and long-lived fetishes of the past, such as the workweek or workday?

The changes which are introduced "just temporarily" to save the lives would change the principles with which we will live in the future, perhaps permanently. Many of those perceived as simply anti-crisis decisions or temporarily established institutions will remain as new habits and new institutions of the future.

Many psychologists agree that habits are not easy to change since the established practices continue to be effective in achieving the goals in both private lives and businesses.

It is generally accepted that serious habits are hard to change because most people try to change them with the use of willpower, which is a poor strategy for changing habits. Doing is not a problem; it is the starting of something new that complicates the attempt.

But the global pandemic as the seismic shock has brought fundamental changes to our style of life. Now in daily lives, we forced to do things and behave in different ways.

Being in lockdowns for many weeks people are working, resting, socializing, and communicating with the family, friends, and colleagues differently.

So it is a good chance that during the crisis new habits will have all chances to gain a foothold. As it is generally accepted by most psychologists a bit more than two months on average is enough to develop a new habit. But the duration of our self-isolation is supposed to be longer than this period.

Pandemics are forcing historic changes in the worlds of business and education to perceive many of the tools that they have been normally avoiding, believing the old ways still work best.

Surely, the quarantines and "social distancing" policies are against the human nature. Thus the humans, who are by nature the social animals, quickly went online to communicate and to socialize. 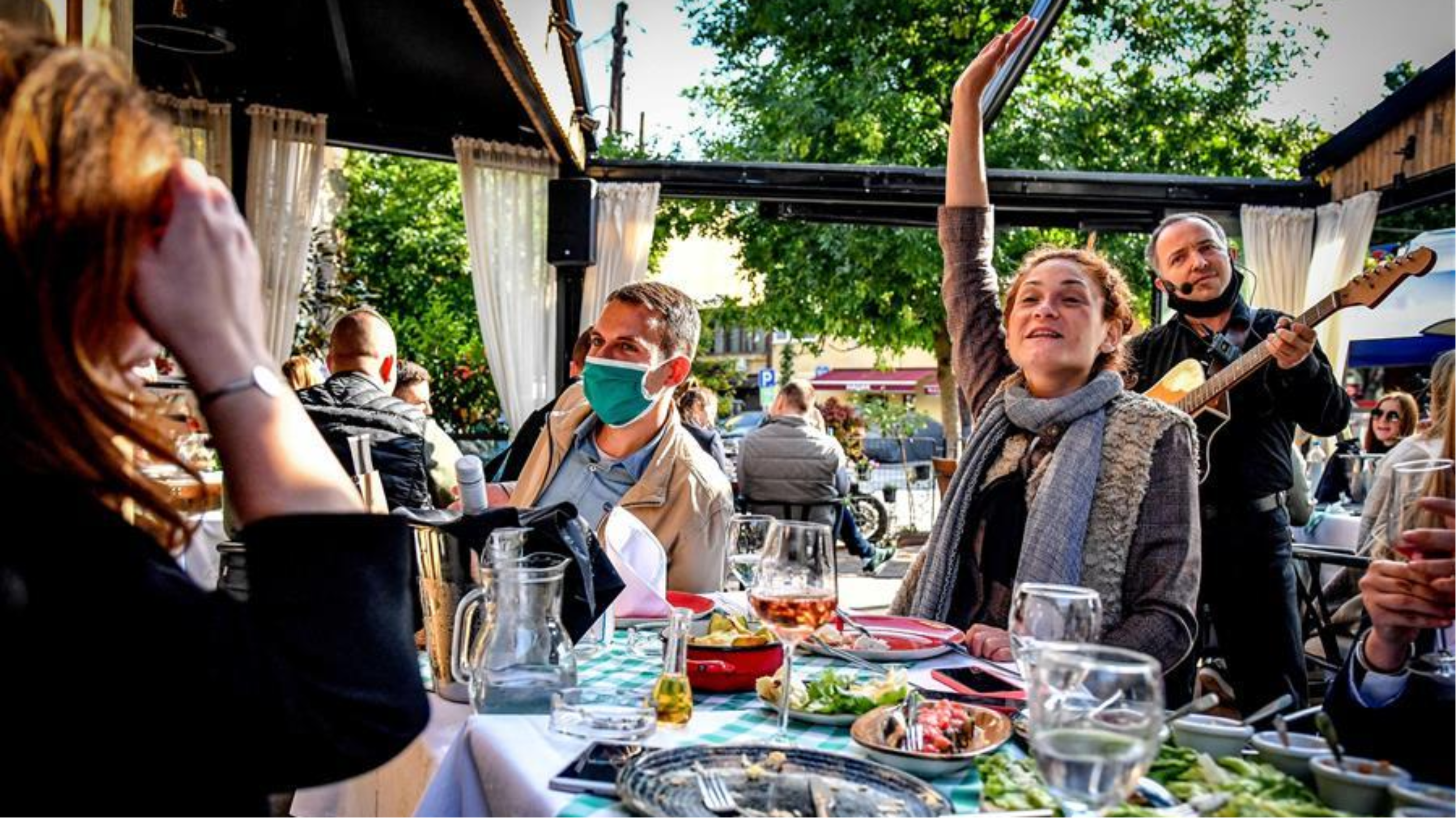 Customers have lunch at a restaurant in Skopje, North Macedonia, May 28, 2020. /Xinhua

According to Statista, in China, daily time spent online grew 30 percent to five hours per day on average from a year earlier. According to the report from App Annie, a mobile performance standard, while typical daily time spent in apps on Android devices grew around six-to- seven percent per year in the last four years, only in the first quarter of 2020 it increased by 20 percent.

In Italy, it grew 30 percent in March from the last quarter of 2019. The pandemic pushes us ahead of time to live in virtual reality. In particular, the elderly and people who are far from the Internet began to actively replenish the ranks of Internet users.

With the ban of lectures and exams with conventional physical participation, the schools and universities did not stop but continue to work, this time remotely.

People wherever they are in, are taking virtual courses at most schools and universities. Already now in advanced universities, the curriculum contains hundreds of online courses.

Digital platforms are being developed in schools that offer many options for lessons and independent work. New technologies will make education less formal and more distributed. Most educational institutions will enter the streams of content production. The top tech giants are actively investing in this area.

Classic educational products will lose university (school) academic status, and digital interactive systems will conquer the place of traditional textbooks. Through new educational ecosystems, the distinction between primary and secondary education will be disappearing.

Similar tendencies are happening in the entertainment industry. Most people are turning to streaming platforms. Demand for home entertainment is so high that Netflix and Disney+ services have announced they are going to reduce their picture quality by 25 percent so that the internet doesn't get bottle-necked.

During detection, isolation, and prevention of pandemic, special attention is given to big data and artificial intelligence instruments. The integration of various sources of information using those technologies will allow the governments to organize and process the identification of individuals, their movements, and even health status.

Since people must get prepared for other potential pandemics, it will stimulate further development of big data technologies and improve the ability of people to use big data to understand society. Deeper penetration of big data into the private lives of individuals would become inevitable.

Much more attention will be given in the future to the quality of public health. Remote monitoring, sophisticated digital diagnostics, and a new generation of various medicines and drugs, like smart pills will advance fairly quickly.

Internet of Bodies (IoB), which is the Internet of Things (IoT) connected with the human body through devices that are ingested, implanted, or connected to the body in some way will change our world even quicker. Once connected, data can be exchanged. The bodies and devices will be remotely monitored and controlled.