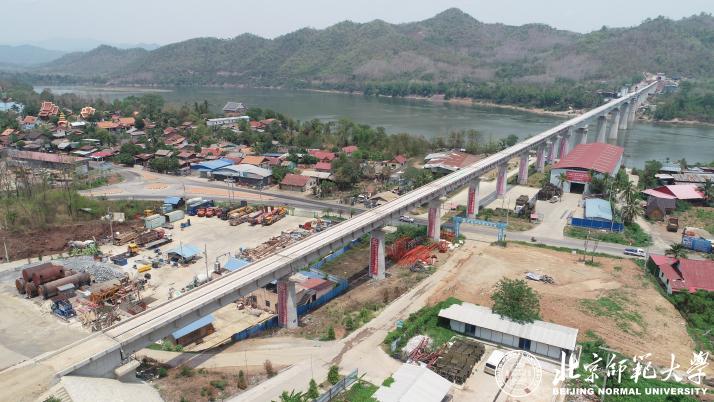 The Luang Prabang bridge over the Mekong River in Laos on April 23. It is part of the China-Laos Railway, a major Belt and Road cooperation project (XINHUA) 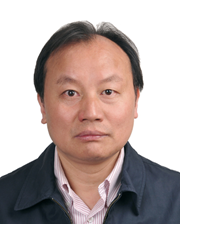 While the novel coronavirus disease (COVID-19) pandemic has dealt a heavy blow to the global economy, China reported its first economic decline since 1992 when the quarterly GDP data was published.

Standing in stark contrast with the decrease of overall trade in goods, China's imports and exports with other participants of the Belt and Road Initiative recorded a growth of 3.2 percent over a year earlier. Among them, China's trade with members of the Association of Southeast Asian Nations (ASEAN) and Russia increased 6.1 percent and 5.7 percent, respectively. ASEAN has overtaken the EU and the U.S. to become China's largest trading partner. Proposed by China in 2013, the initiative, consisting of the Silk Road Economic Belt and the 21st-Century Maritime Silk Road, aims to build a trade and infrastructure network connecting Asia with Europe and Africa along and beyond the ancient Silk Road trade routes.

The China-Europe freight trains made a total of 1,941 trips and transported 174,000 20-foot equivalent units of goods in the first quarter, up 15 percent and 18 percent year on year, respectively. This contributed significantly to the trade growth, because most of the countries connected with the China-Europe freight train service are participants of the Belt and Road Initiative. More importantly, the supply chains between China and these countries have basically remained undisrupted through the trains.

However, trade and investment is just one aspect of Belt and Road cooperation and can't represent the whole picture of the impact of the pandemic on it.

By the end of 2019, 137 countries had signed memorandums of understanding on Belt and Road cooperation with China, including 64 Asian and Central and Eastern European countries, 44 African countries and eight South American countries. Looking at the COVID-19 impact from a general perspective, the situation should be a cause for concern.

First, ongoing projects were mostly shut down or suspended as many countries issued stay-at-home orders due to the pandemic. Although some countries have started to reopen the economy, the situation is still severe and the prospect of resumption of production activities is still not clear.

Second, transportation has been disrupted by the pandemic. To contain the spread of the virus, many countries have blocked roads, halted sea transportation and flights, and even closed borders. Thus, it is difficult to transport equipment and materials to businesses in demand on time. Coupled with the absence of technicians and workers, operations of these projects have been hit hard.

Third, global demand has shrunk. The global economy is facing a possible recession and the economies of almost all countries have contracted. The demand, including for transportation and energy, has fallen sharply, which has dampened the interest of some countries in some projects.

Fourth, fundraising has become difficult. Affected by the pandemic and the looming economic recession, some participating countries might reduce the resources and funds allocated to Belt and Road projects, and some could even find it difficult to repay their loans on schedule.

Under the effects of COVID-19, Belt and Road cooperation is set to face various challenges this year and its pace is likely to slow down. That means the strategy should be adjusted accordingly, putting more emphasis on stability rather than speed and quantity of projects. While ensuring steady progress of the projects that have been launched, parties concerned could appropriately expand areas of cooperation and improve the quality of development. 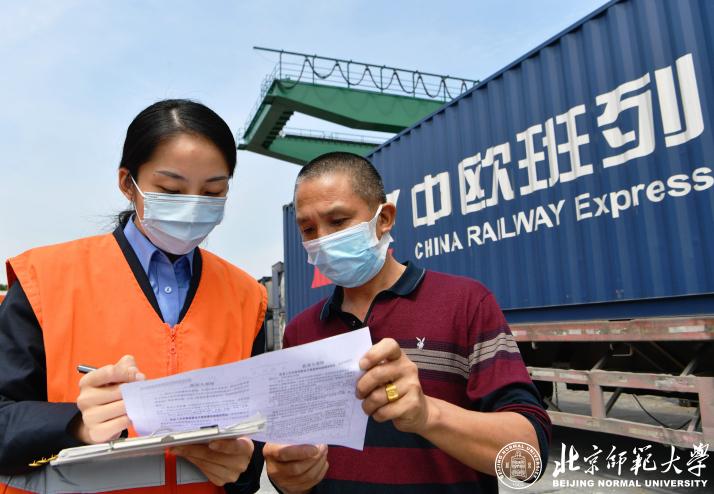 A railroad employee (left) and a shipper's agent go through procedures for goods delivery by a China-Europe freight train in Xiamen, Fujian Province in southeast China, on April 25 (XINHUA)

Due to COVID-19, China and other Belt and Road participating countries have adjusted some policies implemented before and are focusing on broader areas of cooperation. All countries need to adapt to changes in domestic and international situation.

The pandemic has had a big impact on global supply chains, and some multinationals have begun to diversify their portfolio of suppliers and limit dependencies by relocating or reshoring manufacturing operations, which may facilitate the development of regional and national industrial chains. While continuing to promote cooperation on major infrastructure projects, more Belt and Road projects should be devoted to developing industries and products aimed at local markets. Centered on the platform provided by the initiative, China and other participating countries can explore more opportunities to co-develop regional and national industrial systems.

Traditional services industry suffered heavily from COVID-19, especially the catering, hotel, retail and tourism sectors. However, the outbreak has also promoted the development of various Internet-based sectors such as e-commerce, online education and telemedicine, and provided good opportunities for the development of the digital economy. In China, total retail sales of consumer goods in the first quarter fell 19 percent year on year, but online retail sales of goods increased 5.9 percent, accounting for 20 percent of total retail consumption.

In addition, as a result of surging usage of online services, China's mobile Internet traffic in the first quarter surged 39.3 percent year on year. Other countries have also registered growth in the Internet-based service industry. That means under the framework of the Belt and Road Initiative, there is stronger motivation for cooperation in the digital economy sphere, and the Digital Silk Road will have better prospects.

Many countries will strengthen the public health sector after this pandemic and vigorously develop the production of medical equipment, drugs and other products. China has some advantages in this regard such as complete supply chains and adequate production capacity. There will be greater potential for cooperation under the Health Silk Road.

Finally, many countries have introduced or will introduce a series of fiscal stimulus policies to galvanize the economy, which means their debt ratio will increase by varying degrees and managing the possible debt risks will become especially important. China and other participating countries should work together to mitigate risks and promote sustainable Belt and Road cooperation in accordance with the Debt Sustainability Framework for Participating Countries of the Belt and Road Initiative and other related regulations.