Regardless of name, an event worth celebrating Enlisted as an Intangible Cultural Heritage of Humanity by UNESCO in 2009, the festival falls on the fifth day of the fifth month of the Chinese lunar calendar. Consequently, it is also called the Double Fifth Festival.

The multiple names show that the Dragon Boat Festival is not only a festival to pay respect to ancestors, but also a festival to show care for people and protect life and health.

Gao Bingzhong, a folklore professor at Peking University, thinks because of the passage of time and the diversity of festival events, the connotation of the Dragon Boat Festival is complex, and continually developing. 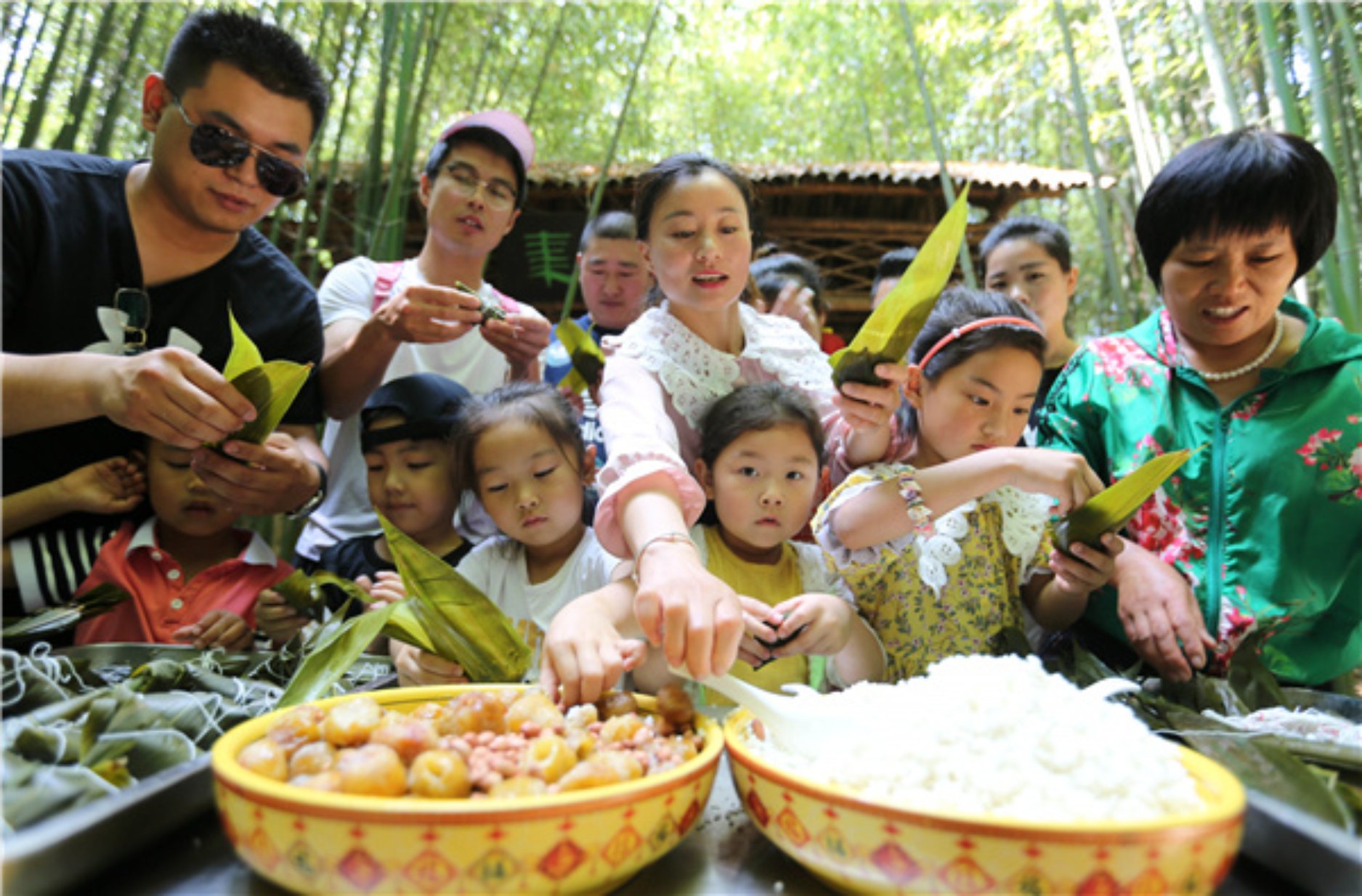 The origin of the Dragon Boat Festival has many legends－from Qu Yuan, a great patriotic poet in the Warring States Period (475-221 BC) to offering sacrifice to the dragons.

Qu Yuan is not the only legend linked to the proceedings. Wu Zixu, a general of the Wu state in the Spring and Autumn Period (770-476 BC), Gou Jian, a king also in the Spring and Autumn Period who suffered humiliation before defeating his adversary and Cao E, in the Eastern Han Dynasty (25-220) who was so filial to her drowned father that she threw herself into the river－are also linked to the festival.

Jiang Shaoyuan, a folklore scholar, published an article in 1926, analyzing the origin of the Dragon Boat Festival. He believed it was primarily about public health. He thinks boat racing is actually to deal with public health issues mixed with a touch of "magic".

Patriotic poet Wen Yiduo (1899-1946) proposed the theory of offering sacrifice to the dragon. He considered that the fifth day of the fifth month in the Chinese lunar calendar, Dragon Day, originated from the Wuyue people in the Spring and Autumn Period and the Warring States Period.

Wen realized that the zongzi, a traditional Dragon Boat Festival treat made of glutinous rice, plays a hugely symbolic role. It is wrapped in reed leaves to be placed in water and "eaten by dragons". A senior resident brushes a child's forehead with realgar liquor as a blessing at Gaoping village in Huaying, Sichuan province, in May 2017.

Dragon boat racing is an event related to offering sacrifice to the dragon.

Lin Jifu, a folklore professor of the School of Ethnology and Sociology at Minzu University of China, thinks the origins of the festival come from two sources; from people in ancient times to commemorate a local figure, and the other from scholars to research scientifically and objectively.

"Both explanations of the origin are meaningful, we don't deny any as they all come from life," Lin says. "The fifth month in the lunar calendar is associated with bad weather which may cause disease (and plagues), so it's a festival that shows how ancient people pin their hope on gods to end disasters and protect life."

The customs of the Duanwu Festival are related to both possible origins. Dragon boat racing and eating zongzi are the most popular traditional activities to celebrate the festival. 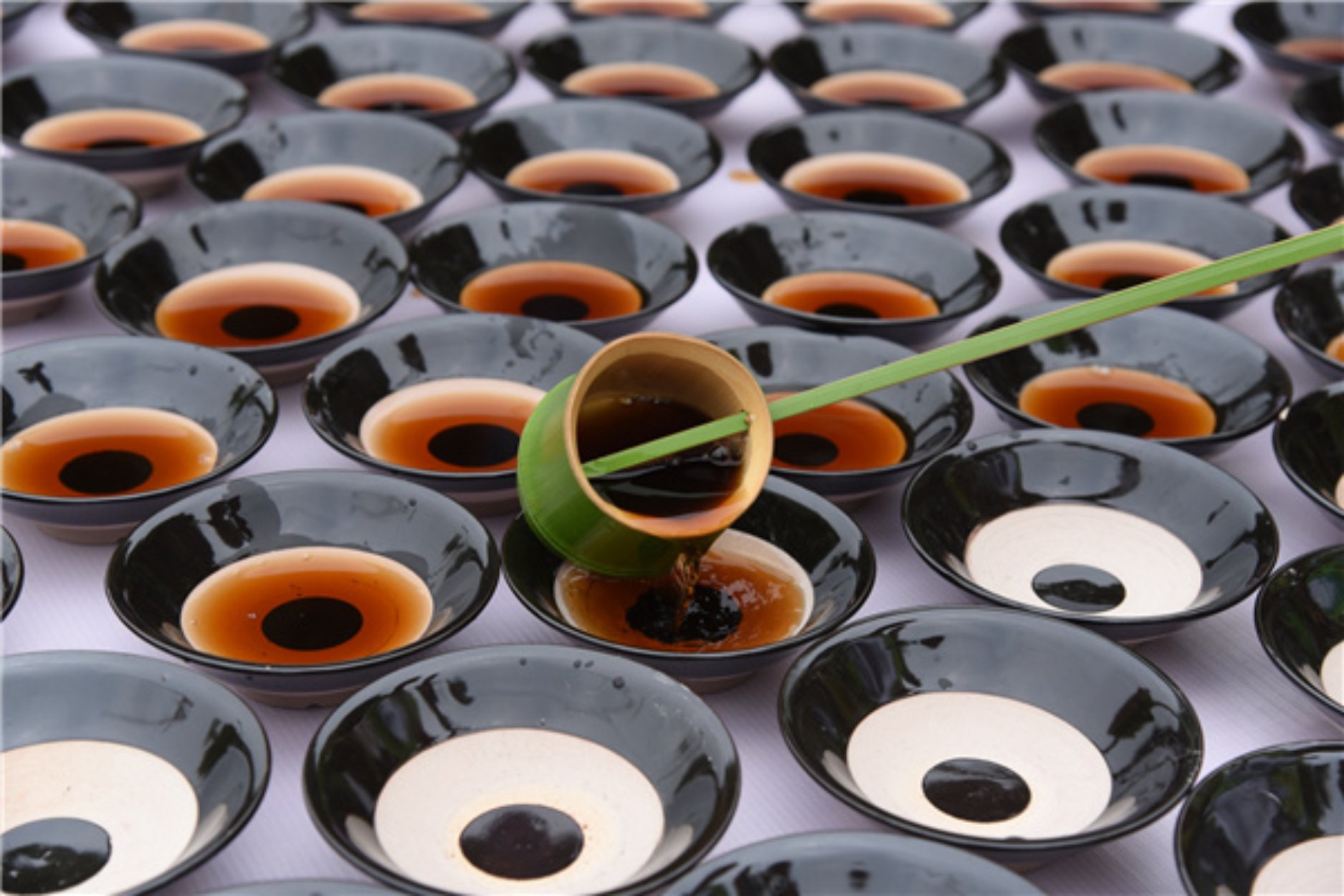 Bowls of realgar liquor prepared for tourists to mark the festival at Songcheng, a scenic spot in Hangzhou, Zhejiang province, in June last year.

Besides these, there are also many customs including hanging Chinese mugwort and calamus, wearing five-color ropes, sachets, putting on charms, and drinking xionghuangjiu, realgar liquor.

Valuing marriage is also an important part of the Duanwu Festival. Duanwu is also called Daughter's Day. On this day, the married daughter goes back to her parents' home and the unmarried to-be son-in-law visits the future father-in-law's family.

"The Duanwu Festival is about the time to harvest wheat, so the married daughter comes back home for a meal to try the new wheat," Lin explains. "It aims to value the relationship between families and marriage and also shows people's aspirations to a better life."

Besides the dragon boat and zongzi, water is also an important element of the festivities.

The Duanwu Festival is also named the Yulan Festival. It translates as the best time of the year to have a bath with Chinese herbs.

The tradition is still kept up in the Guangxi Zhuang autonomous region. On the morning of the day, people go to the mountains to collect herbs and boil them in a large pot for a bath.

In Fan Zhiming's book about the natural conditions and social customs of Yuejiang, Hunan province, in the Song Dynasty (960-1279), he recorded a ceremony to avoid plague－a boat race.

Lin thinks all historical figures about the Duanwu Festival are related to water and to ward off floods by offerings sacrifices to the gods.

Lin thinks all Duanwu customs demonstrate the common values of Chinese people, which shows the relationship between nature and human beings and people's ideals and pursuit of life.

According to Lin, of all the 56 ethnic groups in China, 27 have their own Duanwu Festival including the Han, Hui, Miao, Zang, Zhuang and Yao ethnic groups.

He thinks the ethnic groups have gradually developed their own Duanwu customs through mutual learning, which makes the festival a cultural bridge to span language barriers. "Because all ethnic groups share the same value orientations and same views for life," he says. 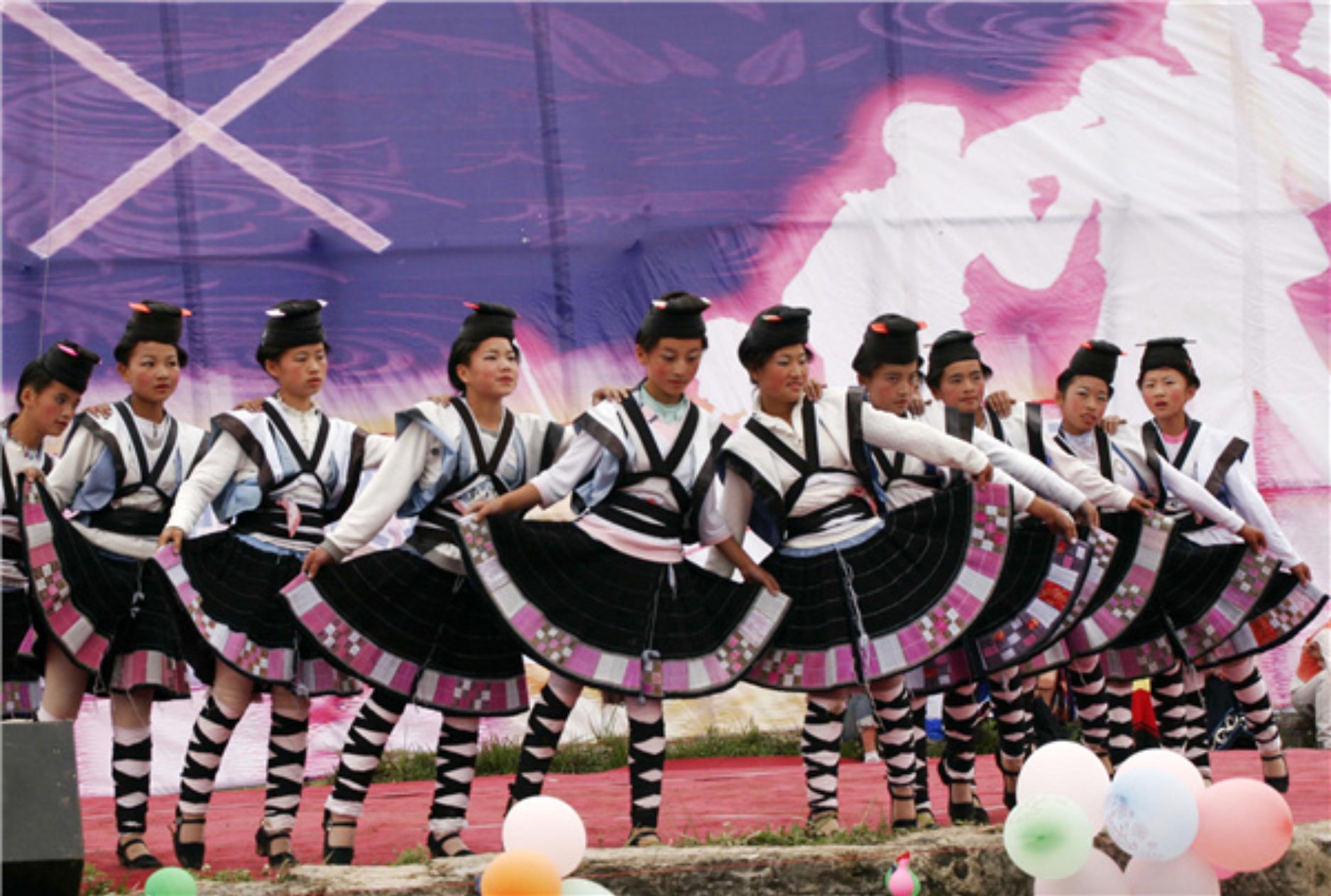 "The communication between the ethnic groups drives the spreading and inheriting of Duanwu customs, and the customs can be learned, developed and changed by each ethnic group," Lin says. "It shows that the customs have penetrating power through time and space."

Take the custom of hanging Chinese mugwort as an example. People in Jiangsu and Zhejiang provinces will also hang garlic with the mugwort while people in Guangdong province's Chaozhou area would hang pomegranate flower instead, and people in Taiwan would choose a banyan branch.

"The change of this custom is related to people's living environment and the historical tradition they inherit, but no matter how multifarious it shows, the aim is to wish the family safety and health," Lin says.

"The changes of the Duanwu customs are based on the changes of people's life needs, which has revitalized this festival over thousands of years," he says.

Lin thinks the inheriting of Duanwu customs combines both modernity and tradition.

"The inheriting of Duanwu customs includes Chinese people's choice of culture and life, and it also shows the cultural creativity and cultural confidence of Chinese people," Lin says.

Xiao Fang, a folklore professor of School of Sociology at Beijing Normal University, thinks unlike other traditional Chinese festivals such as Spring Festival and Mid-Autumn Festival which mostly celebrate family gatherings, the Duanwu Festival not only values the importance of family but also protects life and honors the memory of ancestors.

"When we enjoy and inherit the customs of the Duanwu Festival, we receive the ethnic education, spiritual pleasure and blessings for life," Xiao says. The festival is celebrated not just in China. Some other countries involved in the Belt and Road Initiative also have a tradition of celebrating the Dragon Boat Festival with similar customs.

Both the Chinese calendar and the festival system have spread through regions involved in the initiative to countries alongside since the Han Dynasty (206 BC-AD 220) and the Tang Dynasty (618-907).

According to Xiao, Children's Day on May 5 in Japan was originally called Tango no Sekku, which was one of five annual ceremonies held at the imperial court－it was celebrated on the fifth day of the fifth month in Chinese lunar calendar.

"In Japan, calamus is also valued on this day. From calamus liquor, calamus bath to calamus pillows, people take calamus as a thing to exorcise demons," Xiao says, adding that zongzi is also a festival food in Japan.

Xiao thinks the purpose of celebrating Duanwu in both South Korea and China is the same, which is to ward off evil spirits and avoid plague, although the customs differ.

"For sports events, the Chinese focus on dragon boat racing and Koreans on wrestling," Xiao says.

In Vietnam, people celebrate the Dragon Boat Festival on the fifth day of fifth month under the Vietnamese calendar by eating zongzi and drinking realgar liquor.

"Protecting the children is an important tradition on Duanwu Festival in Vietnam. People would smear realgar liquor on the child's forehead, breast and belly button, and also put five-color rope on their wrists," Xiao says.

He thinks the Belt and Road Initiative is not only an economic route, but also one that promotes mutual learning of the festival and spiritual culture.

Celebrating the Duanwu Festival is a tradition that has stood the test of time. Xiao also thinks customs to protect life have a contemporary meaning.

"We can absorb the wisdom and spirit of fighting the difficulties from our tradition of the Duanwu Festival and use them to face the difficulties of current times, whether the Wenchuan earthquake in 2008 or the COVID-19 pandemic," he says.