On November 10, 2020, China's 37th Antarctic Expedition set sail on the Xuelong 2(or Snow Dragon 2), heading straight south to the Antarctic for scientific missions. 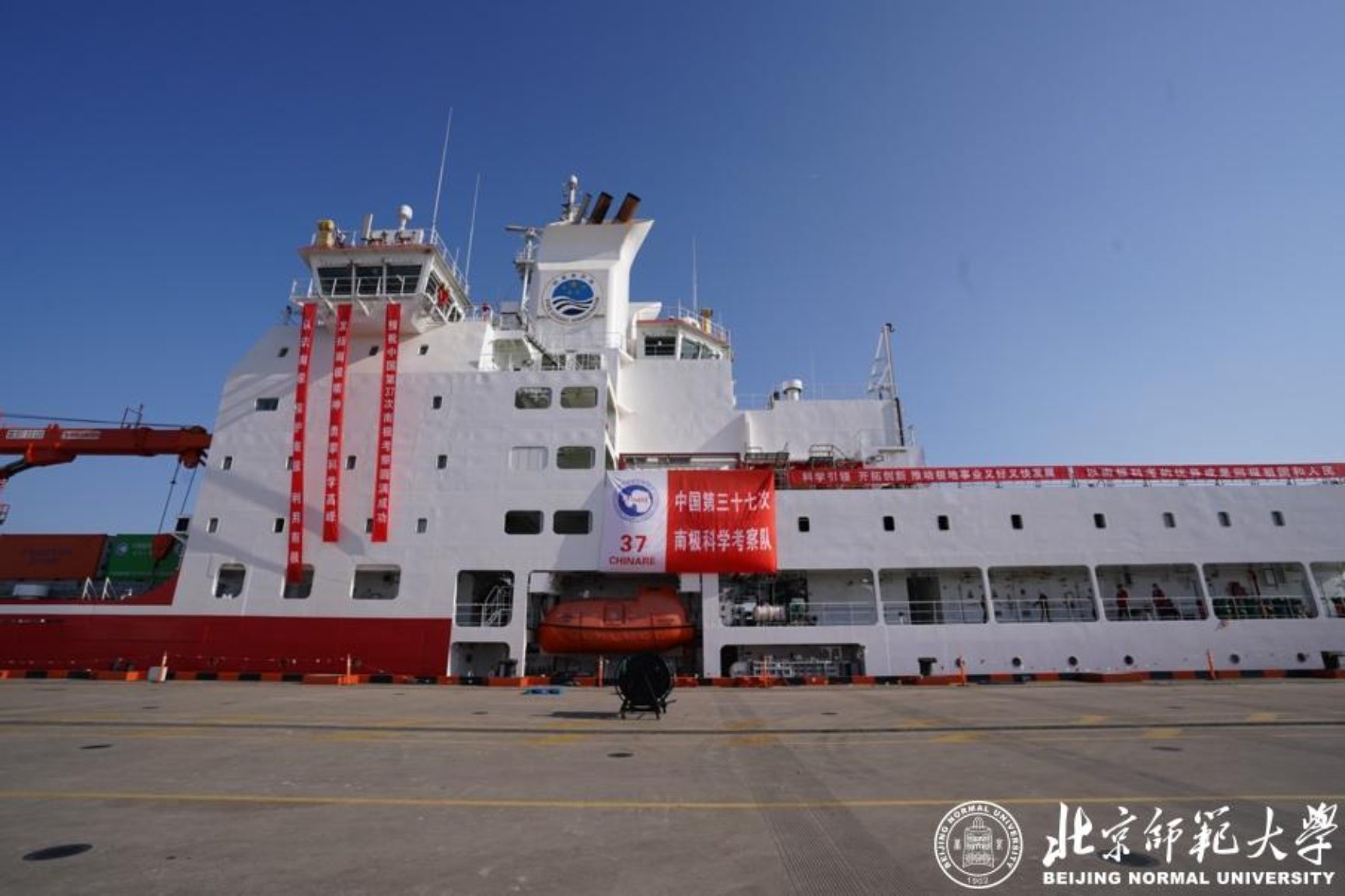 As a member of this Antarctic expedition, Yan Denghui, a 2020 doctoral student at the College of Life Sciences of Beijing Normal University, sailed off from Shanghai, passing Christchurch in New Zealand, China’s  Zhongshan Station, Port St. Louis in Mauritius, and China’s Great Wall Station, and finally returned home after the 180-day scientific expedition. This article is Yan’s Antarctic Journal. The pandemic added extraordinary difficulties to the 37th Antarctic expedition. In the past, members of the expedition flied to the regions relatively close to the Antarctic, and then sailed to the continent. However, in order to prevent infection, this year’ expedition team chose to complete the missions all on board. In the 180 days, the 120 team members had no network or cell phone signal, almost completely isolated from the world.

As China's first domestically built research icebreaker and scientific research vessel with a maximum speed of 27.8 kilometers per hour, Xuelong 2 reached the southern hemisphere only in a week after sailing off from Shanghai. On December 20, the icebreaker arrived at the fast ice around the Zhongshan Station. Unfortunately, the team encountered a severe ice situation that had not been seen in 10 years, which made the disembarkation extremely difficult. The team temporarily adjusted the plan, and thus completed the material disembarkation and personnel rotation for Zhongshan Station. But the work only just began for the expedition. On December 31st, Xuelong 2 officially started its oceanographic expedition. 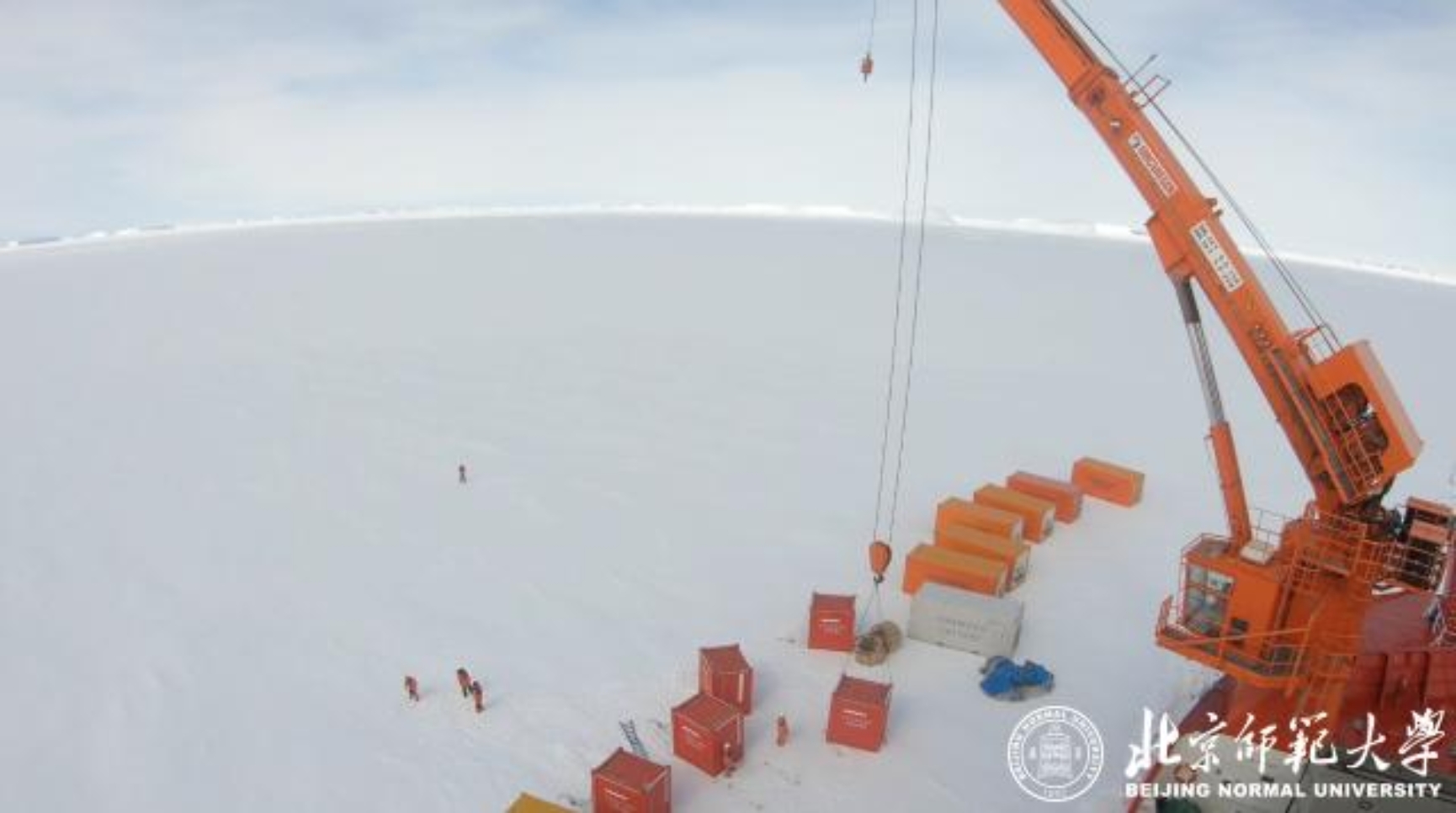 The eternally frozen icebergs towered, and the mighty waves raged. Nevertheless, there were still many wild animals thriving here, whose tenacious vitality amazed Yan. Yan’s job was to carry out Antarctic bird and mammal surveys with cameras and telescopes. He needed to find them, record them, and get to know them.

Yan’s work usually started at 7 a.m. if it was a day with mild wind and waves. He would put on his penguin suit and do observations on the deck or top floor of Xuelong 2 -- places with broad horizons which were very conducive to observations. As Xuelong 2 marched on, different wild animals would come into Yan’s view, such as penguins, seals, whales, and birds. 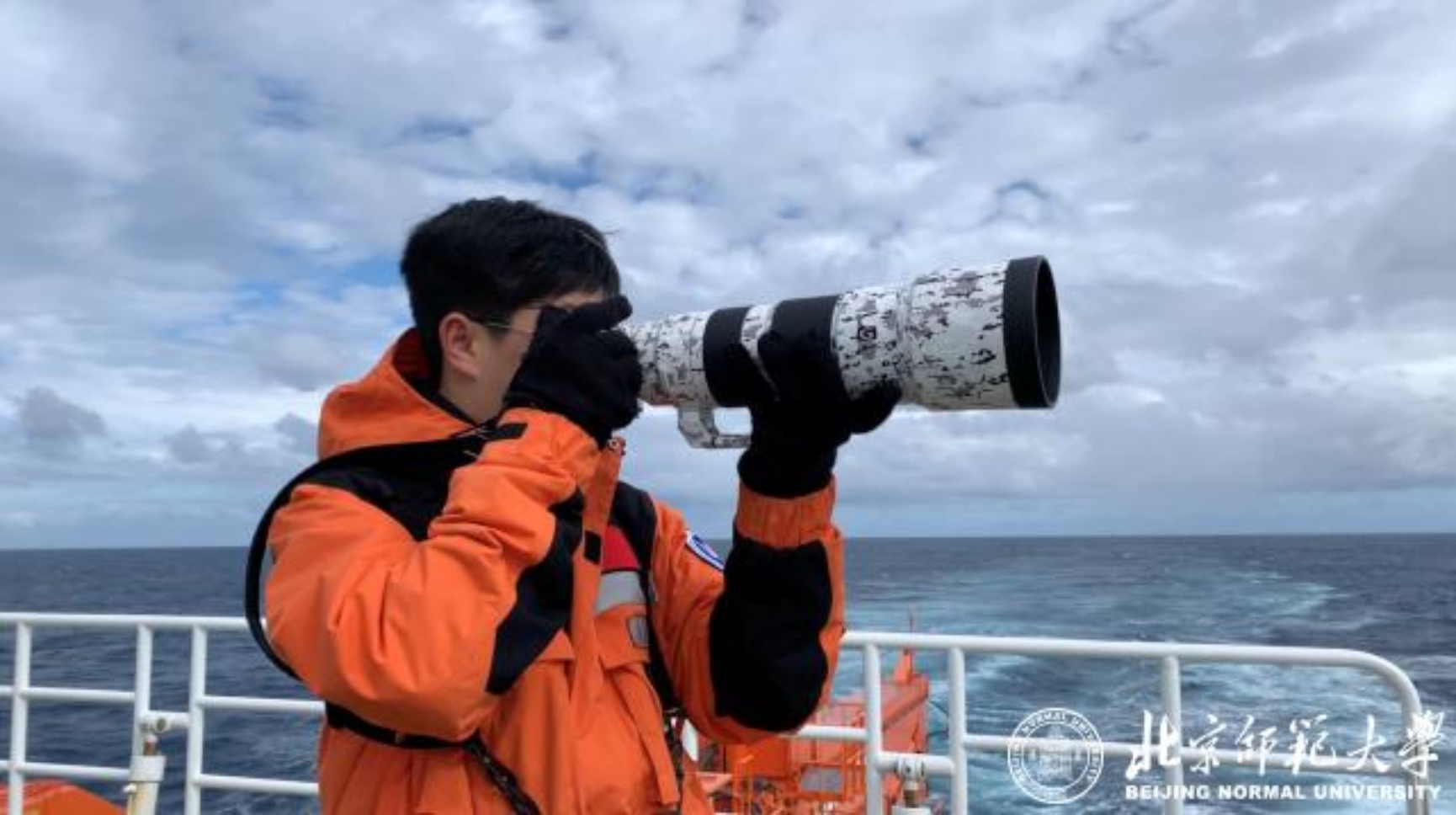 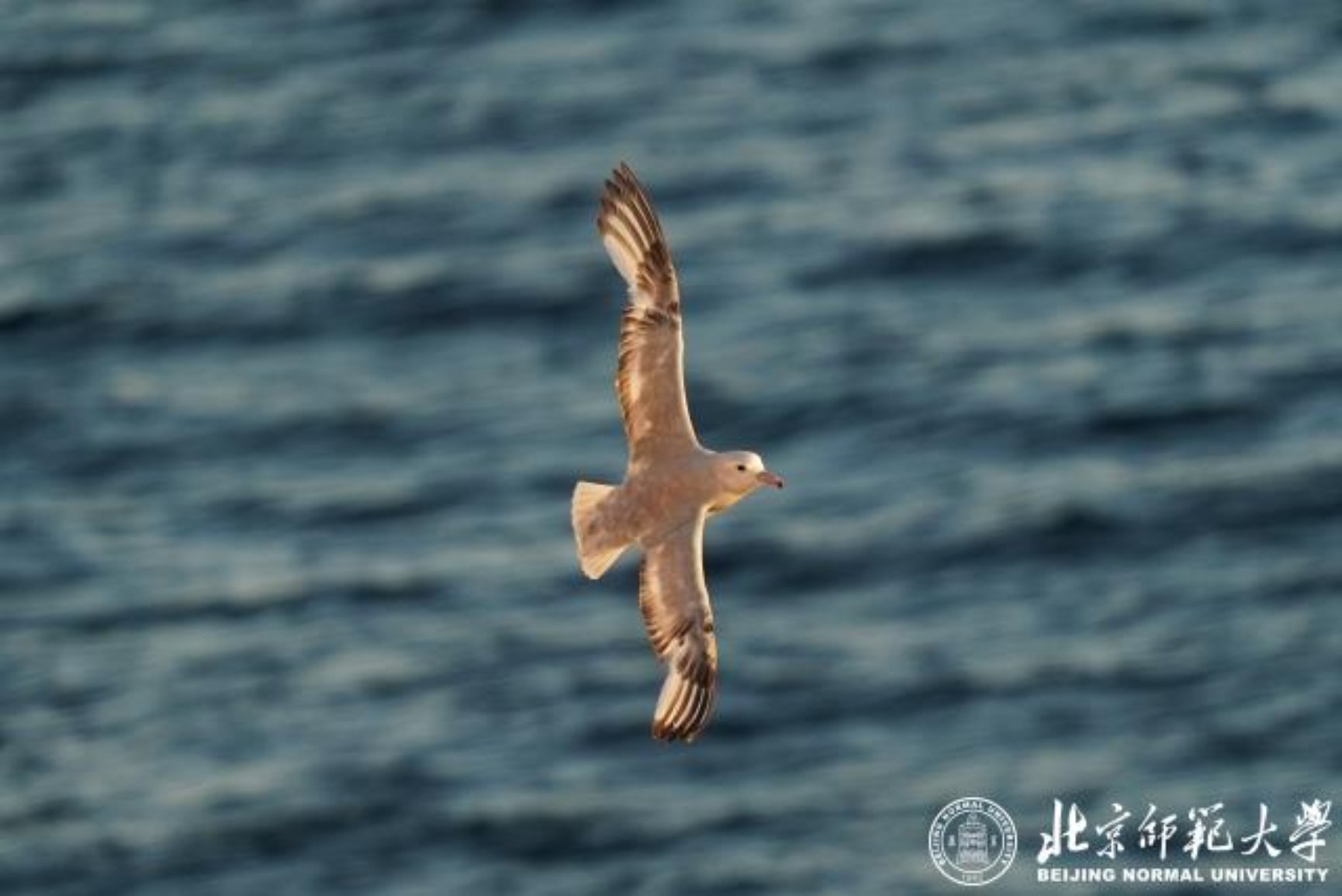 Yan and his teammates were constantly battered by cyclones. If the weather conditions were disagreeable, the captain would impose a ban. Then, Yan could only observe from the cockpit. As it was polar day, observations for the day usually ended at 12 p.m. 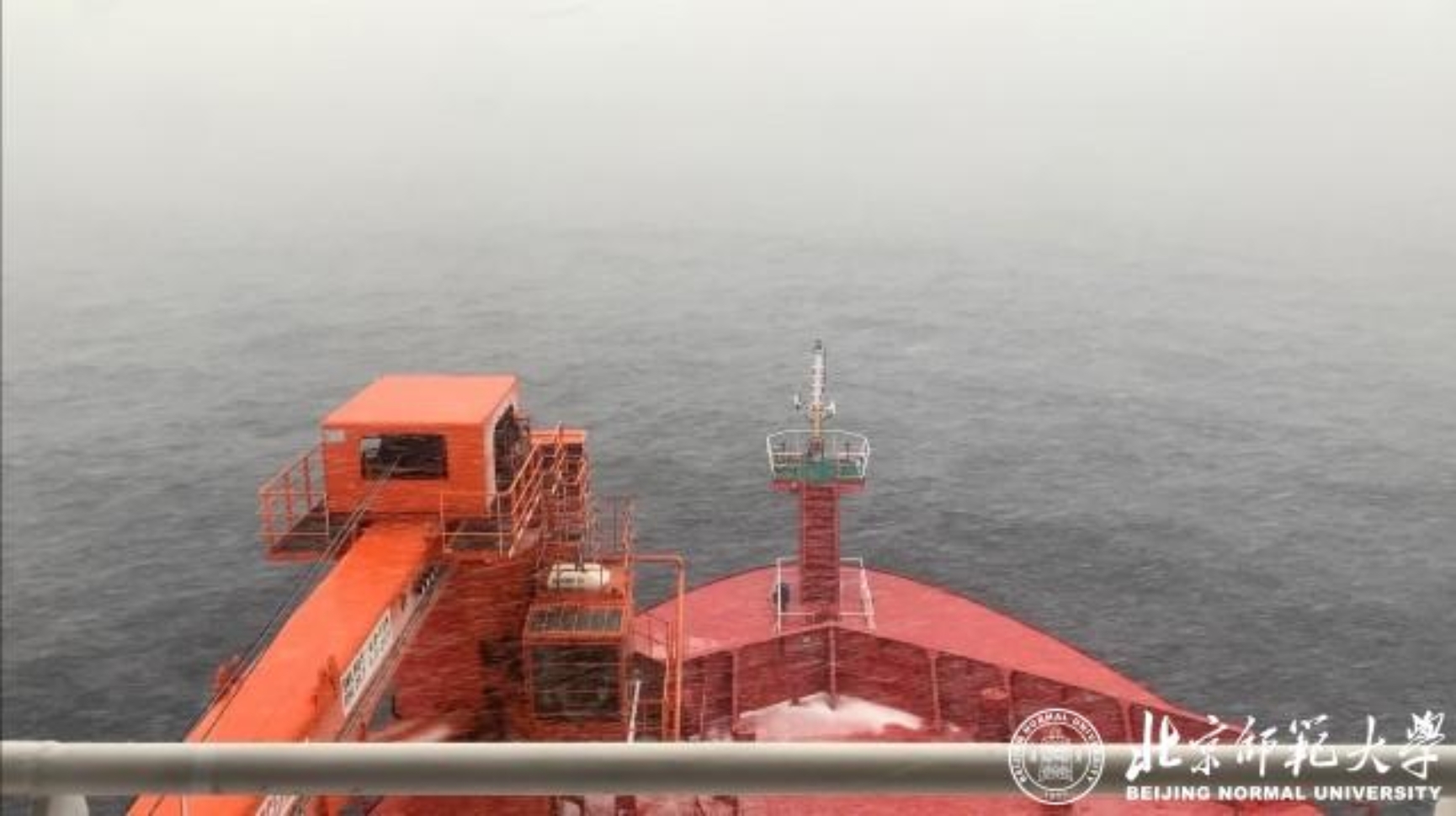 On March 6, Xuelong 2 arrived at the Great Wall Station and carried out disembarkation and personnel rotation. Without a stop, the team sailed to the next sea area for the second phase of the oceanographic expedition. By this time the Antarctic had turned into winter, and the weather conditions became even worse. The team members must endure low temperature, snow, darkness and strong wind. Since the 37th expedition was not accompanied by a reporter, Yan also took on photography and cinematography, and provided pictures and footages for CCTV documentaries. On May 6, the Xuelong 2 ship smoothly docked at China's polar exploration base in Shanghai. In accordance with epidemic prevention requirements of China, nucleic acid testing was carried on all the personnel on board. On May 7, after tested negative, the team officially returned to their homeland.